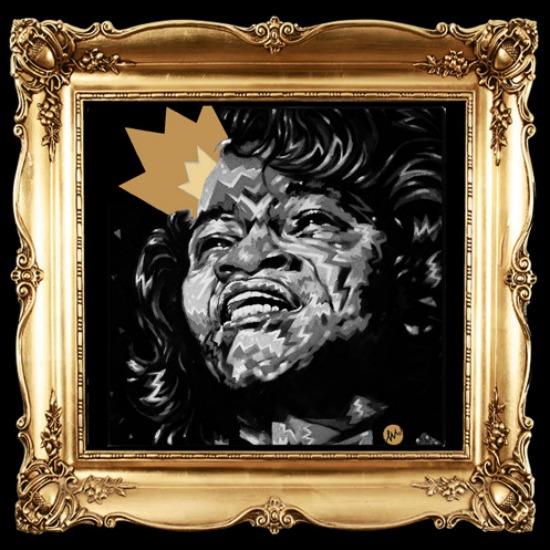 There’s a certain series of stages that everyone who’s ever made a mixtape goes through. If you’ve made one, then this’ll make sense: It always begins with just compiling your favorite-for-the-moment tracks onto a freshly unwrapped tape, then you progress to the importance of song placement, followed by the vital progression/transition from one track to the next – and this is where lots of us kinda drop out and move on to playlists – finally, the blending, intros/lead-ins, loops/added beats, cuts, samples and themed sets stage. A very small portion of the mixtape community ever make it beyond the High Fidelity stage (step 2 or 3). But for those dedicated enough to continue on and try to forge ahead, magical things start to happen.

J. Period, who is heralded for his magnificence on mixtapes, is one of the few who turned making mixes into an appreciated artform – the type that took the aforementioned last stage and added two more more rungs, and took 3 big strides beyond that. Ten years ago, dude made far reaching ripples with his Nas mixtape. Now, he’s performing with Nas…and all your other favorite artists. The Brooklyn Nets know him very well for what he’s done for the franchise. His tribute mixes are incredible. (Get ahold of J.PERIOD & Q-TIP “THE [ABSTRACT] BEST” VOL. 1 and see what I mean) And it’s not just the fans that enjoy them, your favorite DJ’s are touting him just as highly.

Anyway, a couple of months ago I was record digging with (everyone’s favorite author) Adam Mansbach talking music, specifically our favorite MC’s and he said that at the moment he was really feeling what Black Thought was doing. OK, the last two Roots albums were cool, he’s dope, no doubt but…really? Oh, there’s a mixtape that you’ve been listening to with J. Period mixing James Brown and Black Thought’s just going off live for 30 some minutes? Word. I need to hear that! Cuz you’re kinda hard to impress, Adam Mansbach.

So, I’m looking everywhere for this mix. Scouring the internet. Only it doesn’t exist yet (at the time) for you and me. Only J. Period’s personal friends had copies at that point. Now I’m kinda fiending for it because I have very similar taste in music to Adam’s (I don’t know too many people that would place Special Ed, Kwame and Grand Puba into the category that we do) and he’s telling me that what Tariq (Black Thought) did on that project is impressively ridiculous.

On top of that, J. Period had released a James Brown tribute mix only months before and that shit was fire! In my mind, I’m hearing that mix with The Roots’ MC dropping the illest verses of his career and it’s the best thing I’ve ever heard…only I haven’t heard it yet. I’m still waiting to hear it.

Well, the other day was the birthday of the Godfather, James Brown. In honor of that day, J. Period finally released that beast of a mixtape into the world. Finally! I had been waiting to hear this for weeks…and it is as impressive as was advertised.

All of the familiar JB samples that you know and love or Hip Hop classics that sample JB are on display here blended and mixed smoothly like this mornings’ smoothie. There are samples throughout that add to the feel of the bridging of generations that James Brown’s music was responsible for. There are also great cut outs that allow for Tariq to do his thing and put emphasis where exclamation points are needed.

As for Black Thought, yes, he is on some next level shit. My first Roots album was Do You Want More and I played that damn thing out. But it was more the Hip Hop band thing that I was drawn to, not the MCing. So, I wasn’t really impressed by Black Thought at that point. Then Illadelph Halflife dropped and oh shit, did Black Thought just come into his own or was I missing it on the last album? Now I was checking for him as an MC. From that point on I’ve really respected what he’s done on the mic. I think what happened since then is that I kinda forgot about what an amazing lyricist he is because how can a guy who’s on one of America’s most watched shows be a mic slayer? Mainstream media has me thinking things like that. Sorry, Black Thought. You are definitely a top 10 MC. I let the Late Night thing get to me for a minute. But not after this J. Period mix.

“I tried to tell these motherfuckers on Respond React,
I’m one of the nastiest to do it
As a matter of fact, who you’re top 5?
Jay, Biggie, Pac, Nas
I ain’t tryin’ to hear another name if it’s not mine”

I think the lesson here is, if Adam Mansbach tells you a project is dope…it is. What we have here is a legend in the mixtape game, a legend in soul, funk and laying the groundwork for Hip Hop game and a legendary MC all one one project. And every one is on display. And every one is at his best. And you can finally hear it too, even if you never even knew it existed.

Check out J.Period dot com for a bunch of other great music that you can thank me for later. Let me know which of his mixes is your favorite. I wonder if Mr. Mansbach’s is J. PERIOD PRESENTS…#RAGEISBACK?
I don’t think I could choose but I sure would love to get my hands on one of those 10th year anniversary joints…

I first heard 8thW1 on his collaborative project with 2 Hungry Bros. After that he popped up like a…