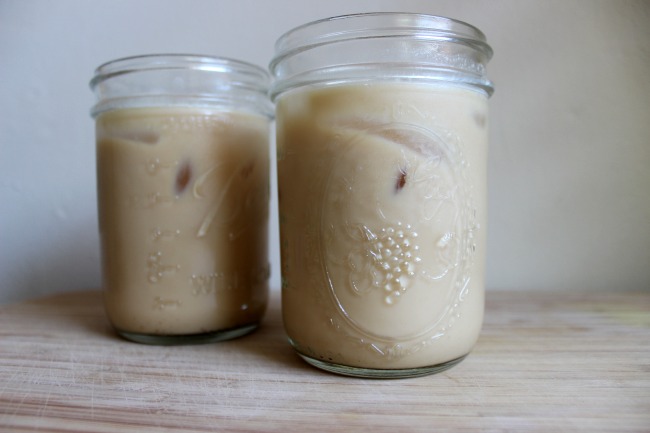 One of my favorite splurges in life is a Thai Iced Tea. What keeps me from drinking this fabulous orange sweetness is the fact that it’s loaded with sugar and it has food dyes in it – hence the orange-yellow color. I’ve been looking for how to make it myself for a minute, but could never find a tea blend that didn’t have the artificial color added in. Until now.

I was so stoked to see this recipe in the June 2013 issue of Bon Appetit that I actually borrowed the magazine (without permission) from a waiting room I was in recently. We all have our weaknesses, right? Plus, I can return it next time.

In this recipe, the ingredient that gives this tea the unique Thai flavoring are anise pods. Aren’t they beautiful? 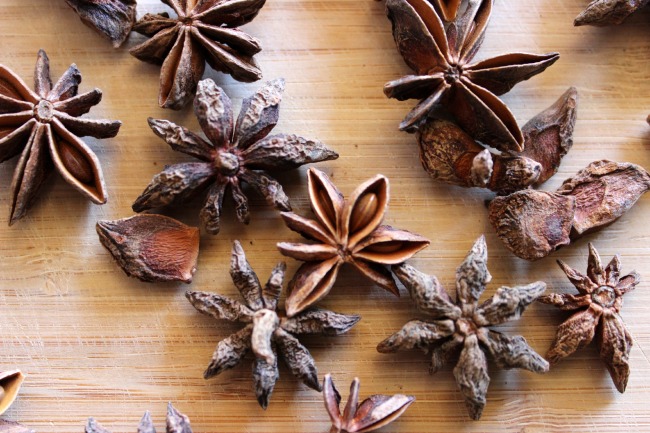 The anise pods get brewed with sugar and vanilla bean to produce a very fragrant syrup. 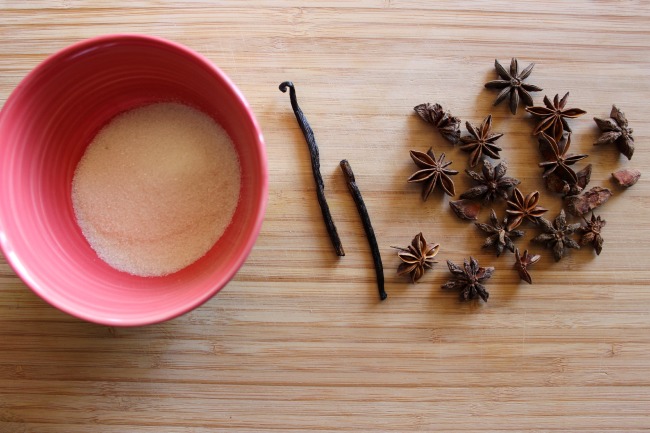 The syrup is added to water, along with a bunch of black tea bags and is left to cold brew overnight. 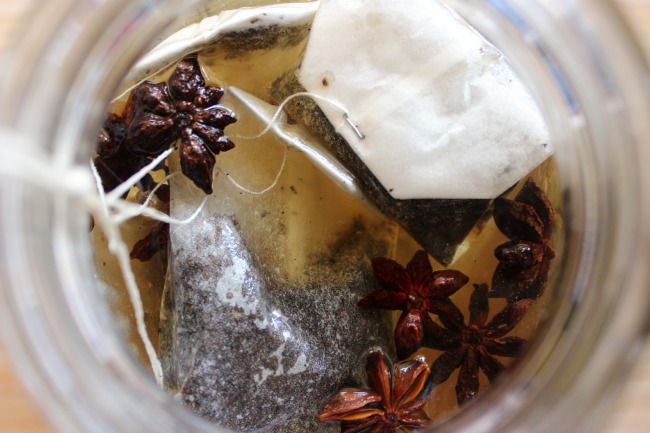 Mix that business with a little heavy cream and sweetened condensed milk and you’ve got yourself a real treat – albeit it’s not as orange as we’re used to… Or as it shows in the magazine. Still, the flavor is pretty on point! I used half the amount of cream and condensed milk than called for in the recipe though. It wasn’t nearly as sweet as something from a restaurant, so keep that in mind when you make this recipe.

Combine the anise pods, sugar and 1 cup water in a small saucepan. Scrape in seeds from vanilla bean, then add the bean. Bring to a boil, reduce heat, and simmer for 10 minutes. Transfer to a large glass container. Add the tea bags and 7 cups water. Cover and chill for at least 4 hours. Strain into another large pitcher. Stir in the heavy cream and sweetened condensed milk according to taste, until the condensed milk is dissolved. Serve over ice.