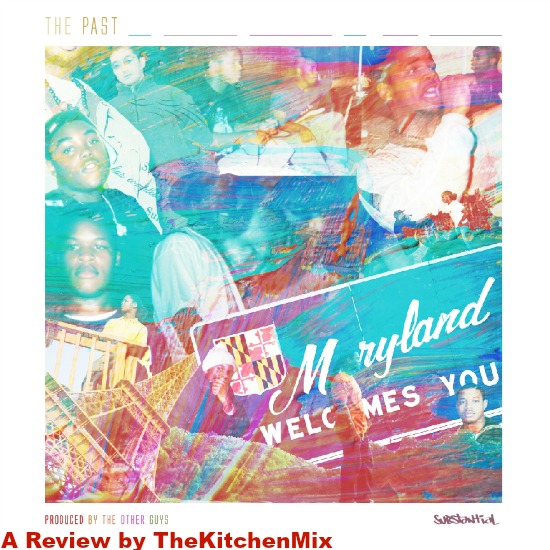 Think about your favorite meal prepared by that one person whose culinary skills, in your eyes, can’t be touched. That one dish that’s incomparable to anything else you’ve ever had and no one can tell you different because nobody can make it like (insert cook). As for me, my taste buds start to perk up when I start thinking about my mother-in-law’s green chili chicken enchiladas or chili rellenos. Nobody’s touching her Mexican cuisine. And she spoils me.

You know how just the thought of that meal, in anticipation of it, you can almost taste it? Yeah, I get that way with music sometimes. You tell me that GZA’s dropping a new album. Or Little Dragon has a project on the way with Big Boi and my ears start preparing themselves. The ear canal starts to pick up phantom vibrations and the tiny hair cells are on amber alert.

So, when someone mentioned that TKM favorites Substantial and The Other Guys were collaborating on an EP well, naturally, the middle and inner ear bones started preparing for that which was to come. And it’s almost here. Well, it’s already here for me – I’m soaking it up as I write this. But you’ll have your chance to get your hands on this when the album drops on March 17th. And, ay – let me tell you – much like that meal that meets your expectations, this project was everything I hoped they’d cook up.

Remember how in the late 90’s Rawkus was just letting loose gem after gem? I pretty much just bought everything with that razor blade logo on it and knew it was gonna be top notch. Well, the days of quality independent labels has waxed and waned since then. However, there are a few beacons of brightness that have made their presence known. Mello Music Group is one. And Hipnott Records is another. The latter is responsible for todays featured project.

This undertaking from Maryland natives, The Other Guys and Substantial – who I’ve been hyping for awhile now, if you’ve been paying attention – is the first in a trio of EP’s that are the stepping stones toward Substantial’s 4th full length album. The collaborative enterprise, titled The Past…, is not the first time that the production duo and MC have worked together. It is, however, the first time they’ve put something together to this degree.

The opening track, “Follow The Master,” picks up right where The Other Guys and Von Pea left off on their collaborative effort with Substantial, Easy To Fall. That was the first taste of what these guys had bubbling in their cauldron. The four including, Von Pea, reunite on this project with a track called “Late Pass.” The headliner drops some nice check-the-resumé bars before Von Pea runs away with the ball for a bit before handing it back. If you didn’t know who these dudes were or what crews they ran with before this track…well, now you know. Oh yeah, and I’m digging that organ at the end.

Even more than their contemporaries, The Other Guys stay true to the notion that sampling and looping chopped up soul and funk is the best recipe for head nodding Hip Hop. Between this, their project with Von Pea and their LP Seeds of Ambition, you can tell that these brothers have come into their own and figured out their formula. Their sound has been very consistent without sounding boxed in.

The lead single off of The Past… is MLK (Dream Big) featuring Substantial’s understudy, See King. This dude comes off with a flow that reminds me of Jay Electronica’s better stuff. I’m not crazy about the hook but the rest of the song is top shelf quality. It’s a poignant track that reflects our societal ills and points to the need for physical and spiritual leadership. Listen to the lyrics, they’re saying somethin’ with this one.

Aside from Von Pea and See King, the only other featured guest on the EP is DJ Jav who lays down cuts on the climaxing closer, “Priceless.” I can’t put my finger on it but I’ve heard that sample somewhere else before. Irregardless, it’s my favorite joint out of the five served up here. It’s the smoothest joint I’ve heard this year. Some springtime long-drive-with-the-windows-down type vibe that simmers with soulful introspective verses.

You’d do well not to miss out on this project. It can be pre-ordered HERE and for less than the cost of a soy vanilla latte you get 5 high quality soulful boom bap Hip Hop tracks by three of the most talented artists you’re likely to find on this hemisphere. March 17th is the official release date. I just hope there’ll be a physical (vinyl or cassette) release. Get it! This is what’s right with Hip Hop.

When it comes to watching sporting events on TV, I’d probably be considered a more subdued fan (although, I…