“My medium of choice is hands-down a #2 pencil.” – Stacks Malone

A few years back I was at a music festival and I came across a booth by this artist whose Living Legends mural was pulling me in like a tractor beam. I took a few minutes to chat it up with the artist, not knowing that years later I’d be conducting an informal interview with him over a plate of nachos at my house.

Stacks Malone (Matt Marxen), who stole his name from his pet tortoise, is a good dude; a mellow type of fellow with a feels-like-I’ve-known-you-for-years vibe. He’s open, genuine, and the kind of guy you really want to root for. It makes it so much easier for me to encourage you to support his work when all he puts out is quality, quality, quality. Heck, before I knew him I had two of his pieces on my CD rack, two on my iPod and one on my wall. I like his work.

I can’t reproduce the man’s whole portfolio but check out some of the album covers he’s created:

1. Casual’s He Still Think He Raw 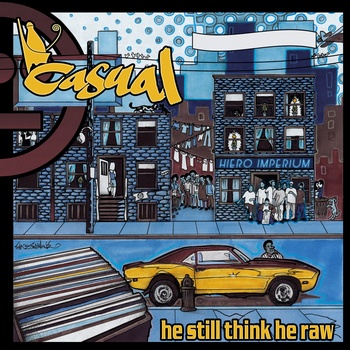 Which can be streamed here…

2. Opio from Souls of Mischief… 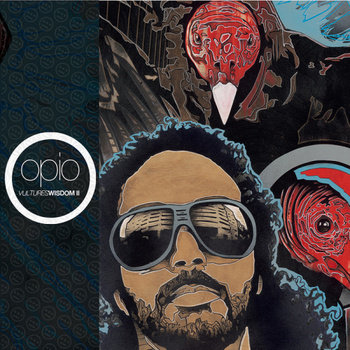 and that can be streamed here… 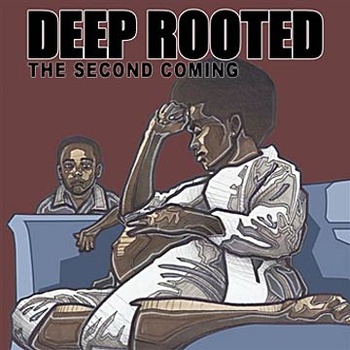 which can be streamed here…

This is one of the pieces that I was referring to when I said I had two on my CD shelf. This album is so good, yet so slept on. It can’t be an accident that his work appears on the cover of some amazing albums. 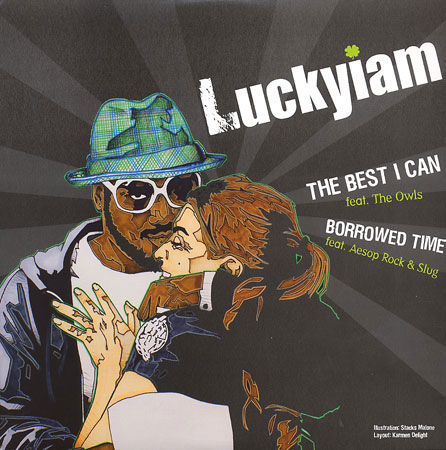 Sometimes I get my Ahmad Rashad on, sit down with artists, turn on the recording device and fire away with my questions. Other times, it’s more of a laid back two or three course snack attack and “weren’t we gonna do an interview?” type of situation. We found ourselves in the second senario when we sat down with Stacks.

Usually we’re the ones bearing gifts, but in a nice change of protocol it was the interviewee that arrived with a gift in hand. We were thrilled to receive this amazing piece that fits nicely here in the Mix. 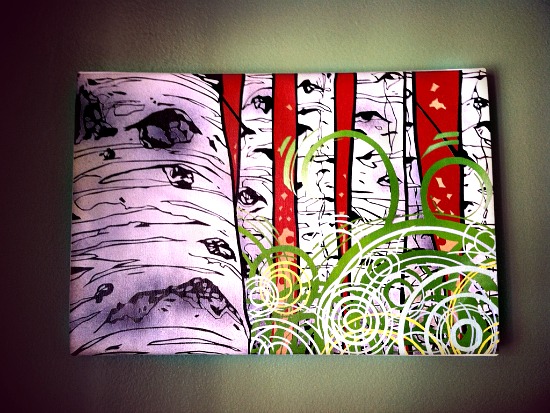 Over a serving or three of nachos, we talked about food, food allergies and music. It’s always nice to talk with people who like to get down in the kitchen themselves. We shared ideas on recipes and ingredients for foods – gluten and/or nut free. Each of us has a family member that requires careful attention to ingredients in foods we prepare.

Not surprisingly we share similar musical tastes. In the web of artists most heavily spun around here many were among Matt’s favorites or previous collaborators. And by that I mean he used their live energy on stage to inspire visual representations of what was being reflected in their music. He’s worked with the likes of Zion I, Digable Planets (probably his most prized collaboration as they featured his piece across their social media), The Cuf, Atmosphere, DJ Drez, Abstract Rude, Mistah F.A.B., Busdriver, Evidence and Brother Ali…to name a few. Yeah, dude gets around. He’s toured with Grouch & Eligh and is a regular with Zion I (the wife’s trifecta of Hip Hop elite).
What’s he listening to now? I had to ask. Apparently, he’s got Big Boi’s latest release and Therapy At 3 on heavy rotate. Look, the guy’s got good taste, so if you haven’t included those in your collection you might wanna follow suit. Just so you know, this is listening music, not painting music. If he’s creating, the beats have to be to something he’s not gonna wanna sing along with; white noise. I can see that. When I write it’s usually to instrumental stuff.

I was most curious about how he first found himself creating album cover art. That’s such an amazing place to have your creations displayed. Think about it, when you think of your favorite albums, the covers to those records, CD’s or tapes is usually what pops into your mind. And in several cases, it’s Matt’s work that pops into my mind.

So, the story goes: Stacks was quite active on the message boards at accesshiphop.com. He was noticed by Mr. Brady of the group, Deep Rooted who approached him about some cover art work (see above). At the time, Stacks was living in Reno where the underground Hip Hop scene is apparently pretty thick. He started creating live art on stage as MC’s and DJ’s did their thing. He probably won’t get any Wikipedia credit for this but he jump started something that took off with painters from around the area. Anyway, he was noticed by many of the groups I mentioned earlier – one thing led to the next and now he’s touring and creating album art for those folks. Not a bad gig!

Stacks Malone is open for business. If you want to commission him or pick up a print (or original) of one of his masterpieces, make that happen. He’s got a website but right now the best way to get in touch with him is probably following him on Instagram or hitting him up on Facebook. Also, if you’re in the Phoenix area you’ll probably catch him painting during one of your finer rap acts.

“Calm your nerves, massage your brain Each moment’s a mineral, poetry’s protein” -Rakim Contrary to popular belief, all calories…