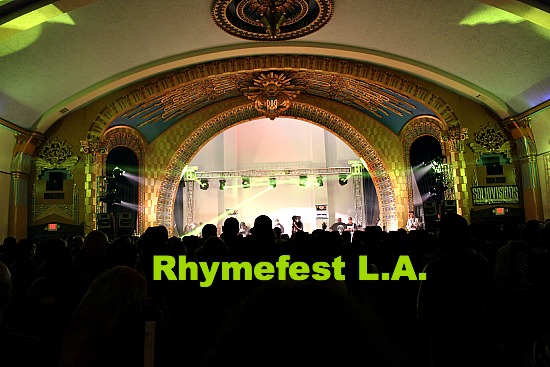 I came home from a mini vacation this weekend to a “Sorry, we missed you” note from the USPS – “I got a letter from the government the other day…” Anyway, heading out of town for a three day getaway can really throw off your schedule. Which should explain why you haven’t heard from us in a few days – no recipes, no interviews, no reviews…but don’t worry, we have quite a bit of goodness in store on the horizon. So, sorry we missed you but we’re back, refreshed and ready to share some of the good food and good fortune that we’ve had over the past week or so.

So, why the mini vacation? Well, several of our friends were participating in this festival that you may have heard about called Rhymefest L.A. Imagine gathering a large part of the best underground MC’s hailing from Los Angeles, several of the top DJ’s in the game and throwing in KRS-ONE for good measure. That is exactly what emerged from this particular event. If there was any idea that L.A. Hip Hop was surviving off memories of times past, that misconception was absolutely squashed this weekend. Southern California turned that festival inside out!

Some of the best that the city has to offer came out and represented to the fullest. You had Goodlife MC’s like Abstract Rude, Project Blowdians like Volume 10 and Ellay Khule, 2Mex and Xololanxinco came together to perform OMD tracks, Awol One and most of the Shapeshifter crew came together like Voltron, members of the Living Legends, newly transplanted Percee P, Visionaries…man, the list went on and on.

And if those artists are new to you, spend some time with your favorite internet browser and learn about some good stuff.

There was so much amazing music and energy this past Friday. Artists who weren’t even on the bill showed up and ripped it down. This was one not to be missed.

Check out Awol One and the Shapeshifters rocking the spot. It was good to see (most of) them together. 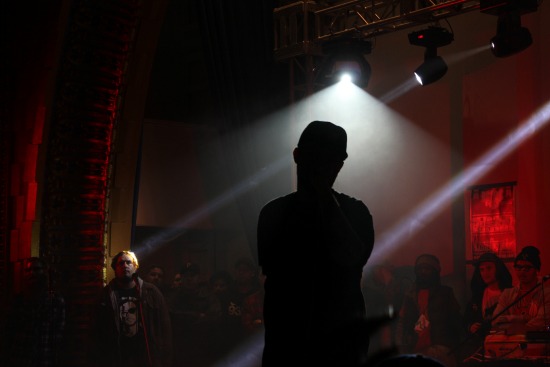 Of Mexican Descent. Man, it’s hard to say but I’d have to go out on a limb and say that they stole the show. 2Mex is always fire on the mic but it was just good to see these two together again (actually, it was my fist time seeing them perform together). 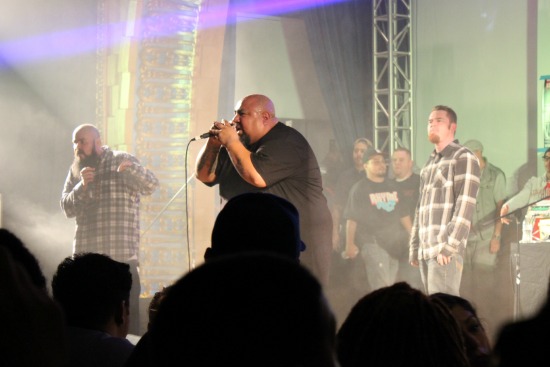 Been awhile sine I’ve been asked to “put them L’s up.” For the first and only time, Sunspot Jonz, Luckyiam and Scarub of the Living Legends performed as The Darkies. Each took a turn or two at some solo material as well. You already know… 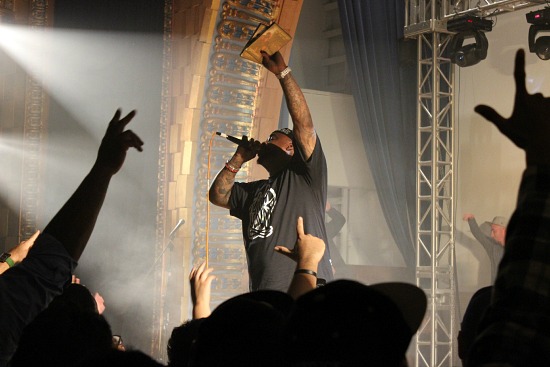 The homie, DJ Nykon, holdin down the one’s and two’s for the Darkies set – Scarub, Luckyiam and Sunspot Jonz. 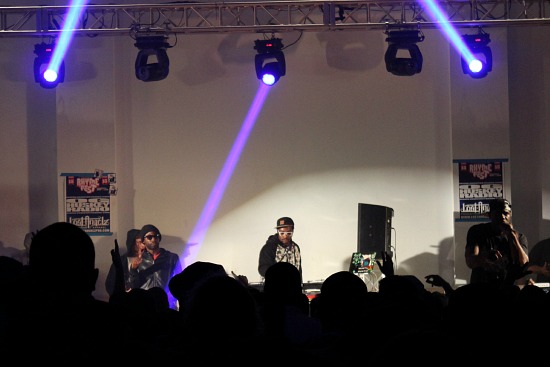 The Visionaries. Man, the last time I saw the whole crew together was about 10 years ago. Incredible energy and togetherness. Hip Hop needs these guys. 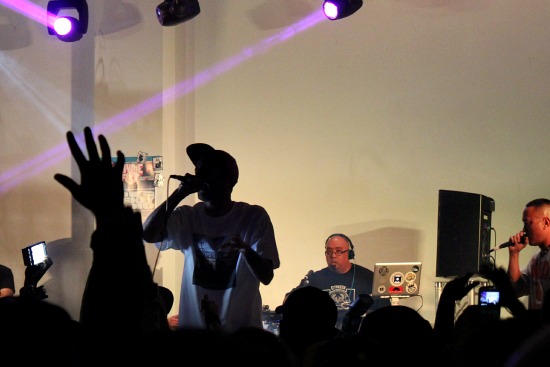 And I did mention that KRS-ONE tore the house down, right? 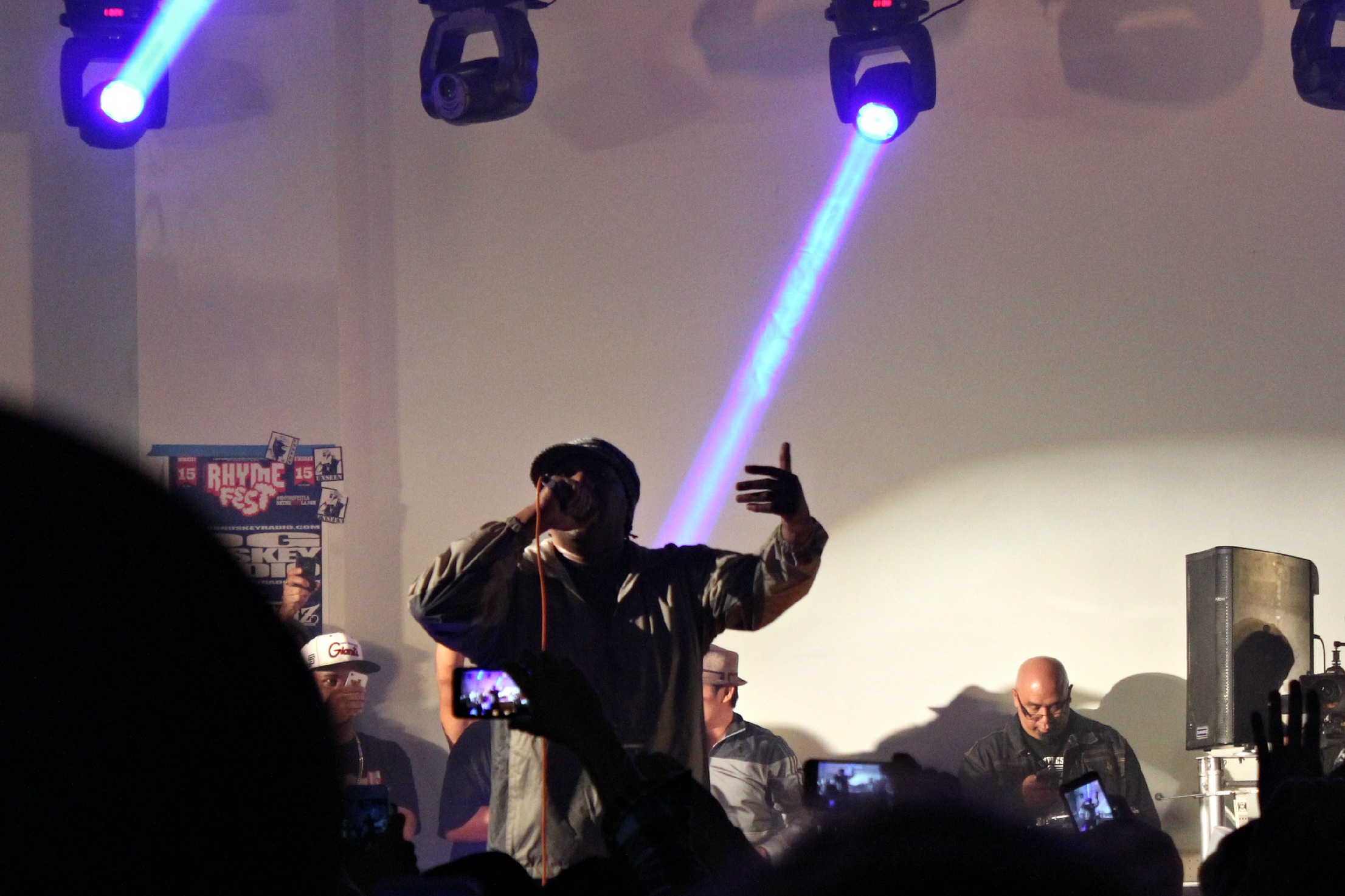 Yo, styles upon styles, bars upon bars, nothing but the best is what Rhymefest became. I was reminded what a fest should be like. And more than that I had the opportunity to build with several of the artists. Look forward to those interviews real soon. Lots of blessings that night. L.A. showed and proved.

Several months ago I heard an advertisement for this book while listening to Hay House Radio. My immediate response…