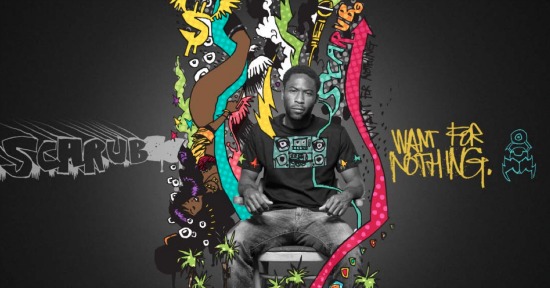 Hip Hop is quite the anomaly. It’s something that was born out of nothing – yet, at the same time, everything. In the beginning, it didn’t really need much. I mean, you didn’t even need an MC at first – though today, that seems to be the focal point of, if not the culture, the music. There was truly a sense that because Hip Hop was creating and redefining itself almost daily, at first, it had everything that it needed. It was comprised of music enthusiasts, dancers, flamboyant personalities, and only the most basic of musical equipment. Sometimes when you have very little, you need very little. At first, Hip Hop wanted for nothing. There wasn’t even a desire to take it anywhere outside of the parks and basement parties where it was born.

Today, Hip Hop wants for everything. It can’t get enough. You wanna teach economics, especially the idea of American Capitalism to young people? Teach it through Hip Hop. Well, the Hip Hop that mainstream media is serving and promoting.
Not my Hip Hop. See, my Hip Hop is comprised of artists that make it happen for themselves and don’t contribute to the musical gluttony and commodification of the culture. I’m impressed and inspired by artists that find a level of success for themselves that doesn’t negate the knowledge of their fanbase. I seek those artists out.

I do, however, hold artists that have stayed consistent over the course of their careers to a higher standard. Even if it takes several years between projects. There’s definitely a bar that we set them to.
L.A. microphone marauder, Scarub, has been impressing us over the years as both a member of Living Legends, 3 Melancholy Gypsy’s, Afro Classics and as a solo artist. He’s a favorite in this household and a new solo project from him has been well over due, in our opinion. Yeah, he gave us the California EP three years ago and it’s only been five years since the last Afro Classics album but it’s been the equivalent of two presidential terms since we’ve heard a solo Scarub album.

Last week, our dude finally dropped his long awaited new LP. It’s called Want for Nothing and if you’ve ever met the guy, you’d know that the album is aptly titled. Scarub is a simple, humble, make-do kinda guy. He’s not the type to put himself out there, to seek out the publicity and photo ops. He’s a put up or shut up, this-is-me kind of person and if you’ve followed his catalogue you already know that. 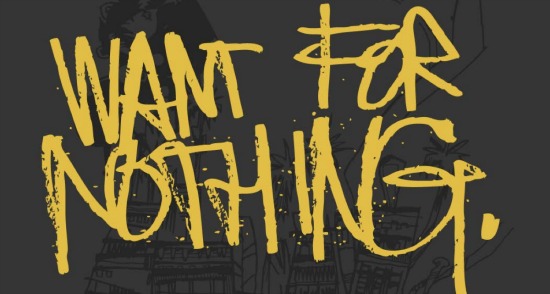 He teased us before the album’s release with a few tracks to set the tone for how he’d be coming out the gates. His first release was the fast-paced “Rising Up” featuring Eligh, Voice Watson, 9 Theory, and Emily Afton…

It was a nice precursor to what we’d find on the album. You’ve got the fast flows and energy bound together by the cool out vibe of the hook. Fresh. And the features were on point as well. Obviously, Eligh (member of both Living Legends and 3MG’s) knows how to help out on a Scarub song, but Voice Watson has lent a verse or two over the years too.
That beat driven effort was followed up by a video for the track, Get Out!…

Holy double-time flow, Batman! You thought he was stylin’ on that last one? He does you one better on this one. Easily switching up between the flow that he’s blessed us with on tracks like California Sunrise and then flipping into something Busta Rhymes would be proud of. And it doesn’t hurt that Arizona’s own Foundation lays down a beat specially tailored to these intermingling of styles. Two for two. Things are looking good for what we can expect on Want for Nothing.

The album dropped on Nov. 11th and the first thing on my mind when I woke up was 1. I don’t have to work today (Veteran’s Day) and 2. Scarub’s new album needs to be purchased. The rest of my world was put on hold. Kids, go play outside.

If an opening track is any indication as to what the rest of the album will be, I was already screaming album of the year. L.A. vocalist, Anderson Paak, makes a few appearances on this project and the whole album is better for it. The first joint, another Foundation production, builds up into a lush canvas on which Scarub and Anderson are able to do what they do best. It’s one of my favorite songs on the album. The track embodies the feel of Los Angeles. The following, Go!, is another Scarub/Anderson Paak collaboration. If you forced me to choose a favorite off Want For Nothing, this would probably be it. Other features on this cut include Emily Afton Moldy, Bank Diamonds, Sadie and Mimi Fresh. I’m not familiar with any of the others but you’ll recognize Emily Afton from the pre-release Rising Up.

“My Moment” is another tag team effort with Anderson Paak but also includes underground favorite, Onry Ozzborn (of Grayskul/Dark Time Sunshine fame). It’s just as good as the features suggest.
The final collab with Mr. Paak is the Afro Classics reunion jawn “Hey Love Pt. 2” and if you recall the original Hay Love, you’ll be happy to know that Part 2 is equally as good. Of course, we’re always happy to hear TKM favorite, Very, getting bars up. (Can we get anther Afro Classics project, fellas?)

Other features on the album include a Bambu collaboration on “Skies the Limit” and “Rise to the Top” which features Indigo. I was very tempted to skip to the last track so that I could hear Bambu and Scarub together on a track. Both are personal favorites but not a pair that I’d find likely to work together. I’m glad they did. We get a chance to hear Scarub drop a verse in Spanish and Bambu, per usual, drops lines in Tagalog. I’d like to hear more like this. And after hearing this track, I could see a whole project working out between the two. “Rise to the Top” also caught my attention because the featured artist, Indigo was not someone I was familiar with but I do know that Scarub has a daughter named Indigo. So, I checked in with our man Scarub and sure enough, that’s his daughter being featured on daddy’s album. The family that works together, puts out albums together. I love it.

There are 4 tracks on the album that have no features and allow Scarub to be the star of his own stage. “How Bout You?” and “To the Streets” are both very strong efforts but “Good Man” is the true standout. In fact, as I write this, I’m withdrawing my vote for “Go!” and throwing my support behind this one. Yep, “Good Man” is probably my true favorite.
This is a really good album. There’s only one blemish on an otherwise pristine record and that would be “Better Shit to Do” featuring Brad B and Erika B. It’s the hook and the features that I’m not a fan of. Scarub’s verses are all on point but the hook is just lazy and not what I expect from the Living Legend. Erika B’s verse…I could have done without.

I can deal with one throwaway cut. You know I teach 8th grade math, right? That’s 11 quality tracks out of twelve. Set up your ratio, divide and you’ll find that this album is 91.7% unfiltered, organic, unprocessed goodness. So here’s my breakdown:

Production – A-
Lyrics – A
Creativity – B+
Guest Features – B
Listenability – A-

Buy this album if you haven’t already. It’s guaranteed to make my end of the year list and it’ll probably make yours too. Hats off to Foundation, Mustafasbeats, Voodoo Lion, Rich Kidd, Vishnu, and The Worlds Freshest for their production on this release.
After adding this to your collection you’ll want for nothing in 2014. 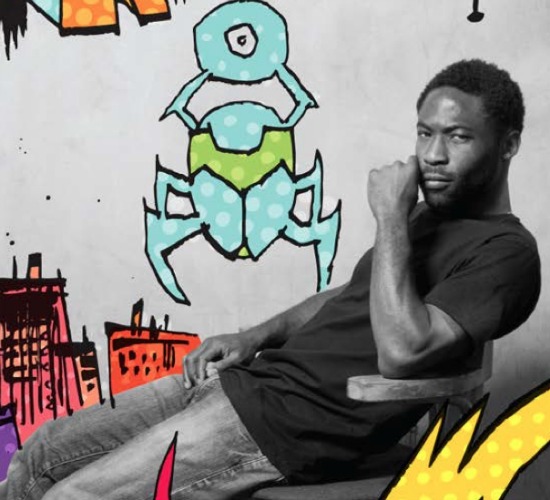 Once you learn this technique I can (almost) guarantee you’re gonna find a way to use it.  Contact paper…