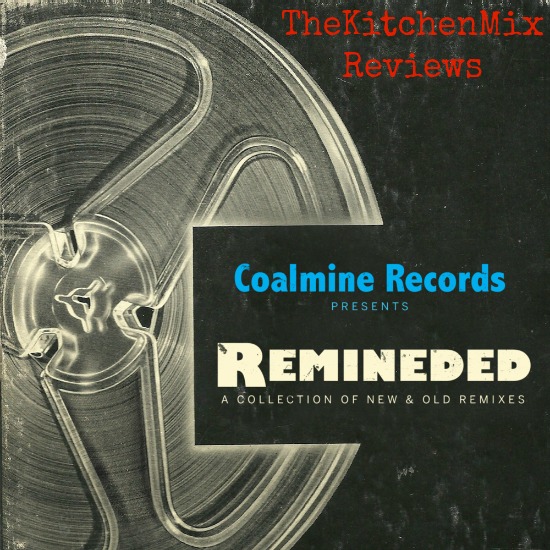 Last year Coalmine Records put out one of my absolute favorite projects and somehow I made the unforgivable oversight of leaving it off of my end-of-the-year list. Well, let me remedy that right here and now. If you’re a fan of raw, brash, boom bap Hip Hop and haven’t already, please go cop Coalmine Records Presents: Unearthed (Mixed by DJ Revolution). It features a collection of some of the best to get involved in any form of the musical side of Hip Hop.

Now, here’s the thing, the good folks at Coalmine have taken tracks off of that album as well as others from various projects, had them remixed by a core of very talented producers and served them up as something altogether new. I want to break the project down for you so that you can preview each track and get a little commentary on each from myself. Like I said, these are all remixed tracks and I tried, when possible, to not make comparisons to the originals. You’ll notice I couldn’t help myself at times, but I tried.

Take note of the spelling of the title of the project. You’ll notice that it is correctly spelled r-e-m-i-n-e-d-e-d as in mined – remixed – remined. Also a bit of word play as in reminding you of what they’re capable of but re-mining (remixing) gems from the Coalmine. Give it a listen and remind yourself why the grittiest Hip Hop is some of the most creative.

From the jump, you know what this is gonna be. Definitely the cut you use as the lead off to a project like this. Ruck and Rock, of course, are always creative with the word play and lyrical dexterity. And who isn’t a sucker for some boom bap backed by a DJ Revolution scratch? No harm, no foul. Audible Doctor put together an abrasive backdrop and New York sound that has you feeling like this is some straight Boot Camp ’95 shit.

The thing about Skyzoo is that he’s got a cadence that fits almost any beat. He’s probably a remixer’s dream MC. This one moves more than most tracks you usually find him on. More often than not, he’s the dude rocking over a New-York-never-fell-off type of head nodder. I like this Small Professor redo, it’s more accessible for the casual Hip Hop listener. Cuts are nice as well.

This version is a lot more open and airy than the original. I don’t want to deter you from enjoying this one but, for me, the way the version on The Returners album (Nu World) had my head in steady motion – it’s hard for me to enjoy this as much, when I’d rather hear that one. I don’t remember who held down the production on the first but that one sounded more like something M-Phazes had a hand in that this one. If you haven’t heard the original, you’ll be alright. And if you have, stick with that one. But that’s just this writer’s humble opinion. El, Mela and and M-Phazes are always consistent with the material they touch so it’s nothing to write off, it’s just not my favorite.

Supernat has had a hard time trying to convince fans that he can produce written songs at the same level that he brings to a freestyle session. There is absolutely no questions about his off the dome lyrical skills – none. And, oh man, after this and a little help from GMJ, there’s no doubt about what he’s capable of with the writtens. I really like this one. Very West Coast-y, some of y’all would do well to put something in the air for this one.

Large Pro giving the backdrop to some Blu verses? Anyway you look at that is a win. If you’re in your thirties or forties and still listen to Hip Hop on the daily, it’s cuts like this that are the reason why. DJ Revolution has the lovely cuts to top it all off. Another score for the remix.

I’ve been listening to that PRhyme album a lot – I mean, a lot. So right now, anything with Royce on it is a plus for me. If you’re in the know, then seeing Skillz AND Royce on the same track will produce extra dopamine in your synapses. Oh, and let’s not forget the best producer on the mic – Diamond D. This one’s a little bouncier and funkier than the version that was on the Unearthed compilation. Mananz did his thing and made an already dope track that much better.

This is that signature Cookin’ Soul sound. I could have picked this one out of a who’s-that-producer lineup blindfolded. And that’s not a bad thing. That’s a testament to what I’ve come to expect from Cookin’ Soul. Relentless verbal blows over a hustlers theme song? What’s not to like?

This remix utilizes what sounds like a Guzheng – you know that traditional Chinese instrument in the background during your favorite kung-fu fight scenes? And it comes out F-R-E-S-H. It almost has a Tried By 12 feel to it. Blu’s delivery is fitting – especially if this was fight scene music.

The production on this one compliments the aggressive verbal barrage by the 3 MC’s nicely. The organ keys and spaced out airhorns create a dark but moving platform for lyrics to shine. Sometimes, really well done remix production can drown out the spoken part of songs. Not the case here. Nice balance and overall quality track.

TKM favorite Zilla Rocca created a grimy industrial sounding track that will hopefully be playing when the computers take over. The beat shapeshifts to fit the MC’s that put in work. This feels more like original production than remix work – each MC seems to come alive with the individual pieces of an anthem that they seem to be given. Two enthusiastic thumbs up.

Lyrically, this album had it all before the remixers even got a chance to do their thing. So, let’s give it a solid A in that category. Beats and production? It’s hard to rate since there are so many people involved. This might be a copout but a fair score in that respect would be a B+. And as far as replay value, we’ll I’ve already heard it 4 times all the way through, so let’s say A-. I hope Coalmine Records continue to put projects like this out but what I really want to hear from them is more like what they gave us with the Unearthed compilation. I do appreciate what’s happening over there and look forward to more. Be sure to head over to the official Coalmine Records site to see what all they have in their back catalogue. I’ll keep you up to speed with upcoming releases. Now go cop this project and thank me later.

Ok Friends, I’m about to disclose something very personal… I believe in miracles. I believe in God, Angels and…