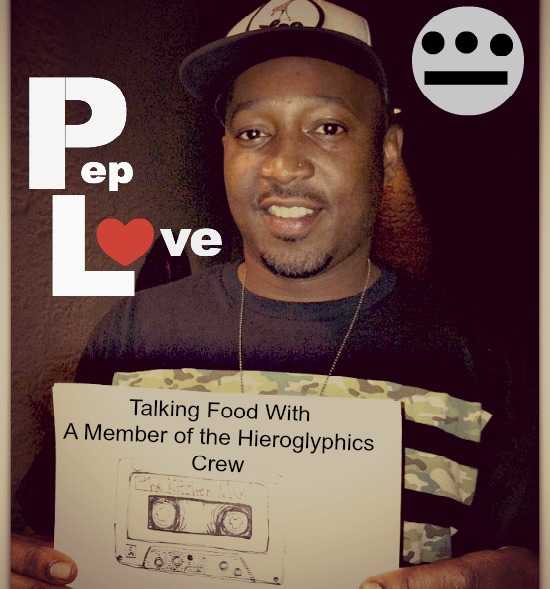 1993. That was the year my musical palette underwent a metamorphosis that completely changed the landscape of my life’s soundtrack. Music that came out that year completely funked with my head. I was an archaeological fiend trying to dig up that next fix for my listening habit. When Del, Souls of Mischief and Casual dropped their game-changing albums that was it. I read every word on every page of their CD inserts, the production credits, thank-yous, and scoured the scene for interviews. But the one thing that stood out the most was that yellow and orange three-eyed sticker at the end of Del’s stereo and on the bottom left of his album cover. I found that thing like Waldo all over music I was deep into at the time. If I saw that logo anywhere…boom, that’s a purchase. Automatic. Any project from any artist affiliated with that logo has a place in our home. Which is why we were thrilled when we got the opportunity to sit down with one of the most distinguished members representing the Hieroglyphics Crew and the third eye logo.

We caught up with Pep Love while he was on tour promoting his collaborative project with Opio called First Light. It’s exactly what you’d expect from 2 of the most skilled members of the Bay Area’s Hip Hop community. Substance and skill. 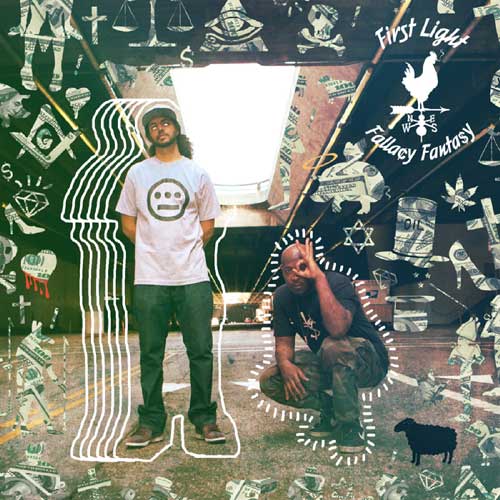 TKM:How does food relate to the creation of your music?

PEP LOVE: I think you are what you eat. What you put in, it has a relation to what you get out. If you’re eating healthy I think you’re just more vibrant in general – you have more vibrant thoughts. So, it affects your creativity. Along with fresh air and exercise and water and all that kind of stuff. It definitely has an affect.

TKM: A lot of your lyrics are very spiritual in nature. Can you talk about spirituality?

PEP LOVE: Well, creation is spiritualtiy. Being creative is a spiritual process. You try to emmulate the work that was done to create you. It’s a spiritual thing because you are going through the motions or the process of what we may think or feel is God’s work. It’s a fundamental part of who we are as human beings.

TKM: Do you use visualizations to manifest your path?

PEP LOVE: I’ve always been a dreamer. You can ask anybody that’s known me since I was young. I was a dreamy kid. So, yeah.

TKM: I just wonder about that a lot because we’re taught to squash that for the most part. We all have dreams of doing big things but –

PEP LOVE: Yeah, we’re trained. We’re taught to be trained. Like the pet of somebody.

TKM: Yeah, that’s unfortunate. So you’re on this tour right now and obviously you’ve been to many, many places over the years. What do you think are the best cities for food?

PEP LOVE: The best cities for food are diverse cities. Like Toronto and Vancouver. I definitely like the Southwestern food like here. San Francisco is definitely one of the best. The Bay Area. New York City of course. It’s expensive though. Detroit is good. People wouldn’t think it but Detroit has lots of good restaurants and good food. They have a lot of cultures there. There’s lots of black people but also a lot of Middle Eastern People and other cultures. People would be surprised by what Detroit has to offer, put it that way.

TKM: Oh, word? Yeah, you’re definitely the first person to mention Detroit. Do you get down in the kitchen?

PEP LOVE: I used to but I haven’t in awhile. Just living alone and trying to save money, being on tour and just jet setting…but honestly, the kitchen is the place to prepare food but the best food to eat is uncooked and unprocessed. Just grab a piece of celery or a leaf of kale or an apple and just eat. Being on the road I think that’s the best advice I could give people. If you can’t cook just go get yourself some fruit or some vegetables and just eat.

TKM: If that’s the case, what are the essential grocery items that you’d pick up?

PEP LOVE: There’s just too many. I mean, if it’s organic and it’s natural and from the earth, it’s good. For the most part. I mean, no one’s gonna eat a raw potato but…

TKM: So are you familiar with the legislation that’s being passed involving Monsanto and other major food corporations?

TKM: Do you ever go to places where it’s hard to get access to certain foods?

PEP LOVE: Not really. I mean, if you’re really about it. If you’re conscious, if you always operate and live your life consciously it’s not hard. Because we still live on planet Earth. No matter what we as humans try to set up in society or whatever. The Earth bears fruit and all we have to do is – the hard part is trying to separate yourself from the influences. Because we’re all influenced by the society we live in.

TKM: Do you have any dietary restrictions?

PEP LOVE: I don’t eat pork. I was vegan for a long time. I was into raw food and was really all into it.

TKM: Yeah, we don’t do pork either and we were vegan for a while. What made you stop?

PEP LOVE: Nothing in particular. Life is cycles. As I improve and when I get to the best point I can be at I’ll stay there.

TKM: So, there’s a new Hieroglyphics album that’s getting ready to drop and it’s called The Kitchen. Great title. How did that come about?

PEP LOVE: Well, it’s not about food. Haha. It’s like a lot of music that we’ve had…we’ve been doing music during the times where people haven’t heard us. Over the years there’s different things that happen between adults and men that make it to where it’s not as easy to work together anymore. But, because we all do music we actually have a catalogue of music that just kinda happened during the years when we aren’t still sharp as steel, aren’t really together. We got different kinds of motivations and different kind of thinking that’s going on within people. Everybody don’t get along. And actually, everybody isn’t even down for the mission anymore. But because of the value of what we’ve made over the years, it doesn’t make sense to just allow it float down the river when we actually have something. It’s valuable. We got music and everything. So a couple of us were like, we’re gonna take this music and we’re going to put it together. It’s like someone at home who’s hungry and doesn’t have money to go grocery shopping or doesn’t feel like going grocery shopping but there is a few little things in the refrigerator…we’re gonna take all of our leftovers with the spices that we got and we’re gonna renew it and package it and make it into something that we can share with our guests.

Definitely make sure to pick up the new album when it drops on July 16th. The Heiroglyphics crew always brings freshness to the table so here’s to what they’ve got cooking in their Kitchen. Cheers. Also, be sure to keep up with all things Hiero by hitting up their site and following them on just about any social media you can think of. We loved talking with Pep Love.