One of the greatest blessings in my life is being half Mexican. For all the troubles my Mother and I went through when I was growing up, I wouldn’t be who I am without her. For that, I am eternally grateful. 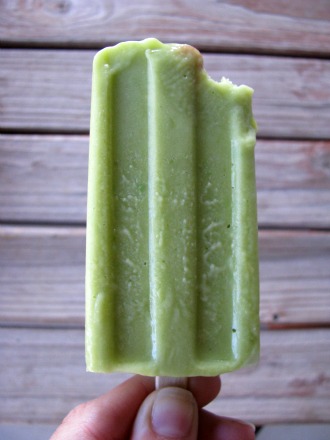 I’m also eternally grateful for having spent close to half of my youth in Mexico. Every weekend we would drive the 45, or so, miles it was to Cuidad Juarez to spend time with my mom’s brother, my Tio Elias. This was roughly 25 years ago, before Mexico was infiltrated with McDonalds and Blockbuster Video stores.

It was then that I learned what it was like to shop for your groceries as you needed them, (cause most peeps didn’t have a fridge back then) and the beauty of fresh produce. The kids were sent to run the errands all alone, without worries. It was great cause we were usually allowed to spend the change, or my mom would give us a dollar – which was worth thousands of pesos back then.

We weren’t told what we could eat or not eat – we could load ourselves up on all the sugar we wanted and we sure as hell did. Sometimes we’d opt for a mazapan or Duvalin, but the best was walking a few extra blocks to the Paleteria.

Shops in Mexico are were (and still are) very different from ours, the storefronts are usually totally open to the streets; there aren’t any doors. The paleterias are usually painted bright fuschia on the inside – at least that’s how I remember them. You just walk right up to the cases and cases of all the different kinds of paletas you could think of…

Fresa con crema/strawberry with cream, pistachio, nuez/pecan, arroz/rice – not your typcial American flavors. Despite all of this I don’t quite remember coming up on the paletas de aguacate – avocado flavored popsicles. They were probably there, just not on my radar.

But here they are now! And they’re damn delicious. When I told the husband I was gonna make these he wasn’t too keen.. But he had to come correct after tasting one of them. That’s what’s up. 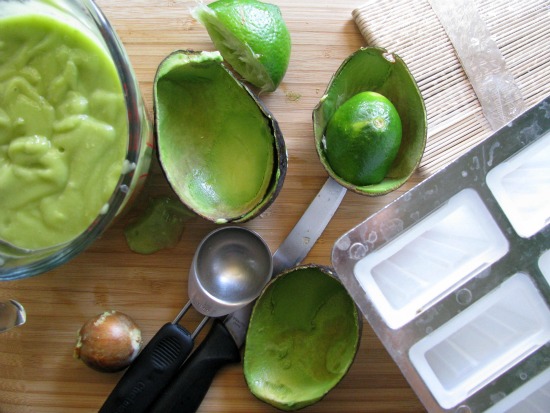 And while my boys aren’t, unfortunately, spending nearly as much time in Mexico as I did, at least I can instill in them the appreciation of some bomb paletas. No store bought shit up in here. 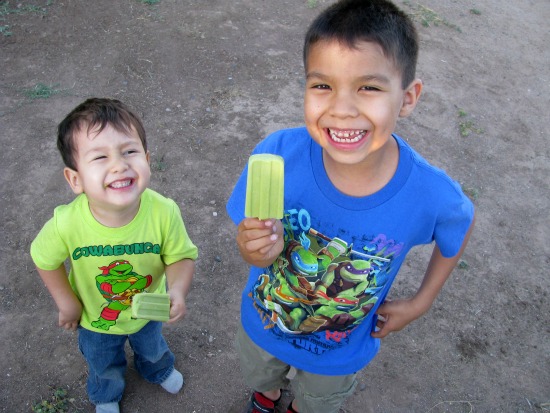 Combine the water and sugar in a small saucepan and cook over medium high heat, stirring, until the mixture comes to a boil and the sugar has dissolved. Let cool to room temperature.

Cut the avocados in half lengthwise. Remove the pit and scoop the flesh into a blender, along with the cooled syrup and salt. Blend until smooth, scraping the sides as needed. Add the lime juice and blend until just combined.

Divide the mixture among the popsicle molds, snap on lid, and insert popsicle sticks. Freeze until solid, about 5 hours.

“Snap the granola, sprinkle ginko biloba Venom from a cobra” – Wu-Tang Clan (from Windpipe) At any given time…