Yo, Oddisee is one cool fellow. This dude is genuine, down to earth, open, introspective…an everyman type of guy who just happens to be a phenomenal music creator (whether producing or rhyme writing).

That said, it was a pleasure to sit down and talk food with the DMV representative.  Here’s a snapshot of what Oddisee had to say during our convo: 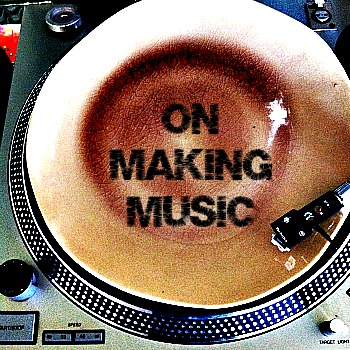 Food plays a big role in the creation of my music because food is the energy source and the type  of food that you eat can determine the type of energy you have to work.  So, for me I’m pretty routine when it comes to food during my work schedule.  I’m a lot more spontaneous with food when I’m not working. But when I’m working I usually start off with a good porridge or oatmeal in the morning, tea and/or coffee.  I usually eat a sandwich with no less than 5-6 raw veg for lunch and then I go out for dinner after work. So, yeah, food is a really important part of my regimen. 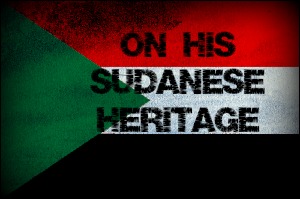 -A lotta hummus is consumed in my house!
-I grew up in a culture where there were no forks and plates – there was no forks on my table. I grew up eating most of my food without utensils.
-(If I could have anybody make me a meal) I would like my Dad to make me a meal, we live in 2 different countries and he’s one of the best cooks I know. I would fly him out to cook. He’s a monster in the kitchen!
-(One of my favorite homemade meals is) Fool – that’s a Sudanese bean dish. It’s fava beans, sesame oil, feta cheese, chopped onion.
-(A recipe I’d like to share is) Lamb shishkabobs. (If you can) Go to a halal butcher, get a good cut of meat, you chop it up, then you tenderize it a bit, lemon juice, a little bit of olive oil, paprika, garlic, cumin, salt, pepper, a little bit of lime juice, chopped up onions and…
Just cook it slightly a bit in the frying pan with the onions. Then stick it on the skewers as it soaks up all the juice. And then you put it on the grill. And then, you know, cook until – you want it medium or whatever.
-(To cure my sweet tooth…) Any middle eastern pastery – baklava preferably. I grew up on a lot of pastry.
-We’ve got basil, mint, tomatoes (growing at home)…yo, I love spinach. I definitely would grow spinach (if I could grow anything). I eat a lot of spinach!
-(If I’m gonna have some late night food, it’s gonna be) Gyros and shawarmas. (But) anything after midnight I’m avoiding – trying to.

Hands down man, New York…the diversity and the authenticity. New York is the place where, when you go to foreign countries and you rave about how authentic it is, someone from that town that you’re raving about has a restaurant in New York and they make it just like home. And you can find’em.

I think my tastes have changed over the years because my pallet has developed more. From a child into a teenager, to a young adult and to an adult, your pallet is one of the things that is still evolving. Even though you may think that you’re fully grown. Your appreciation for different foods and things is forever changing, as long as you’re open to it. Recently I started liking eggplant.  I’ve hated eggplant my whole life. I’ve just recently started eating eggplant. I was in Tunisia and I was there for 10 days- and every time I see eggplant I try it to make sure I still don’t like it. And I liked it this time!
(I absolutely think people should) Explore more. I say to people – explore more. Try new things.
Don’t judge a plate by it’s appearance. Judge it by its taste.
A lot of my friends in hip hop really don’t explore. They’re really unimaginative when it comes to food. You witness it when you go on tour. You know, you just stay in McDonald’s – you’re in this foreign country with some amazing cuisine and they never really give it…(a try).
And that really drives me crazy!

There isn’t a religious book that doesn’t preach that the body is a temple, is a shrine. So what you put into it, basically is determining what you are putting into your temple, in your shrine and you wouldn’t go into a religious house and desecrate it by smearing chocolate sauce all over it so…I think the more in tune I’ve become with myself, naturally the healthier I’ve become and the healthier I’ve become, the better I feel about myself – spiritually, physically, mentally because the food is the fuel. The food is the life source, the water and food you eat are the life source. Without it man would have never been able to develop ideas of spirituality if he wasn’t comfortable enough eating. He would be too busy hunting and gathering. So, food is the reason spirituality exists in the first place.

This year Oddisee dropped a super dope solo album and produced some serious bangers…PLEASE, I repeat PLEASE be on the lookout for these (as they are sure to…please).  My man is steady putting in work and it’s always on point. Google, Youtube, Twitter, FB, Bandcamp, Soundcloud him, get on board and see what’s up! Homeboy does not disappoint.

Sorry for the recipe hiatus, friends.  And sorry for the silly title, I just couldn’t resist.  We’ve been crazy…