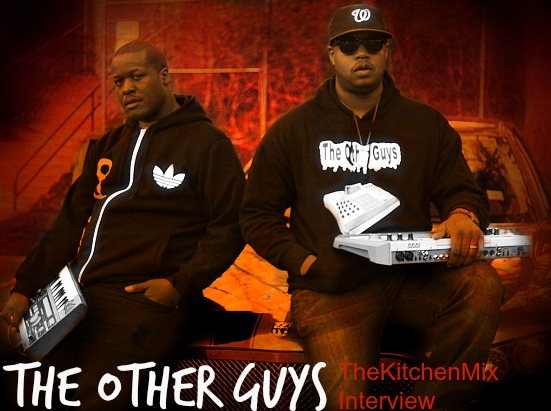 You are what you choose to be.

I don’t talk a lot about sports – it was a big part of my life as a young buck, but these days it’s mostly an afterthought. Except for basketball. I coach middle school ball and still get hyped on the NBA highlight reels. Kids are always asking who my team is and I always tell’em, “Rally ‘Round the Home Team.” For the past decade, the home teams have been the Suns, Cardinals and Diamondbacks. Here’s a quick word on the Suns for those that don’t follow or choose not to keep up:

Last year the Suns were supposed to tank royally – no one expected them to win more than maybe 27 games. The thinking in the team’s front office was that they could spend the year positioning themselves for a high lottery pick this year. Instead, Phoenix had one of those amazing Hollywood-movie seasons. Without an All-Star, and with only a group of, essentially, “other guys” the team played loose and free and somehow everything went right. They were in the playoff race in the toughest conference until the last week of the season. In short, it was an incredible year.

Even if you never liked the Suns, it was a fun group of guys to watch out on the court every night. There’s something about the underdog. The mighty duck. The Rocky Balboa’s of the world. The other guys.

Today, we get the opportunity to share Hip Hop’s other guys you. Ladies and gentlemen…The Other Guys. As per our modus operandi, we chopped it up with the MC/production team (Mighty Joe & Isaiah Insanate Mensah) about eats and beats. Follow along for some of that conversation…

What do you see as the relationship between food/eating/cooking and creating music?

It’s funny you ask the question. A few months ago we watched the movie “Chef” with Jon Favreau and the film really shows cooking as an art form and something that can be really creative. We see music the same way. It’s an art made by us that’s meant to be consumed and hopefully enjoyed by everyone.

Where are you at right now, in terms of food? What do you gravitate towards or try to avoid?

We love what everybody loves. Everything from pizza to big sandwiches. [laughs] Of course we try to avoid the processed stuff because none of that is ever good for you but, honestly, we still love snacks.

In what isle of the grocery store would we most likely find the Other Guys?

We love seafood – being from the Maryland, DC, and Virginia area. Nothing beats crabs with Old Bay seasoning on them.

How about in the kitchen? Are you comfortable preparing meals for other people, following recipes or making up dishes?

Both of us can cook when we need to, [laughs]. And, we both like preparing meals for people but hate the preparation involved and the dishes after. We tend to freestyle the dishes we make.

A ton of artists see other artists gain success by doing something musically and then do the same thing. It’s ridiculous. Sadly, artists often do that because they’re afraid to alienate their fan-base or the fan-base they’re trying to reach.

Do you have a recipe that you could share with us?

Neither one of us can think of any recipes off hand but we’re sure if we remembered any they’d be from our mom’s kitchens. And, they’d kill us if we shared those secrets [laughs].

Has your music taken you outside of the country? If so, what are the biggest differences between food culture here in the U.S. and food culture abroad?

Music hasn’t taken us out of the country yet, but we’re hoping we can try some of those awesome desserts people talk about that exist in Europe.

What are the best and worst things about music – specifically, Hip Hop in 2014?

The best things about music nowadays is it’s easy to find quality Hip Hop if you look. There are dozens of artists that are really keeping things fresh and creative. Plus, technology makes it so guys can record an album on Monday morning and you can buy and download it Monday night.

The worst thing about Hip Hop these days is there are still so many copycats out there. A ton of artists see other artists gain success by doing something musically and then do the same thing. It’s ridiculous. Sadly, artists often do that because they’re afraid to alienate their fan-base or the fan-base they’re trying to reach.

What are the biggest influences, or what do you attribute, to the shifts or direction your music is taking?

If we had one thing that influenced us more than anything else it would have to be you and other sites that are willing to post us and show us love.That motivates us and gives us the courage to try new things and experiment. If no one ever posted us we probably wouldn’t have the guts to simply “do us” as they say.

What have been the major milestones in your musical career so far? What goals have you yet to reach?

We’ve been on 2dopeboyz.com and hiphopdx.com. A while ago we could only dream about seeing our faces there and now we want to even more [laughs]. We definitely want to tour overseas, and Cali as well, and gain more listeners and people that want to hear what we have to say.

I think your musical influences are apparent in the style that you create, but what else do you pull from or find inspiration in that directly affects your projects?

We’re influenced by the television and movies we watch a lot. We’re very visual guys and try to make our words reflect that. It’s one of the main reasons we direct our own music videos.

Give us a sense of your vision and insight into who you are by completing this statement:
The Other Guys create music that…

Hopefully connects to you and your experiences.

What do you have on deck? Any projects that we can look forward to?

We have a couple of EPs coming out on HiPNOTT completely produced by us with vocals by some of the indie artists we admire and respect. We also have an instrumental ep coming sooner or later so stay tuned.

Who should we be listening to if we’re not already (other than yourselves, of course)?

True or False: You are what you eat…

[laughs] False. You are what you choose to be.

These guys are great. They’ve got a nice selection of both instrumental and vocal projects (featuring many of the usual suspects here in thekitchenmix) on their Bandcamp page. You can also stream their latest project down below and then purchase it from HiPNOTT Records. If you’re the follow, like and share type, head over to their Twitter page so you can keep up with what they’ve got going on. You can still stay on top of the musical happenings of your favorite artists, but please, please, please don’t sleep on The Other Guys.

My third season as a basketball coach just wrapped up. I was fortunate to have a really special group…