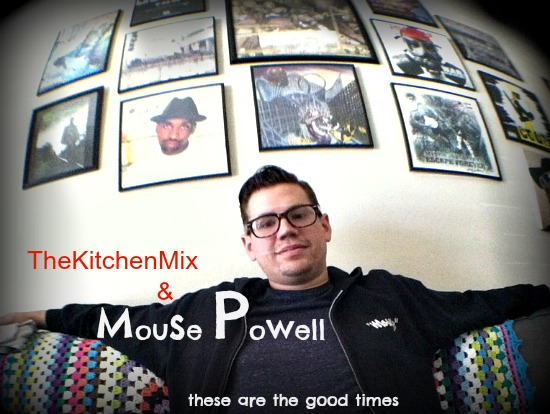 If there were a poster child for a homegrown, reppin’-AZ-to-the-fullest, carrying-the-torch-for-the-scene-in-Phoenix-emcee, Mouse Powell would be your man. In a city full of transplanted rappers and residents, dude is a product of the environment, a desert dweller defining the idea that a culture and musical scene can survive and thrive in this harsh landscape.

I first heard homeboy – I don’t know which show I was at or who he was opening up for – a few years back and by the time he was done rockin’ the crowd I was like damn, that kid earned his props tonight. He started off his set by handing out peanut butter and jelly sandwiches, enticing people to come up to the front of the stage. What is this guy doing? Yo, it worked. He brought them up and turned them out. At first I didn’t know whether or not to take him serious but when he was finished I had my answer. He rapped his ass off and he was entertaining as hell.

He’s since become one of the most familiar faces at local Hip Hop showcases. You can catch him every Thursday hosting at the world famous Blunt Club. If Hip Hop has residence in Phoenix, then The Blunt Club is its living room. And Mouse is the guy stirring up all the fun while the cat is away. Oh, and don’t get it twisted, he doesn’t just host. He’s not just an emcee. He’s also an MC…

Here’s a collaborative project he put out with the homie, Random (Mega Ran)…

And here’s a track he did with TKM favorites, Afro Classics (Scarub and Very G)…

We sat down with Mouse, shared a meal, and talked about a few of our favorite topics. Yo, I’m not down with vermin but this is one mouse that’s always welcome in our house. He shared one of his favorite recipes and we talked about creating music after a few plates of nachos. 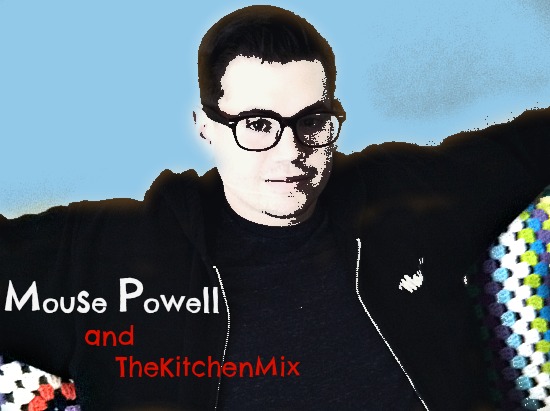 MP: Pretty much, if I’m not creating music, I’m cooking. That’s actually one of my biggest hobbies. It’s a real good way to clear my mind. If I get caught up in a song or I’m just in an awful mood, I always go cook. That’s my personal little escape. I’m pretty much always cooking and there’s always music when I’m cooking. It’s a real good way to be inspired. Plus everybody writes better on a full stomach.

TKM: So, what’s something good to eat before recording?

MP: Man, I’m starting my regimen back up with my meals. I’m real consistent – oatmeal, pineapple in the morning then grilled chicken, brown rice, steamed veggies and fill it in with some junk food here and there.

TKM: What kind of food would be inspirational for you?

TKM: And what are the challenging foods, the ones you know you should be avoiding but don’t?

MP: Aw, just junk food in general. I’m so bad about that. There’s that Brother Ali line, “dependin on the day, and dependin on what I ate, I’m anywhere from twenty to thirty-five pounds overweight.” It’s always a struggle to not eat that sweet processed food.

TKM: Yeah, man. It’s pervasive in our food culture, for sure. Do you got a recipe that we can put together?

MP: I’ll give you the great appetizer – probably bad for you, that I like to make.
You get a jalapeno, slice it open, take all the seeds out and in a food processor you mix up a grilled chicken breast, cheddar cheese, and cream cheese – I like the chive and onion. Process that and spoon it into the jalapeno and you wrap it in – I like turkey bacon. Then you brush it with some soy sauce and maple syrup and a little bit of Sriracha mixed together. Put that glaze on there and bake it in the oven for like 8 minutes or so, pull it out, hit it with the brush again, put it back in for another five and it’s just so good!

TKM: Cool. We’ve been getting a lot of appetizer recipes lately. We might have to throw a party just to showcase all of these party recipes. So, aside from the inspiration that food can bring, where else are you finding your inspiration?

MP: It just goes day-to-day. If I’m in party mode, I’m just gonna write party songs. If I’m going through stuff in my relationship, relationship songs come out. I’m most inspired by other people’s music. I always try to have something new playing. But there are certain records at certain times of the year that inspire me – it’s a cool seasonal thing. For instance, Below the Heavens by Blu, I can only listen to that record in the winter. It’s not a summertime record for me. But because I only listen to it in the winter, it sounds fresh every time I hear it. It’s real revitalizing to hear it that way. I’m a real time-sensitive person but then again, things can happen at any given time – sometimes when I’m creating stuff it’s not even created off a beat. I might just hear a breakdown in something super strange like a folk song, take the little four bar thing and just loop it up, no drums, no beat behind it, just start sketchin’ out what I want to do with it and take it to Andrew. He produces all my music and we’ll just sit and expand on the ideas and the keys and the chord progressions…really try to let it breathe and bring it to life.

TKM: That sounds like a nice organic way to put something together. How about individuals – you talked about Blu but is there anyone else that you’re finding inspiration from?

MP: Oh, John Cardiel is like my idol. He was a professional skateboarder back in the day. Really, really, cool, super positive person, always going super fast, super hard all the time. Something happened where he got pinched between the trailer and the tour van and he broke his back. They told him he’d never be able to walk again. He was like, “no, fuck you I’m walking out of this hospital.” He actually did. Now he’s got a real crazy walk but he still gets on the skateboard. People like that really inspire me. Just kind of strive to always be pushing the limit.

TKM: So what’s the next push for you?

MP: For us, it’s always about trying to progress. I don’t ever want to be making the same stuff. That’s just boring to me. We like to bring out live instrumentalists and they add a lot of flavor. Like the project I have with Very, that’ll be real fun. We’re talking about using more EDM style beats. Something I’ve never really tried. It’s all about pushing yourself to try different stuff. It’s staying true – that’s why my music always sounds consistent even though we’ll change the instrument lineup of it or change the whole production style or I might not even rap on a song, I might just sing on the whole thing. It’s still very true to me and reflective and direct. So it always seems to translate the right way.

TKM: Word. And how does this place, Phoenix (and the surrounding areas) come into play?

MP: People. It’s all the people that live out here. Especially the musicians. We’ve really gone pretty far into making our music more of a network. We just try to figure out what we need when we don’t have what it takes. We reach out to bands from out here from other genres to find what we need. That’s always been something with good music that I’ve always respected – when you can bring in what you need to fill that gap. There’s a ton of really good rock, folk, indie and Hip Hop music and everything out here. To blend it all together is a beautiful thing.

TKM: Yeah, you have a really good thing out here, especially with The Blunt Club.

MP: It’s been cool, man! Hosting the Blunt Club has really helped me with my crowd control. It was one thing to get up on stage and just rap but hosting it now – you always have to have people paying attention, transitions when there’s no music, I’m up there literally trying to get people to keep paying attention. So, I’ve developed some tricks of the trade and gotten good with it. It’s a cool thing and a great networking opportunity. We’re spreading it out to Oakland, San Diego, I think we’re working on one in New York. It’s becoming a real big thing. It’s exciting!

MP: Yeah, me and Very G are going to do a project called Party Time, Excellent. Just debauchery rap. I think I’m gonna do another project with Mega Ran, Mega Mouse 2. And then me and Andrew are going to be going back into the swing of things. That’s probably my favorite person in the world to work with, music-wise.

I’m glad this guy is holding down Hip Hop in the city I reside in. Super cool, mad humble dude. If you’re in the 602, 480 or 623 you already know (or should know). Catch my man every Thursday night hosting at the Blunt Club. He’s out on tour right now promoting his latest project which you can stream and cop below. Keep up with all that he’s got going on by following him on Twitter or Facebook. He’s also got a Bandcamp page with some projects you’re gonna wanna add to your musical library. You already know we’re all about that local, organic goodness. Around here he goes by the name Mouse Powell. Get on board. Peace.

I often like to joke about how I always offer my kids two choices at every meal: take it…