Just so you know, these doughnuts received the official seal of approval from Mega Ran and K-Murdock. 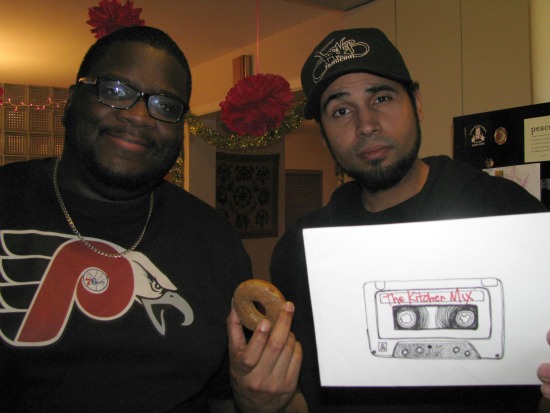 Begin by purchasing 1 or 2 sugar pumpkins, depending on how much you like pumpkin.  Each one will yield about 3-4 cooked cups.

I failed to take a photo of the pumpkin before slicing it.  DOH!  Take a very sharp knife and slice off the stem, then place the pumpkin flat side down on a cutting board and cut it in half. 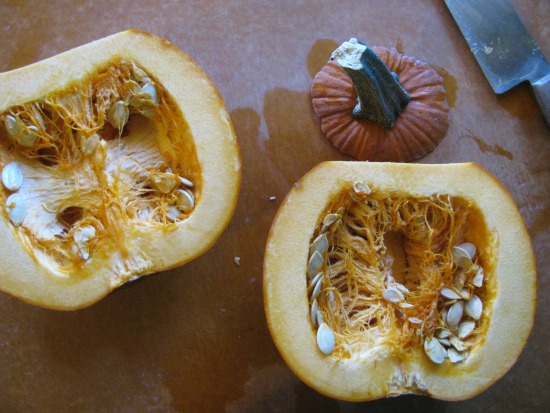 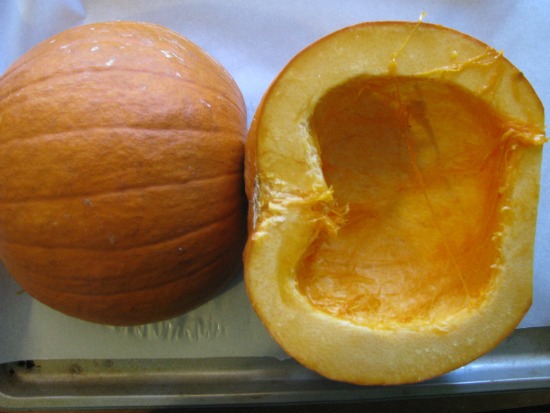 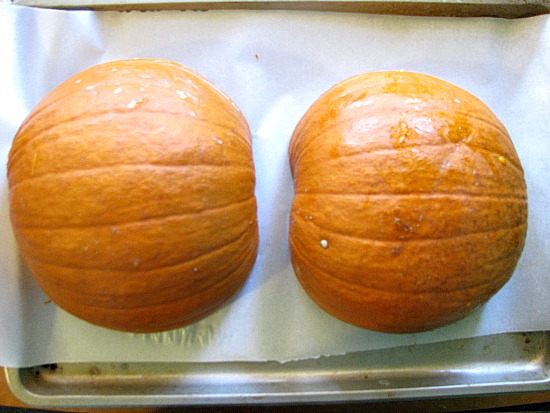 Some people like to brush the insides with olive oil before roasting.  I don’t find it necessary.  Place the pumpkins in a preheated, 350 degree oven and roast for about 40 minutes, or until soft when pierced with a fork. Stick a fork in it. 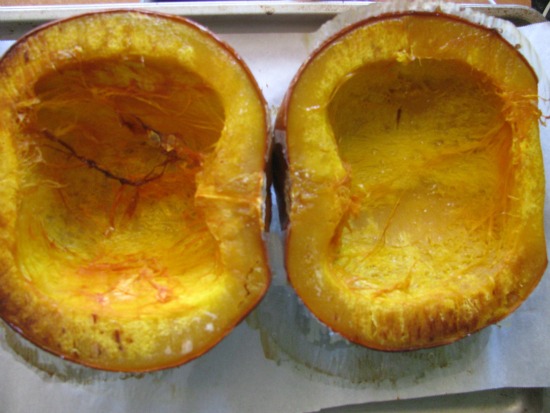 Allow the pumpkins to cool, then scoop out the flesh. 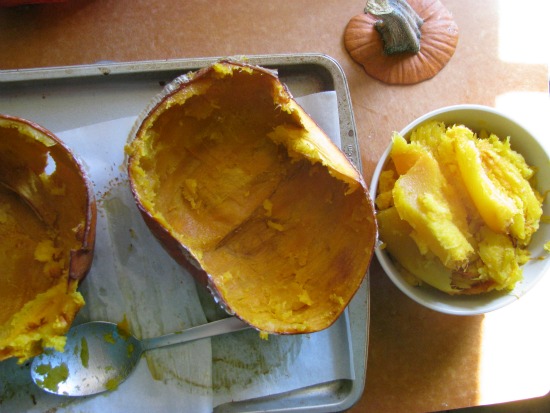 Run the pumpkin through a blender or food processor until totally smooth.  Some pumpkins are more watery than others – keep this in mind when using them for baked goods.  You usually wanna aim for the same texture as the canned stuff. 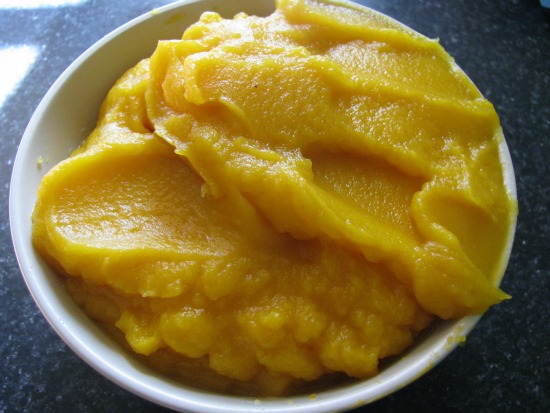 Awesome!  Now you can make doughnuts!  And the (almost) raw, vegan pumpkin cheesecake I have in the works…

Yesterday was beautiful, it felt like the first day of fall in Phoenix, and that’s a big deal. So…