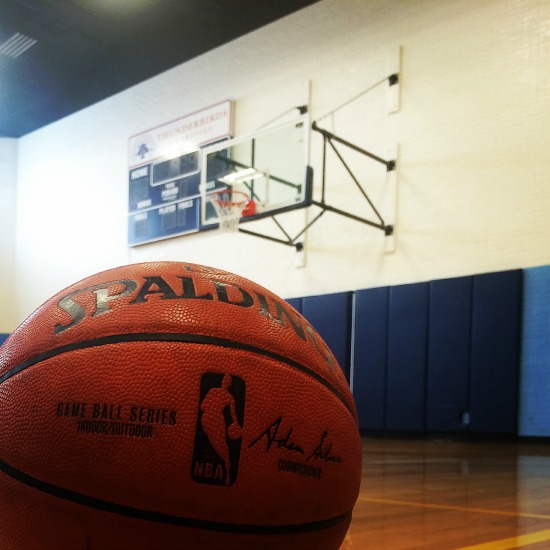 My third season as a basketball coach just wrapped up. I was fortunate to have a really special group of young men to work with – middle school basketball is a lot like the current era of college hoops. By that I mean, you don’t get the same group of boys to work with for three straight years (I only had one who played all three years). The kids mature and hit growth spurts at different times and their space within an educational setting is often fluid. A kid might not have the upper strength to shoot threes as a sixth grader but by 8th grade, he’s stretched out a few inches and added on the extra muscles that allow him to shoot from deep. Then, by the time they’ve grown in to their bodies, they’re off to high school.
In college nowadays, you get guys who only play a season or two and then move on, leaving the coach and team in a position where now they have to go back to the drawing board. (Remember when James Harden played for ASU and they actually won games?) It’s a tough thing to pull together consecutive successful seasons. It’s part of what makes college basketball so fun, rivalries are made over the course of four years. I digress, let me get into today’s topic, I’ll come back to basketball in a minute.

Anyhow, after practice a few weeks back, I was talking to one of my players about history, specifically WWII. Somehow we started talking about movies and I mentioned that Life is Beautiful was a really good movie that was equally humorous and somber. I didn’t make it through the whole thing with dry eyes, I told him. My youngest player overheard this and chimed in, “a movie made you cry, coach?” I explained to him that if a book, movie, song or any other form of entertainment that you enjoy doesn’t move you to a strong emotion, you’ve never truly got the full enjoyment from it. I tried to break it down for him but to him books are books, movies are movies and how could a song bring out emotions?

A few days after winning our semi-final game and advancing to the championships, I gathered the team together and we watched a 30 For 30 episode called Survive and Advance. If you’ve never seen it, it’s a must watch documentary about the 1983 North Carolina Wolf Pack team that had the most incredible run in basketball history. It’s a very inspiring film for several reasons but the main reason I was showing it to my kids was so that they could see how that team worked together and never gave up, even down to the last second. 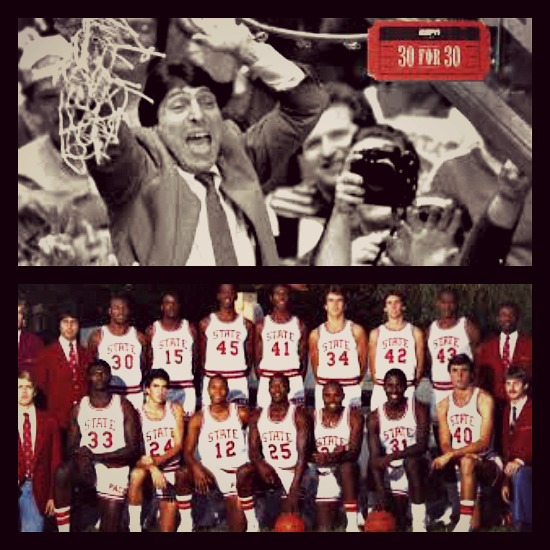 At one point in the documentary they share a speech given by the coach of the team years later as he approached the last days of his life after battling cancer. The man was an incredible motivational speaker – just ask any of the players he ever coached. At one point in the speech he said,

There are three things we should all do everyday. Number one is laugh. You should laugh everyday. Number two is think. You should spend some time in thought. And number three is, you should have your emotions moved to tears – either happiness or joy. Think about it. If you laugh, you think and you cry, that’s a full day. That’s a heck of a day. You do that seven days a week, you’re gonna have something special.

You can check out Coach Jimmy Valvano’s moving speech here (quote is at about the 2:25 mark).

After the film, I talked to my player about the speech and he finally understood what I was getting at. He agreed that those three things are OK for a man to do. Thanks Coach V.

We didn’t end up winning the championship game, unfortunately. It was an incredible season but we just came up short at the end. Several of my players were moved to tears at the end and I think they all understood when I told them that that was OK. That when you feel that kind of emotion it shows how bad you really wanted it. In the end, we all hugged and I told them what a special group of young men they were and what an honor it was for me to be their coach. There were only a few dry eyes at that point.

I was thinking about that moment the other day and it reminded me of a Snap Judgement episode that came out a year ago about J Dilla and his “Lost Scrolls.” If you haven’t heard it, I urge you to give it a listen. It’s an incredible story. 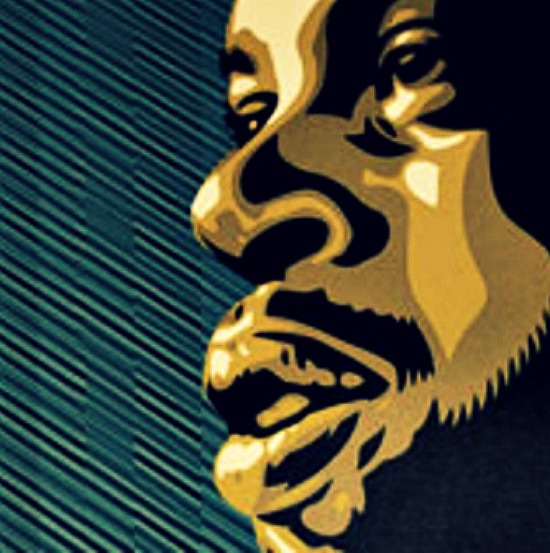 The first time I heard that episode, I shed a tear. I listened to it again this weekend and as a father and a fan and a compassionate human being, I shed another tear after the second listening.
I think it’s OK – no, it’s important to be able to be moved by something enough to be brought to tears. There’s this ridiculous notion that men shouldn’t cry from movies or whatever. I’m not saying young men need to be running around like Drake all blubbery eyed. But there is a time and place to let the emotions flow. Yo, I like to read and I’m not gonna lie, I’ve had wet eyes at the end of some books. I’m the type of person that allows himself to be taken away, to give in to the experience whether it be movies, books, theme park rides, whatever. Allowing yourself to be taken away by the experience is the only way to truly, well… experience it. Sometimes it feels good just to let go and enjoy.

Here are some other songs about shedding a tear…

and in fitting with today’s theme, The Cure…

Our emotions are what allow us to truly experience all life has to offer. Laugh, cry and think, friends.