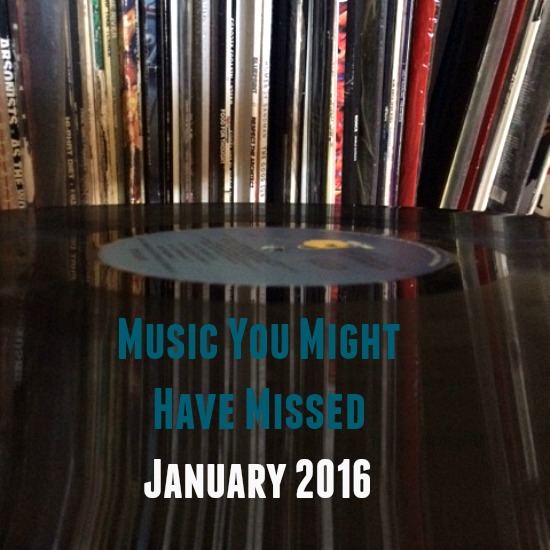 Yes, I do realize February has almost come to a close and I’m over here talking about musical projects from January but if you happened to miss any of the following releases when they dropped last month then you’ll understand when I say better late than never. Back in December when I started to compile my list of favorites from 2015 I realized that it’s easy to omit great projects and I needed a better way of tracking what was released throughout the year. So, in my infinite wisdom, I decided to keep track of musical projects as they drop each month in the form of an ICYMI rundown. Here’s the first. I hope you find something you’ll enjoy and if I left something off, please let me know in the comment section.

Fans of Hiero, Beatrock Music and Bored Stiff should be all over this one. The album title and cover art are a play on Masta Ace’s Me And The Biz. The project itself is a solid Bay Area release with features from White Mic (Bored Stiff), L’Roneous, Agent Striknine and more. Lyrics and production are solid throughout. The 8 cuts on the project are well worth the $5 asking price. Get it.

Your favorite lyricist’s favorite lyricist dropped a free mixtape last month. Here’s what he did: in 2014 Kaytranada dropped a project called “Instrumental Hip Hop is Dead” and being the lyrical artist that he is, Ras decided to rework cuts off that album and create his own versions. Hence, Lyrical Hip Hop Is Dead. There are some standout moments on this mixtape that should not be missed. Unfortunately Ras Kass doesn’t get as lyrical on this project as the title suggests or as we’ve come to expect – it’s not bad, I was just expecting Soul On Ice lyrical styles. Anyway, despite a few throwaways, this is a fun take on an already great concept. Check it out…

I’ve been a fan of Moka Only since before the turn of the century. Between then and now he’s let loose a slew of projects (so many I haven’t been able to keep up). I’d have to go out on a limb here and say that this is his best work yet. I stumbled across this album, coincidently, on the day that it was released via urbnet.com. I love the vibe and flow and how they fit together so nicely on Brutal. This one will probably make my end of the year list. A great way to start off the new year!

4. White Mic & Deuce Eclipse – The Vegetable and The Bandidos

This is a project that I had been anticipating since Deuce let me know it was in the works. I’ve been a fan of these two Bay Area representers for awhile now and knew that they’d cook up something I was sure to like. White Mic has had projects on my end of the year list the past few years…no need to stop now. Picking up where Dead Prez, Bambu and other socially conscious artists left off, The Vegetable and The Bandidos touch on a lot of issues that deserve a platform. Exactly what I expected this project to be. Stream it and then name your price!

I’m sure you’ve heard your fair share of Andersons’ hooks and soulful presence in the past few years. This go around, he adds raps to his singer/songwriter stat sheet. It’s a very laid back album but when he gets to rhyming you can almost sense that he’s channeling Kendrick. I really liked Venice but with Malibu he just might have one-upped himself.

6. Them That Do (Phat Hentoff, Jasper Brown, Chuck Daily, Small Professor) – Them That Do…

I can’t say enough about this one. Hipnott Records does it again. It’s like these guys realized they shared an affinity for jazzy hip hop and decided to make a whole project inspired by their favorite early 90’s artists. The play on names from Phat Hentoff and Small Professor should tell you what to expect on this album. I had to cop this on cassette and if they decide to do a vinyl run, I’ll probably pick that up too. Look out for this 11 months from now when I recap 2016.

Ahhhh, uncompromising Boom Bap in the spirit of the music I grew up with. Beneficence enlisted the help of some very skillful artists for this project. Features on the album include Inspectah Deck, MC Eiht, Masta Ace, AG of D.I.T.C., Chubb Rock, El Da Sensei, Dres of Black Sheep and production from DJ Spinna, Da Beatminerz, L’Orange, MindsOne, Confidence, The Legion, and KON Sci. Something for the true schoolers.

Torae is the kind of MC that, if you’re really listening to what he’s saying, will make you wonder why he’s not as well known or mentioned in Hip Hop circles when discussing great lyricists. There are a few skippable moments on this album but overall it’s great production and extremely well-crafted rhymes. I was expecting the cut with Pharoahe Monch to be my favorite but there are actually better tracks and that’s saying a lot if you know me and how I feel about my favorite MC. Give it a listen…

Great start to the new year. Let’s hope that the next 11 months are as kind to us, musically.