This new documentary about Chicago Hip Hop has been making its way up, down and around the internet.

It’s not a bad little doc featuring some dope Hip Hop. However, it left me feeling like, “if I were making this documentary, I would have included…” It’s not that they left out significant information, it’s just that there are a few people that I probably would have filled you in on, mentioned, or shouted out if I had made this. I have been a huge fan of Chicago Hip Hop for a long time. I can recall more than a few conversations with transplanted Chicagoans that ended with them saying things like, “Damn, how do you know about that? That’s some Chi-Town underground.”

He’s obviously not underground, but you gotta start with the foundation. Because he did bring an underground sound and style above ground.

And, of course, we can’t forget about Mr. West when talking about above ground Chicago Hip Hop. But what about the dude that helped him win his first Grammy? That dude that defeated Eminem at Scribble Jam? I’m talking about Rhymefest.

He never quite made it to the mainstream, so let’s include him with the Chicago Underground.

Man, this dude reps Chicago hard. He even ran for political office in the city he loves. He should have had more than a name drop on that documentary. Here’s the cut he made dedicated to his hometown.

And speaking of freestyle MC’s, what about Juice? This dude freestyles so good that people accuse him of spittin’ writtens…

Both Rhymefest and Juice had some help along the way with production from the Molemen.

These guys are Chicago mainstays and have crafted songs for some of the best the city has to offer.

I think that, had I produced the documentary myself, I mighta spent more time showcasing the Galapagos 4 label and all the side projects and groups that they spawned. I think my introduction to them was The Blackbook Sessions. 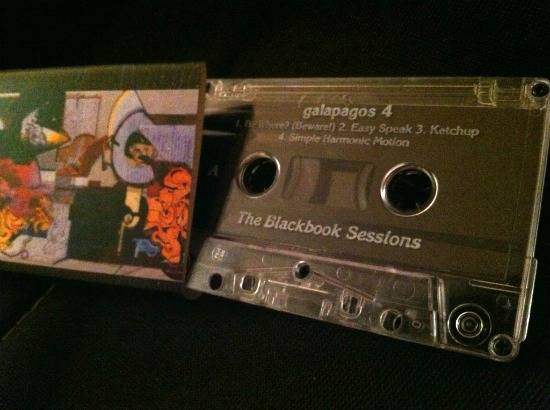 One of the standouts on that tape was Anacron. You can check out one of his albums right here.

More standouts from the label include Mestizo, He.llsent, Robust, Outerlimitz, Qwaazar & Batsauce and Typical Cats. He.llsent is one of the hardest flowing dudes out there but my favorite project from Galapagos 4 has gotta be Typical Cats. Here’s a cut off their first album (an all-time favorite)…

Each member of the group is amazing in their own right. Although, it’s probably Qwel, out of the three, that has gained the most shine and has collaborated with more artists.

Here’s a track from Qwel & Maker. Qwel is an amazing lyricist, if you haven’t checked him out. And Maker, super duper dope producer. Here’s their “Welcome to Chicago”…

One last Galapagos 4 joint to leave you with before I move on. This is from Robust’s newest release with production from my dude, Meaty Ogre (will do a feature on him real soon, hold tight).

If we’re talking about Chicago, we can’t forget about No I.D. Even if you never heard the name, if you like Hip Hop, you know his music. He produced Common’s classic album Resurrection. Here’s a track off his first solo album.

Can’t forget about Capital D and his group All Natural. Yo, I looooove this track right here.

Ah man, there’s so many other Chi-town representers. E.C. Illa, Prime, Twista, Nacrobats (this crew is deep, will be talking with some of the members of this crew real soon, too), Adad, Psalm One, GLC, and Diverse are a few of the other notables.

The documentary did cover “a night,” but one night does not do Chicago Hip Hop justice.

“Now I’m on the inside, looking at my list Organic chicken, kale salad And a lemon twist” -DJ Dave…