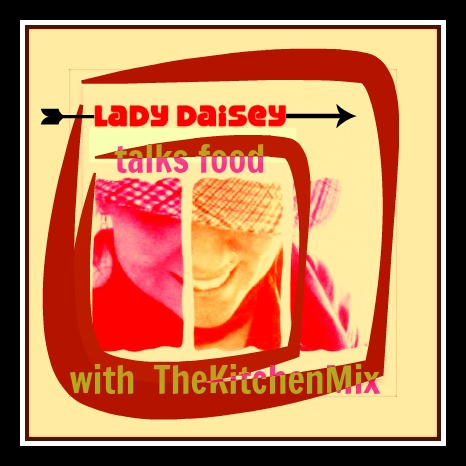 I go to shows. I go to shows and I expect to be wowed by the artists performing. Yeah, that’s a lot of pressure for an artist but that’s what I’m expecting. As an artist, you have to be a professional and say to yourself, “tonight, and every night, I’m going to give it my all. I’m going to leave 100% of myself out there on the stage tonight.” Sometimes when I go to a show, that’s what I get. Sometimes when I go to a show, I leave wholly unsatisfied and let down in the economic sense of opportunity cost; the value of an event vs. the alternative choice forgone (i.e. – I could have been working on a mixtape rather than listening to a subpar performance). With that in mind, let me tell you that with the two opportunities that I’ve had, thus far, to experience a performance put on by Lady Daisey, the opportunity cost has been 100% in my favor. This young lady, has a pair of lungs and attitude on stage that is guaranteed to electrify and entertain an audience.

When you have the opportunity to catch one of her live performances, I urge you not to forgo an alternative choice because that one, will be the let down. I cannot say enough about the incredible live talents that take place on a stage where Lady Daisey is commanding her vocal presence and husband/producer/DJ, Batsauce, is controlling the vibe. It’s contagious.

Excuse me, where are my manners. I’m taking for granted the fact that you’re already acquainted with the gifted and talented, Lady Daisey. If you’re just making her acquaintance, here’s what you should know: She’s a seasoned vocalist with a breadcrumb trail of stage performances that stretches halfway around the globe. Audiences form Seattle to Switzerland and Hong Kong to Las Cruces, NM have been blessed with the opportunity to catch one of her live shows. They’ve also been offered the opportunity cost of purchasing either her full length effort, In My Pocket, or her EP, of the same name or going home empty handed. Don’t sleep on either of these. Look, don’t take my word for it – here, listen:

Fortunately for us, we had the opportunity to sit down and share a meal with Miss Daisey here at Casa de KitchenMix and spent some time talking about music and food. It was a wonderful evening filled with laughs, stories, and straight up feasting. Here’s some of the food and music talk that we shared:

LD: Food nourishes the body, and food with good people nourishes the soul! What we see, feel, hear, taste, experience, etc influences who we are, so it makes sense to feed ourselves with only the good stuff!

TKM: How would you rate your kitchen skills? Who’s the better cook, you or (husband/producer/DJ) Batsauce?

LD: My kitchen skills aren’t so bad. I can survive. Sometimes I get creative and whip up a dish or two, but for the most part, Batsauce is the Chef in this castle. He has a knack for making exactly what I’m craving, and I’m always impressed with his creativity.

Although, I initially stole his heart with my rice and beans. My Puertorican gramma always told me “if you really like a boy, you make him your rice and beans” because every woman’s “sofrito” is different. (sofrito is the garlic/pepper/onion seasoning you use as a base) And if he likes your sofrito, then you’ve won his heart. Nailed it!

TKM: Love that! If you could have anybody make you a meal, who would it be?

LD: My mom! Her pork chops and rice and beans. I don’t know HOW she does it, because she’s a vegetarian, but she makes the most bangin’ pork chops! Crispy and seasoned on the outside, soft and juicy on the inside. We travel so much, I only get to have them once or twice a year, but it’s always a treat and I look forward to it every time we go “home.”

TKM: Who would you like to make a meal for?

LD: Who would I cook for? Yeeesh. I’m not really a great cook, so I wouldn’t want to cook for anyone I’m trying to overly impress. I’ve already worked my rice and bean magic on Bat. I do like cooking for friends though. Usually just the side dishes or salads, since Bat handles the main course.

TKM: What are the best cities for food? Any recommendations?

LD: It depends on what you’re after. Berlin is a 24 hour food city, so it’s nice to be able to get what you want, when you want it. I really enjoyed the tapas in Barcelona. And pretty much everything in France is amazing. I really REALLY loved the food in Korea, and China was a 2nd runner up. The West coast US is nice because it’s mostly fresh and organic. Man, I just like to eat. 🙂 Any and ALL of it.

LD: I like fresh food. Lots of fruits and veggies. I love salads! If it’s made with love, then it’s my favorite! Bat’s a stickler about only buying organic food, so I’m kinda spoiled in that sense.

We try to avoid greasy fast food at all costs. Although, sometimes when you’re on tour, it’s the only option after a gig, but damn, you feel wrecked the next day.
I’m not a huge seafood fan. I like fish, but the blanket term “seafood” goes way beyond fish and can be a little suspect, by my standards. Snails, clams, things with tentacles and antennae and shit – y’all can have that. LOL

TKM: What’s the best thing to satisfy a sweet tooth?

LD: OMG. Sweets are my downfall! I could wipe out an entire colony of gummi bears in one sitting. But I’ve been trying to cut back on sugar lately. Yogurt is my go-to sweetie treat, these days. I’ve also noticed, the less sugar I eat, the less I want it. I feel like a recovering sugar-holic. The temptation is still there, but I have a bit more self control now.

LD: More than one dish! And sharing it with good people! When the meal is done, and the table is totally covered in empty dishes, balled up napkins, empty bottles, crumbs and spills, to the soundtrack of laughter and good stories… now THAT’s a feast!

TKM: Is there a recipe you could share with us?

TKM: That’s what I’m talking about.

LD: Throw 2 pots on the stove, on low: one for the rice, one for the beans. You use the same sofrito for both. Start with olive oil, let it get hot and sizzly. Then start adding the garlic, onions, etc (listed below) Let it simmer until the entire house smells amazing. I know it’s ready when I hear Bat say “oooh!! what’s going on in there?”

*I can’t tell you exactly how much, because like I said, everyone uses different quantities
the beans

Gramma would soak dry beans, but man, that slows my game down, so I usually use a can of Goya beans: black, red, pigeon peas, whatever floats your boat. Drain all the water from the can, and throw them in one of the pots with the sofrito. Mix it up, and let it simmer. They’re already “cooked” so really, you’re just heating them up and letting the flavor soak in. Make sure you stir them every now and then so they don’t get weird.

I always use par-boiled rice because, again, it’s faster and easier. I wish I had my gramma’s patience when it comes to cooking, but thanks to the advancement of culinary technology, we have such things as par-boiled rice and canned beans. 🙂 The trick is you add the dry rice to the sofrito and let it all simmer together for a while, until the rice is all golden yellow. The rice soaks up the flavor, and THEN you add the water. Use the same water/rice ratio you normally would. Read the package for the math on that. You’ll know the rice is done when you see “holes” coming up. Not sure how or why that happens, but it does.

Serve the rice with a big helping of beans on top, and a dash of your favorite hot sauce. Sit back, and enjoy the compliments!

TKM: Can’t wait to make this. Since you spend so much time in Germany – what are the major differences between food here in the States and food overseas?

LD: The portions are way smaller overseas! I prefer that, because I’ll eat whatever’s on my plate, and realistically, I don’t need much. Germany doesn’t really do “spicy” so it’s hard to satiate the craving for that melt-your-face-off kind of heat. We usually O.D. on Mexican food when we land back in the States because you can’t find that here. Also, the pastries aren’t as sweet here, which I love. I have a hard time eating American sweets now because they’re over the top sugary. U.S. markets are HUGE, with so many options! Our markets here in Germany are smaller so we have less variety, but I love the fact that we KNOW, without a shadow of a doubt, Monsanto didn’t rub their nasty paws on it. Europe doesn’t play when it comes to modified food.

LD: Oh, absolutely! I feel great after a healthy meal! Energized, refreshed, radiating and ready to go! Some foods drag me down and I can feel the difference, so there’s definitely a science to that!

TKM: What projects are you working on/do you have on the horizon?

LD: Bat and I just turned in my next album – “In My Headphones” coming out January 2014 on bbe records. So the next few months are going to be all about promotions, planning tours, etc. I’m beyond psyched! We’re both really proud of this album.

TKM: Well, we’re looking forward to it. Who are your biggest musical influences?

LD: Vocally, my influences are Prince, Michael Jackson, Sly and Family Stone, Aretha Franklin, Bjork, Marvin Gaye, Al Green, James Brown. Musically, my main influence is Batsauce. Seriously. Not just his beats, but also the music he plays in the house. He rocks everything from old school soul to funk to psych rock. He just came up on a ton of Balkan records from our recent trip to Bulgaria, so he’s been playing/recording those. I listen to every sound he makes, and I take it all in. And if we are what we eat, then we’re also hugely influenced by what we hear.

I couldn’t agree more with her final statement, “if we are what we eat, then we’re also hugely influenced by what we hear.” Spoken like a true kitchenmixologist. Keep it locked here for updates on her new material and make sure to grab the older stuff, if you haven’t already. All things driving miss Daisey can be found HERE. Now if you’ll excuse me, I have to gather some ingredients for some beans and rice. Beans, rice and life!

We eat like savages in the pursuit of happiness. You can’t have a good story without great characters. The…