There’s still time to make this for Thanksgiving!  Yes, I definitely think you should. It won’t leave you feeling super heavy and bloated; I’d even dare to say it’s good for you.  If you haven’t yet explored making raw desserts, you need to know that very often, there is a lot of planning ahead involved.  In this case, it amounts to at least 12 hours.  Again, it’s worth it.

One day before (or longer) buy the ingredients and immediately place coconut milk in the fridge. It gots to chill overnight.

Leave the cashews to soak the night before.

Plan to begin the cake at least five hours before you want to serve it, as it has to freeze for at least fours.

I got this recipe from The Sweet Life Online, which is also where I found the recipe for the raw hazelnut chocolate cheesecake.

First, the crust.  Pecans, dates, cinnamon, salt and vanilla.  Into a food processor! 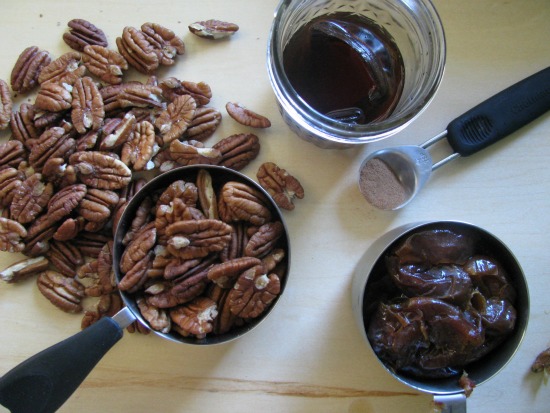 Pressed into a springform pan. 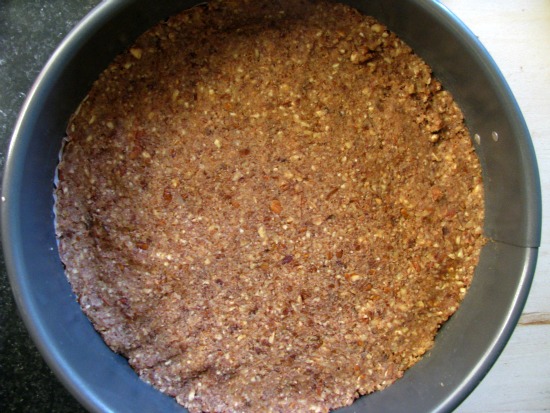 Soaked cashews… YUCKY water.  Be sure to rinse thoroughly. 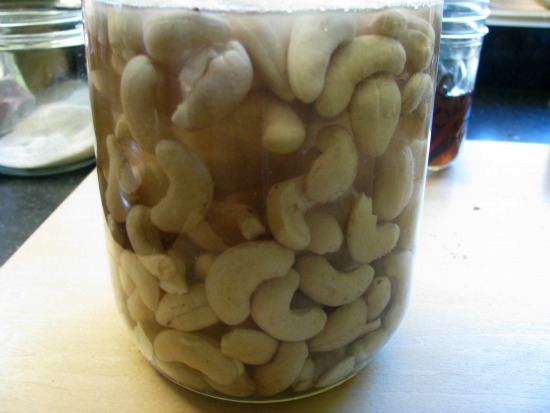 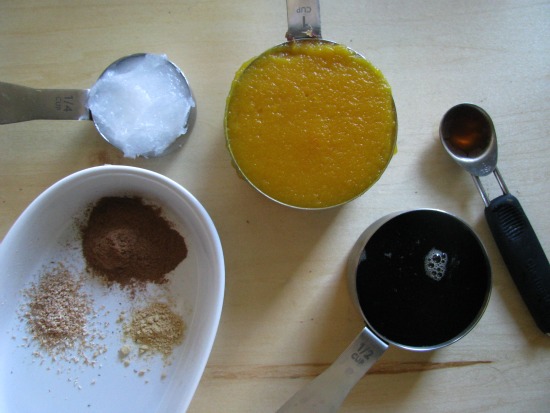 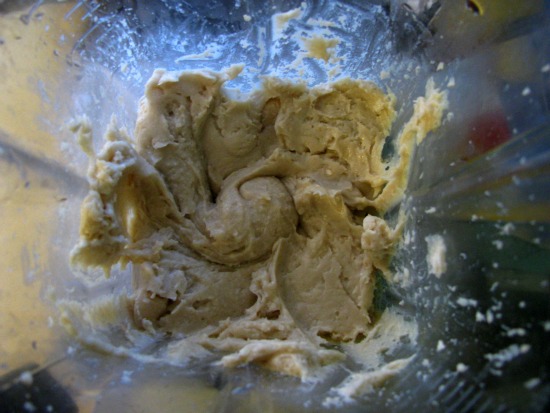 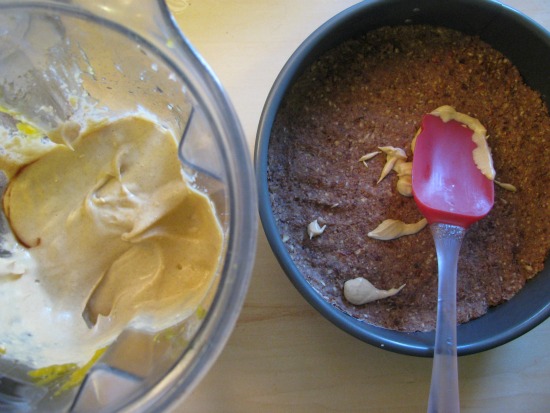 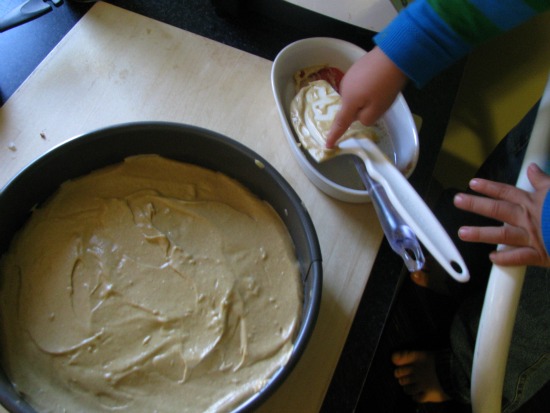 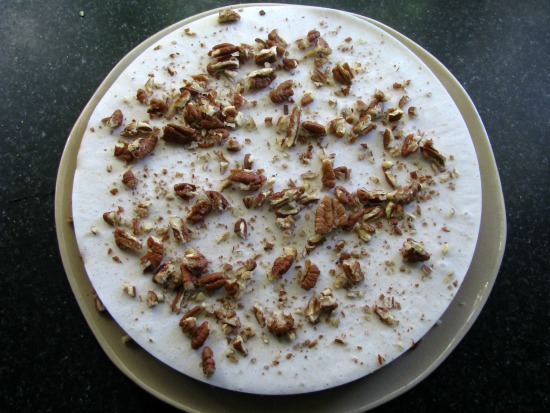 Ingredients for the crust:

Prepare an 8″ or 9″ springform pan (I used 9, as I don’t have 8) by lining the bottom with parchment paper.

Use a food processor to blend together the pecans and dates until uniform. Add the vanilla, cinnamon and salt and blend again to combine. Press the mixture evenly into the pan to form the crust. Place in refrigerator while you make the filling.

For the pumpkin filling:

Rinse the cashews really well and drain. In a food processor or blender, blend the cashews until they become a very smooth paste. This may take awhile, depending on the strength of your blender. Scrape down the sides as you process, adding a little bit of water if cashews seem too dry. Once the cashews are smooth and creamy, add the remaining filling ingredients and process until uniform.

Scrape the filling into the prepared crust and allow to freeze for a minimum of one hour.

Open chilled coconut milk and scoop out the solid coconut meat into a small bowl. Whisk in agave nectar and cinnamon until combined and spoon onto the top of frozen pumpkin cheesecake. Spread evenly. Return to freezer and freeze for at least 4 hours, until frozen all the way through.

If you have any pecans left over, use them to decorate the top.