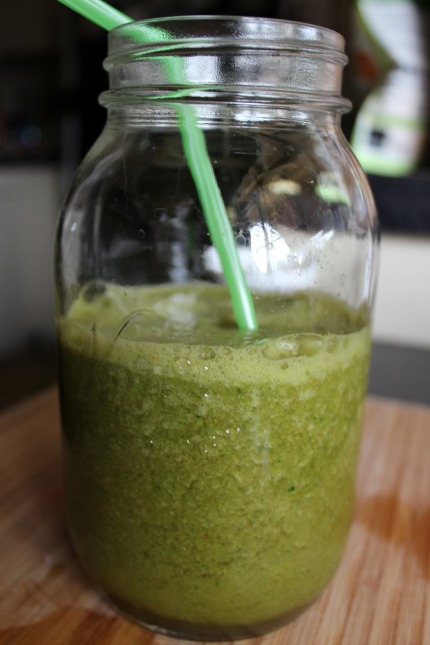 Remember all those commercials where people used to walk at like a 45° angle until they got their V8? Well, that’s kind of how I’ve been feeling lately – very much out of alignment.

In an effort to remedy this feeling I started a raw, vegan, smoothie detox this past Monday. All day Monday all I had were smoothies. It was SO much more challenging than I expected. In just a short amount of time, I learned a lot about myself and my eating habits. Tuesday was even more difficult and I ended up caving in and eating food that needed chewing late in the evening.

But I didn’t give up on the cleanse altogether. Instead, I decided to make it a little more sustainable – I’m still drinking the smoothies, but I’m also allowing myself some “real” food until I’m ready to try the pure cleanse again. The good news though, is that in just three days I have a stronger sense of clarity. See, I’ve been stuck in a rut for quite a while and I can’t figure out how to induce change. Finally, I had a “duh” moment – “Change your body physically and maybe other change will happen.” It’s an experiment of sorts.

I noticed too, that I had an extraordinary amount of energy on Monday night. I liked that because a huge part of this cleanse is eliminating coffee and sugar – two huge sources of “energy” for me. I’ve also eliminated dairy, wheat and alcohol. I don’t eat wheat anyway and very rarely drink, but I think it’s important to mention.

I implore you to try replacing a meal or two with a veggie smoothie. If you don’t like it right away, which you probably won’t, be gentle with yourself and give it another shot when you’re ready. Don’t just write it off… 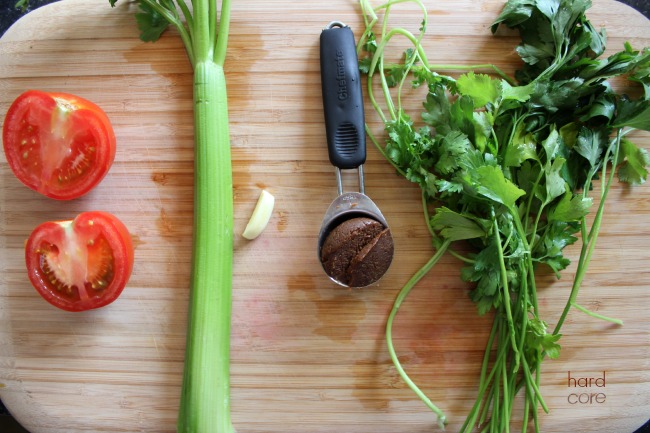 Remember to use the highest quality ingredients you can afford. The brown stuff in the tablespoon above is unpasteurized miso. It’s kind of expensive, $9 for a tub, but it lasts forever and adds that salty quality to juice without the bad side effects. 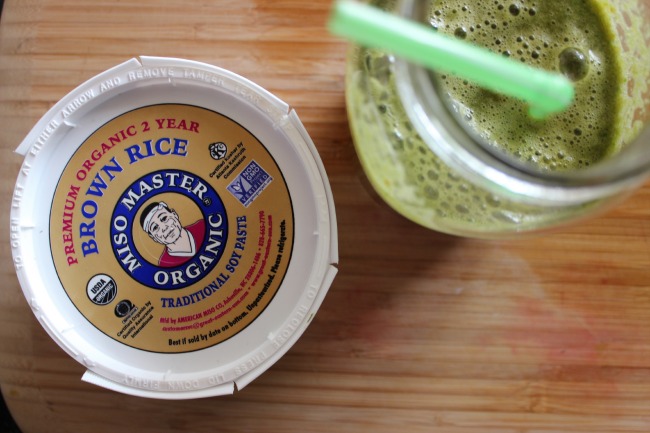 Place all of the ingredients in a blender and process until smooth.