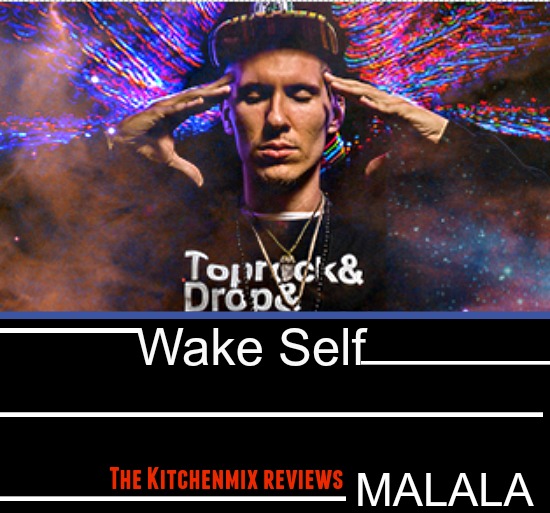 In Hip Hop there are single words and short phrases that have become mantras: Word is an affirmation, Peace is the greeting, One Love is an acknowledgment of our interconnectedness – these are the catchphrases of the culture. In spiritual disciplines that encourage meditation, mantras are the statements repeated frequently to help guide the meditations, to keep the focus on the path. I am limitless. I am the supreme self. At the end of Eric B. and Rakim’s Paid in Full Rakim asks “Yo, what happened to peace?” Because that is our Aloha. Conversationally, that’s our Alpha and our Omega. It begins with peace and it end with peace. These words and phrases keep us grounded. Unfortunately, these aren’t enough. Mainstream Hip Hop is devoid of these mantras. They’d have you believe that they’re not necessary. When in reality, that’s just the beginning and what’s missing is the full power, potential and understanding behind the dual nature of the self and our place within the culture.
That’s where the voice of the culture, the messengers -the MC’s role- becomes significant. They can offer more than just mantras in what they say. Words are powerful and how you use them, who you reach and the energy behind those words can transform people and reshape cultures.
Wake Self is one of those rare MC’s with an understanding of the power of words. He doesn’t take up space between the first and last beats of tracks with anything less than acknowledging what’s important. It can be what’s important to him (New Mexico), important to the culture (substance), to the world (equality) or our existence in this time and space (being mindful of our actions).
He recently released his third official album. This latest project is no different in regards to topics, intent and attitude. We took a moment to break down the project for the New Mexico wordsmith and rhyme architect. Here’s what we got out of it…

Intro
From the sample of Common saying “It’s here…” you feel a sense of relief like yo, I’ve been waiting for this project to drop and it’s finally here. If you weren’t lucky enough to grab a Hold Tight tour CD earlier this year while Wake Self was touring with Masta Ace, this might be your first introduction to the production skills of SmokeM2D6. Though, if you’re from the Pacific Northwest, you’re probably already familiar. In any case, this is the intro to get you acquainted with what you’re about to get into.

No Pricetags ft. Alia Lucero
Not one to wait around for the middle of the album to say something meaningful, Wake Self hits you with things worth thinking about from the jump off. On this track he gets into some of our societal vices (consumerism) as well as issues plaguing the music industry. The commentary on artists and their place within the industry should serve as a primer for people thinking about getting into the game. A great hook by Alia Lucero and a semi-pop-y production balance out the serious subject matter.

Hunger Pains ft. Def-i
Man, transitions from one track to the next is something completely lacking on most albums. I always thought that after Tribe dropped The Low End Theory, artists would start focusing on making sure there was a good flow to their album. If you weren’t paying close attention, you might think that the first two tracks were one long cut with a good transition in the middle. The other half of Definition Rare, Def-i, makes an appearance with his signature double time flow. If you’ve never caught these two live, you’re missing out.

16 years ago Common and the artist formerly known as Mos Def asked The Questions that needed to be asked. Unfortunately, those questions were pretty surface and didn’t get very deep in terms of what they were asking. Wake Self has a few Questions of his own with an assist from Miles Bonny on the chorus and DJ Young Native with the cuts. Some of the questions he asks:

How could you think that your spirit is non-existent?
Are you able to see Science and Religion have common bridges?
How come history books never documented
how indigenous tribes knew astrology and quantum physics?

Do we exist in time and space or in a quantum phenomenon?
Is inspiration like a switch flickin on and on?

Why do we call a weak man a pussy when pussy is creation?

If my thoughts become reality, is everything surrounding me
just a byproduct of my mind state’s reflection?
What is real and what is really deception?

Malala ft. Blu Samu
The title track is a watch-how-you-treat-our-daughters anthem. Issues of of misogyny and gender inequality are a few of the topics addressed here. If you’re familiar with the young woman for whom the album was named, then you understand how far we still have to go when it comes to fair treatment of women across this planet. They’re the mothers of the future, he points out. I was at a show with a friend and he spit the first verse after the beat cut off behind him. The audience listened captivated and when he was finished my friend, who has her own daughter, turned to me with tears in her eyes and looked at me like damn, this dude just dropped the realness. Truth. That’s what it is, truth.

Ice T’s Revenge
SmokeM2D6’s production is guitar-driven on this track. At first I wasn’t able to make the connection between the title and the topic but then it hit me. Ice T has spent an entire career in music and TV doing whatever the hell he wanted to do, even what people said he couldn’t do. “I don’t know who it is you want me to be” but I’m going to do me and you just keep on doing you. It’s about claiming his place in this thing called hip hop and being secure it who he is.

Keep On
This cut was also on the Tour CD that I mentioned earlier so I’ve had this one on rotation for a minute now. It’s the beautiful production that keeps me pressing play but the message that has me playing it for friends and family. It’s a common theme and one as old as time – to thine one self be true, keep on keepin on. This is the only track on the project not produced by SmokeM2D6. Shoutout to Bles Infinite on the magic behind the boards.

Be Like You
The message here: I don’t gotta be like you, you don’t gotta like what I do. Wake Self is all about promoting the courage that each of us has within ourself, and this is a perfect example of that. I can’t put my finger on what this production reminds me of but it feels like ’97 and the vibe of that year.

Coping Mechanism
At live shows Wake Self does these spoken word acapellas so that the audience can really focus on what he’s saying and not be sidetracked by the beat. This track sounds, to me, like something he’d do during those times. He discusses people’s coping mechanisms (hm, interesting title) and makes sure to let you know, “my purpose isn’t to paper chase.” He’s more about looking for the light, as he puts it.

Smoke Break
I’m disappointed that this intro was not made into a song. Once that beat drops…man, instead of playing a clip from an interview, I’d love to hear him drop some bars over the production. This just needs a verse…

Change the World ft. Gift of Gab
Gift of Gab (Blackalicious) and Wake Self each take a turn pondering and reflecting about what’s wrong with the world. You can’t go wrong with that lineup. Nothing more to say about this one. It speaks for itself.

NRG is EVRYTNG ft. Dre Z & DJ Young Native
That double time flow that we haven’t seen too much of on this project finally makes itself available for your listening pleasure. Dropping vowels from names and titles is something I’ve still yet to understand but what’s more important is following the message – understanding that energy is everything, can help brighten our tomorrows and giving thanks creates that energy. I don’t care how he spells it so long as he keeps dropping these gems.

Satori
I love the digital spaciness of the production here. For those not knowing, satori is an aspect of Zen Buddhism that refers to “seeing into ones true nature.” This is that idea put to song.

No Life Guard ft Alia Lucero
One of my favorite cuts, in terms of production. “I like to pray because I know that there’s a greater force than all these self-centered thoughts inside our heads to take their course” Yeah, um, the lyrics are no joke either. Dude wears his heart on his sleeves and lets us in on all of his personal missteps. “I’m just learning how to swim” in this thing called life…and aren’t we all?

Outro
The outro starts off like a self-help track over an uplifting beat and you might be content letting it fade out like that but then we’re gifted with some final bars before fading to black. And now you can start all over again from the top.

MCing is about more that just moving the crowd. It’s method and content. Message and connections. Mastering consciousness. Until we have more people focusing on the words they’re putting into the listening space of the world, we’re gonna be relegated to our single word mantras. Let’s extend our collective vocabulary in this culture and create more ideas worth meditating on. Thanks for doing that, Wake Self. Easily one of the top 10 projects to drop this year.

All Scores Are Out of a Possible 10