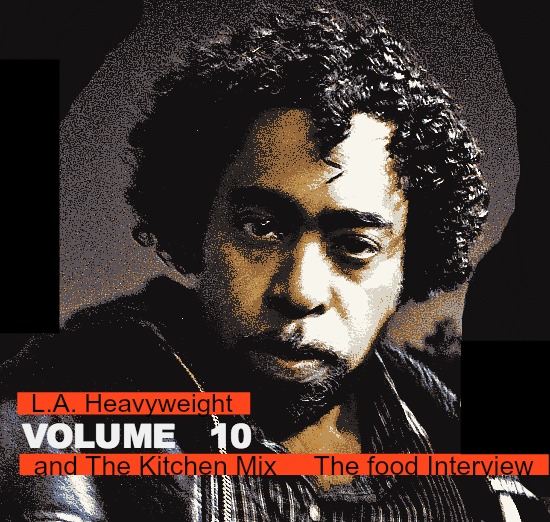 “I taste a difference in the (alkaline) water and I’m hoping that it’s going to save my life and put 20 years on my life. I believe it, so it’s going to happen.” Volume 10

When I was a kid I thought that everything I was in to was original. I’m not gonna front, I thought that MC Hammer was killin’ it when he first came out. The volume on my headphones was turned all the way up to 10. At the same time, my dad was trying to tell me that all of his songs were rip-offs. He told me that I should hear the originals. So I did.

Man, you gotta respect the originators.

Well, we recently caught up with an original in his own right. The innovator we caught up with doesn’t get near the amount of recognition that he deserves for the style that he fathered. Triple OG of the L.A. Hip Hop scene, Good Life MC and certified Heavyweight, Volume 10 took time to talk a bit about food with us.

This man developed a style of rapping that was later copied by other more well-known artists. He brought a rugged, more abrasive style to the L.A. scene and created a classic that when played at a club, still sets it off today.

That track really catapulted Volume 10 into the national scene in the early 90’s. It also helped shine a light on other greatness coming out of the Good Life Cafe in South Central Los Angeles. If all this is news to you, I urge you to track down and watch This is the Life: How The West Was One. It’s all broken down from the people that were there. I highly recommend it.

Anyway, here’s a tidbit that I’d like to share: You already know Volume 10’s style from songs like Pistol Grip Pump. But let’s see how he influenced others.

Exhibit A: Judge for yourself. Here’s what one rapper, Ice Cube, used to sound like pre-Volume 10…

…and here’s his style after Volume 10…

Alright, enough about styles and credentials. Let’s focus on some food talk. Here’s what Volume 10 had to say on the topic of food:

V: Today I had fried fish…

V: Wow! I will tell you that I have a bit of a ritual. I eat, I drink, I smoke, and then I write. In that order. I can’t do it any other way. Anytime I try to get my mind set on doing any type of artistic anything is just doesn’t happen unless I eat and drink.

TKM: So, what do you need? fried chicken?

V: Ok, I had fried fish today. I had fajita tacos not too long ago.

TKM: Do you make it yourself?

V: I did. But it came readily made – you know how you can go to the neighborhood farmer and he’s already put the spices and everything in it? I got that. The chicken and the steak. I had chili beans for breakfast yesterday. Haha. For lunch today I had chili beans and top ramen. I would like to eat fruit more often but I don’t. However, I drink about a gallon of water a day. And also I bought – a friend bought a canister, a bottle that’s supposed to make your water alkaline.

V: Yeah, so you know about those things?

TKM: Yeah, we’re all about those.

TKM: Yeah, I saw that at the farmer’s market.

V: Exactly! That’s where we got it! At the farmer’s market. Dang, that’s crazy! Ok, so yeah – Wow, I don’t know, I taste a difference in the water and I’m hoping that it’s going to save my life and put 20 years on my life. I believe it, so it’s going to happen.

TKM: There you go.

V: There you go. Yeah, alkaline water. And as soon as my money’s good enough I’m going to buy the machine and I’m going to do it right.

TKM: Can you give us a recipe?

V: Dude – OK, I’ll tell you my spaghetti. I like my spaghetti. Get the Ragu and you have to get all the trimmings that you like. The mushrooms, the onions – you gotta doctor the thing up. Italian sausage, different types – I don’t care man, I put the pork and the beef in there. I don’t care. I’ll put a little bit more garlic – I like garlic! A little extra garlic. And I’ll let that thing simmer for about half an hour or 45 minutes on low until those mushrooms get really, really, really liquified. Til the onions are really, really liquified. And there you go.

TKM: What should we have for drinks?

V: For drinks? Oh my god, I have no idea…grape soda! HAHA.

V: Ok, listen, you busted me right? I’m not supposed to be drinking sodas, messing around with alkaline water, right? And trust and believe they tell you it increases whatever else you do. It does. Because I feel like I’m just going to jump off a roof after drinking alkaline water and then a soda. So yeah. And, you gotta get the garlic bread. And you can’t mess around with wack cheese. You go ta get the parmesean ungrated. Not the grated one. The ungrated cheese. Put that thing in there. A nice little salad on the side – Italian salad. Doesn’t have to be a lot of stuff in it. Boo-yow! If I wanna impress a girl, fill her stomach and have her have a good time after smoking a nice fat one – Bam! Volume 10’s Spaghetti Sauce. Quick. One hour.

And there you have it ladies and gentlemen. The Volume 10 Spaghetti Sauce Recipe. Guaranteed to impress the ladies. We’ll be sure to make that soon enough (with just a few substitutions). Be on the lookout for that. Also, I’d recommend that you go back a give a listen (or a purchase) to Hip-Hopera and Psycho. And if you haven’t heard all of his verses on the Heavyweight tracks, go back and give a listen. Respect the originators.

And he’s still puttin’ in work… 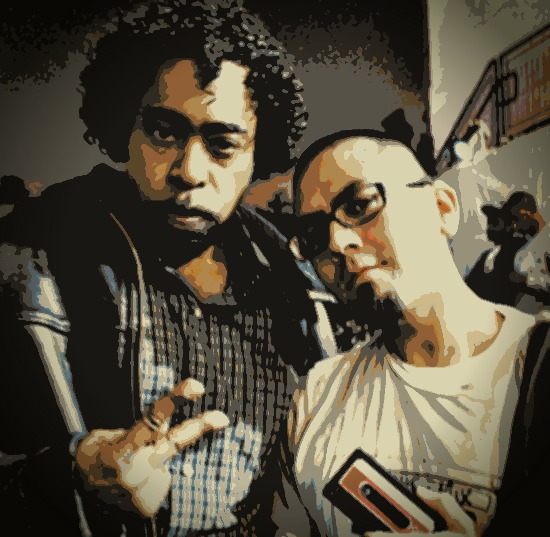 “My energy: everlasting. You lookin’ at a winner, see? Absorb it now. I breed growth while they come up…