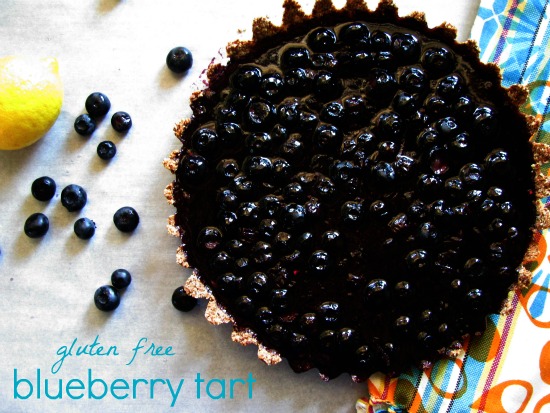 I almost bought a cookbook during a recent trip to LA.  This is significant because I never buy books on the fly like that.  I don’t buy books until I know I will use them, and  then I don’t buy them until I find them at a fair price.  That’s one of the pitfalls of working in a library, I guess.  Instead, I do what all bookstore owners abhor:  I take a picture of the cover and then look for it at the library!

Lo and behold,  this title was on the shelf – though my first inclination was to long for that immaculate new book smell and cover…

If you don’t know, I’m obsessed with cookbooks.

The book, titled Clean Start:  Inspiring You to Eat and Live Well by Terry Walters, caught my attention because the recipes are wonderfully simple and it’s arranged by season, which I like.  As I browsed through the cookbook the day after bringing it home I realized I already had all of the ingredients to make this recipe.   “I can make this right now!”  Aw yeah…

The best thing about this tart is that the ingredients are so clean you can eat it for breakfast.  Seriously.  I didn’t even feel the slightest guilt feeding it to my family.  It’s sweetened with only apple juice and maple syrup!

Perhaps you too already have the supplies for this?  If not, it’s definitely worth shopping for.  So much so, that I made this tart twice in a row, which meant I had to go out and buy more blueberries and maple syrup. 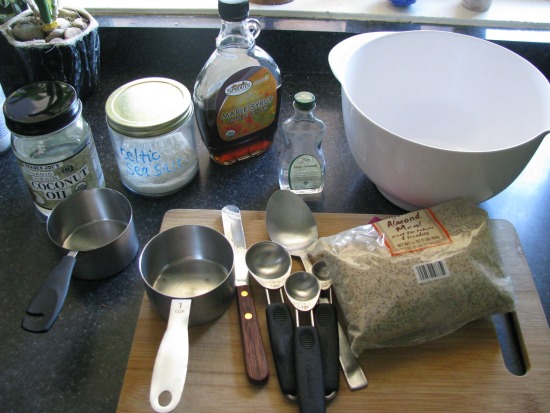 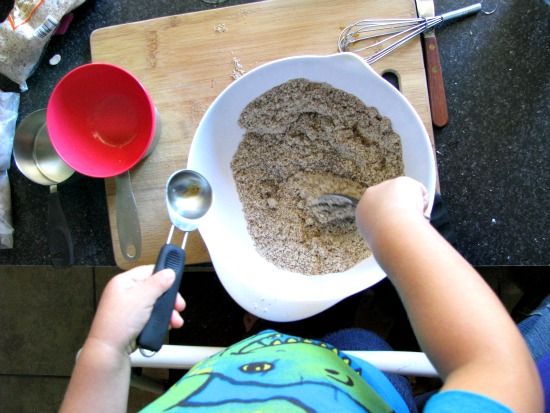 And they can press to form a crust… with a little mess on the side. 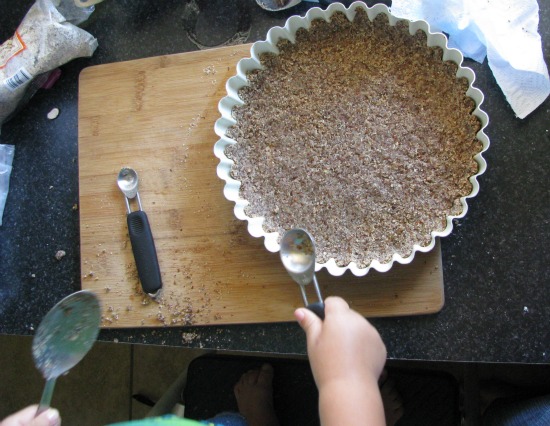 Don’t forget to wash your berries! 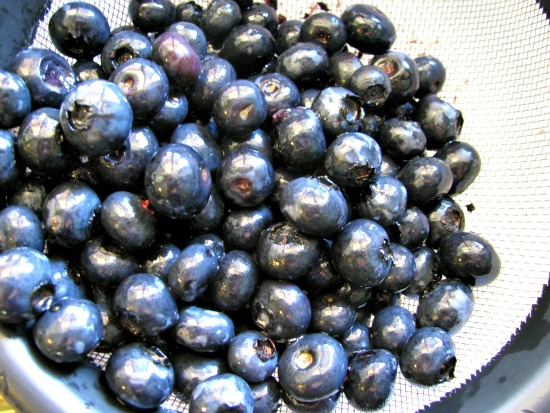 If you’re not used to working with arrowroot powder (which I wasn’t – it’s been sitting in my cupboard unused for a long time), it can seem a little tricky.  At first I didn’t think it was working; I even added half a tablespoon to my mixture to see if that was the problem.  I’m not sure if the extra arrowroot made much of a difference, but I allowed the mixture to cool a bit before pouring it into the crust.

Don’t forget to scrape and do a little taste test – you’ll know it thickened by how it sticks to the sides of the pot. 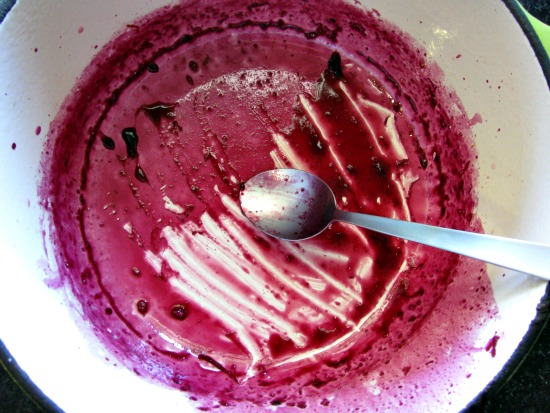 adapted from Clean Start: Inspiring You to Eat Clean and Live Well by Terry Walters

Place the almond meal in a large mixing bowl.  Combine the maple syrup, coconut oil and salt in a separate bowl.  If your coconut oil is solid, do this in a medium saucepan over low heat, just until the oil melts.  Whisk in the almond extract (and remove from heat).  Pour this mixture over the almond meal and fold to incorporate all ingredients.  Transfer to a tart pan and press to form the crust.  Bake for 15 minutes or until golden brown and then allow it to cool on a wire rack.

In a small bowl, whisk together 1/2 cup apple juice with arrowroot powder and set aside.  In a medium Dutch oven over low heat, combine the remaining 1/2 cup apple juice with maple syrup, lemon juice, almond extract, lemon zest and salt and bring to a simmer.  Add 1 cup blueberries and stir until berries start to pop and liquid turns red/blue.  Reduce heat to low and add the apple/arrowroot mixture while whisking continuously.  When liquid is thick, remove from heat and fold in remaining blueberries.  Pour into crust, spread evenly and refrigerate for at least one hour to set.

“Now I’m on the inside, looking at my list Organic chicken, kale salad And a lemon twist” -DJ Dave…