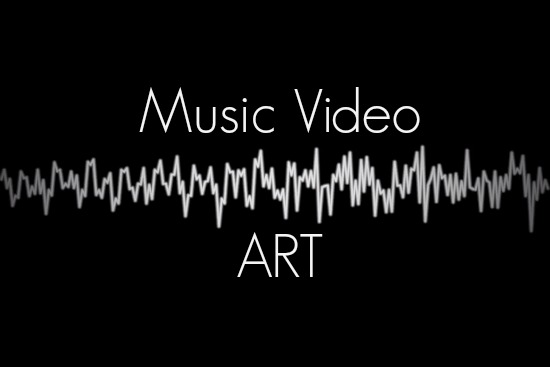 Last year I shared some eye candy with you in the form of visually creative music videos. If you missed it, peep it HERE. I’d been meaning to write up a part 2 for you and it had almost slipped my mind until I came across the first video that I’m gonna share with you today. Oh, yeah I gotta share these videos with the people.

Let’s get into it…

1. This first one comes from producer Jinesis. He’s got Fresh Daily holding down mic duties on this visually creative track called Critics. You know how we’re wowed by people who can take a chainsaw and a log and two hours later they’ve got a sculpture of a bear or something? I think we’re mostly fascinated by the fact that they’re doing so much with so little. The video for this track is mostly black and white and uses very simple linear characters but the outcome is so much more than that. It’s super creative the way the images compliment the lyrics. I’m loving this one…

2. Like cartoons? Like Adult Swim? If so, you’re gonna love this. Upon viewing you might start to think that maybe somebody slipped something into your drink. It’s a pretty trippy visual accompaniment to Blockhead’s track, The Music Scene. Colors are vivid and the images flow. What more do you need?

3. I’m a fan of puppetry. You know how little kids are in awe on that shit? Well, I still am. My kids love it. We even try to take them to the Arizona Puppet Theatre whenever we get a chance. Well, this Little Dragon video features Thai-styled shadow puppetry to tell a story. It’s beautiful.

4. This track came out years ago. Strangely though, the video didn’t come out until a few years later. I’m glad they did end up making one for it, tho. The visuals for this Ceschi track featuring 2Mex and Awol One are perfect for the song. It’s not as visually stunning as Blockhead’s but it’s beautiful and fitting for the track. Check it.

5. The beauty in this next video is in its simplicity and creative use of color. One story is being told in full color (the positive message) and another story, on the opposite end of the spectrum, is shown in black and white (the negative). Check out Pharoahe Monch’s video for Black Hand Side off his album W.A.R.

6. De La Soul. Probably the greatest group ever…not just in Hip Hop either. They were inspired by an instrumental from Wu Tang’s Forever album and created the following track. Lots of cool stuff happening in this one. What!?!

7. I love stop motion animation. When we were kids I remember getting our hands on a video camera. We tried doing all these cool “tricks” that mostly involved stopping the camera and changing something about the scenery, like our clothes, and then resuming the recording. It was hella fun. Well, Grouch & Eligh just put out this new video for their song produced by Pretty Lights and they have perfected that stop motion video “trick.” So dope!

OK, this last video isn’t a music video but I decided to share it anyway because my kids love it so much. It’s their favorite video on YouTube and they can watch it over and over for days. Maybe you’ll like it that much, too.

Hopefully I shared something you’ve never seen before but enjoyed. The art behind the music video is so important to the success of the song. I remember Busta Rhymes putting out that video for Put Your Hands Where My Eyes Can See. I didn’t think too much of the track on the album when I first heard it but when I saw the video with the glow-in-the-dark body paint and Coming To America scenes I started to change my tune. Good music needs to be represented visually by art just as good or better. Artists owe it to themselves…and to us. More videos soon.