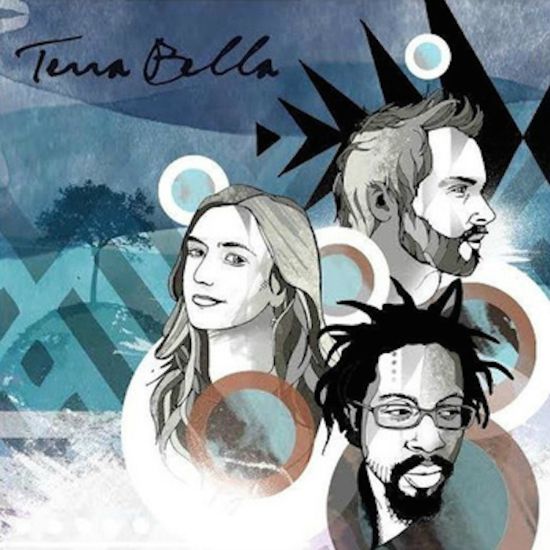 “We hit the lab, and we’re hoping to accomplish
Jams that’ll lead you to the land that’s promised” – Mr. Lif from “Let The Rhythm Just”

I know of couples who don’t enjoy the same genres of music. I find that absurd. If you can’t share music…what else is there? There are families that don’t share music with their children. Why would you play music for your kids that you wouldn’t normally listen to on your own? I don’t get that.

If you know my family, if you’ve ever been over to our house, you already know that music is a centerpiece to our daily operations. Now, I have a five year old and a nine year old and I don’t hold back too much of my musical collection. The kids eat what we eat – we don’t prepare kids meals around here – and listen to what we listen to. Though, to be sure, I am careful about some of the selections – they’ve heard plenty of Biggie and Cube though it’s only ever been the edited versions. But a larger percentage is straight, no chaser.

Now, me and the Mrs. do have a few differences in our musical tastes. While she’s not as into the Roots Reggae that I can play day in and day out, I’m about the same with the indie electronic folk pop that she gets down on. But 9 times out of 10 we’re vibing to the same radio waves.

A few weeks back she hipped me to this new project called Wildlight and I didn’t readily admit that it was nice but on the low I was turning up the volume and allowing for opportunities for it to be heard more often.

Coincidently, last week I came across this project on Bandcamp that featured Mr. Lif and happened to feature the same folk vocalist from Wildlight. It was playing it in the kitchen when – yo, I knew she was going to like it, I love putting her on to new music – all of a sudden she says, “That’s the same singer from Wildlight.” Oh, word? A quick Google check later and it was confirmed that this, in fact, was the same voice on both projects. And two points for me for introducing her to that new new.

Because the entire family is feeling this project in a way that families should enjoy things together, I thought I’d give you a little run down on it.

The album opens up with an uplifting headnodder that my five year old can’t seem to hold back on. He gets loose with a little shoulder movement and two step that mirrors the beat. It’s kinda pop-y but Mr. Lif adds that food for thought that keeps the track hearty. The Polish Ambassador (sole producer for the project), who I first heard on a track with TKM favorite Raashan Ahmad, lays down a pulsing disco beat and rhythm to get the dang thing going. And Lif and Ayla do what they do best. Great opener for a project like this.

The Caged Bird Sings is lot more mellowed out. The production melds together to provide the perfect backdrop for Mr. Lif and Ms. Nereo to wax poetic. Poetry in musical motion.

Complete picks up the pace and gets us back onto track for 5 year old dance offs. Something to vibe to when you’re getting that day-to-day grind on. Move something.

Ricochet Syllables features Zumbi (from Zion I). I always thought Zumbi and Lif would sound nicely together. Then last year Mr. Lif was featured on Zion I’s EP Libations. I knew that shit would work! This go around Zumbi gets to repay the favor by hopping on this Polish Ambassador produced goodie. The BPM’s stay high enough for my son to add a heavy side-to-side glide, while somehow maintaining that but-check-for-the-lyrics vibe that Hip Hop heads fiend for.

Crowd Control is the token B-Boy track on the project. All MC and breakbeat everything. It’s the dedication to the art form track that Lif and P.A. needed to make just so there was no question that the heart of this project beats to a Hip Hop drum. Softened up just right with Ayla Nereo’s songstress touch.

Kumite has the only other feature on the album and is very likely gonna be the first track I feature from the group on my next mixtape. Chali 2na adds some verbal martial artistry to a track that would have been heavy enough without him. By this point in the project, Ayla’s verses start to have more of a Hip Hop delivery to them – she’s not rapping…but she is. In a way only a folk artist could when accompanied by 2 of Hip Hop’s heaviest hitters. Solid on all fronts.

Dreaming of Banjos is most likely the title that The Polish Ambassador gave to the instrumental track before he gave it to Lif and Ayla. The song itself is an ode to a phantom love and just happens to have banjo samples throughout. While I don’t quite agree with the title, I do highly recommend the track. The way the lyricist and vocalist go back and forth, it’s just so seamless and feels so natural. This is what good-for-the-soul music sounds like.

Let The Rhythm Just embodies what this project is all about. If you’re going to introduce this to a friend, start here. While I wouldn’t personally pick this as my favorite track, it is the essence of the presence they’re trying to portray. The Polish Ambassador is in full form with layers of sounds and rhythm. Mr. Lif drops that antithesis to “audio garbage,” as he puts it. For her part, Ayla rides the rhythm with a very poetic chorus is her cool-out sing-song-y way. Fresh. Very fresh.

The production for Lost & Found creates the soundscape that you might find playing lightly in the background of your favorite herb shop. The flute is the backbone but once the percussion and lyrics join in it becomes something that resonates with your inner B-Boy self. At a few points in the song Ayla accompanies Lif on his lyrical delivery and it comes across so nice that I wish they employed that method more throughout. They have a real chemistry. And this is the track that proves it. Thank The Polish Ambassador for crafting this little gem.

I really can’t say enough about this project. At this point I’m venturing into that fine line of playing it out and keeping it in heavy rotation. I’ve been a fan of Mr. Lif’s for quite some time but this album really showed another side of his persona and versatility that I hope to see more of in the future. The Polish Ambassador put the thumbtack on my musical map earlier this year with the Raashan Ahmad collaboration. Now, I’m keeping my ears open for all roads pointing in his direction. This guy is the real deal. And Ayla. This made me a believer. That Wildlight project was very nice but after this…all I’m saying is remember the name, Ayla Nereo. I’m expecting big things.

If you have a family that loves good music…get this. If you feel that downtempo chilled out vibe…get this. You want lyrics…get this. Are you more about production over everything type of person?…get this. Not quite into Hip Hop but love a good vibe…get this.

Please head over HERE to stream and download the album. It’s a free/pay-what-you-want project but it’s worth more than whatever you decide to contribute. Between me and the Mrs. we’ve already purchased 3 copies of Terra Bella. Can’t name the last album we did that for.