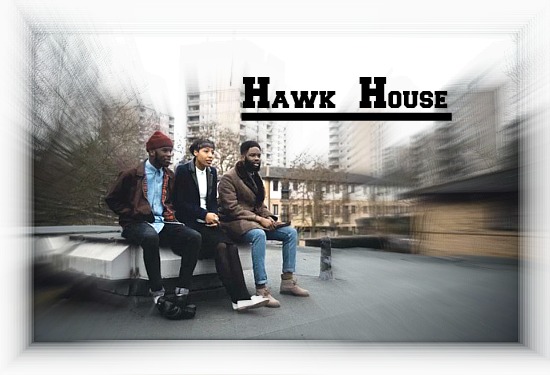 When it comes to watching sporting events on TV, I’d probably be considered a more subdued fan (although, I have had a few moments during various playoffs over the years). By that, I mean that I’m a little more withdrawn than the average fan that shouts at the idiot box, critiques player performance and engages in a one-sided dialogue with the commentator. That’s not to say that I’m emotionless while watching, I just keep my noise to an appropriate level. However, there are some events where I can’t help but to stand up and shout. If UK trio, Hawk House, was a sporting event, I’d be up out of my seat making sure I was heard. Best believe that.

Refreshing. So damn refreshing. I need to make sure that everyone I know understands how dope these guys are. Stream it, download it, and share it with someone who will appreciate the quality and style of this project.

This has been on heavy rotate since the day I was introduced to their sound. I’m reminded of so many great groups with this project. It’s like a smoothie of all of my favorite 90’s groups blended up and poured into a project called A Little More Elbow Room. The three young artists that you’ll hear on this mixtape are all equally talented and can hold their own. I suppose this is considered a mixtape because several of the beats on the project have been reintroduced or salvaged and refurbished for our pleasure from artists like Ta-Ku. And yeah, the beats are dope but it’s the feel of this album that really sets it off.

From this project, I’m reminded of great albums from Tricky, Digable Planets, Morcheeba, The Spooks, and even Portishead. It’s almost an homage to the great Trip Hop albums of the 90’s and laid back backpack rap cats of the past. And if those artists I mentioned are new to you, please go back acquaint yourself with those projects.

Again, the project is super dope but for what it’s worth, here’s my play-by-play.

Quantum Foam is the intro that gets the project going. It’s some sensual Sade-esque crooning over electro-vibes that really sets the tone for what you’re in for.

Live-ation comes in with that same beautiful voice from the intro and I still haven’t heard any raps, but I’m good. Though, when the lyrics start to drop I’m glad they did. It’s like a mix of John Robinson, Ish and Doodlebug.

Round We Go has a beat I’m sure I’ve heard somewhere before but these guys definitely do it justice. These guys all get down on the hooks together and I appreciate that. Usually when you have a few MC’s and one of them is a female that can sing, she ends up doing all the hooks. Not the case here. When our heroine gets her shine, she sings her bars and helps out with the hook.

Aureolin (Interlude 1) is another vibed out electro-soul snippet that serves as nothing more than a segway to the next track.

Pause is one of my favorite tracks on this mixtape. More laid back, effortless flows here. There aren’t many cats that can rap well and make it feel so easy. And here we’ve got 3 MC’s doing just that.

Tidal Tendencies begins with a stretched out voice saying “going way back.” Well, it ends that way. The track is fresh as a fade but wraps up with your standard raps over a beatbox. What’s more old school than that? Can’t go much further back than that. Definitely some Hip Hop quotables on this one.

Plum (Interlude 2) is the only track I could have done without. It’s just kind of eerie and ominous and doesn’t really fit into the mix. Take this out and you have the closest you can come to perfection on a project of this type.

Laid Back is exactly that in terms of feel but imbedded within all the laid backness is a nice little narrative. It’s a nod to “a time when it all made sense.”

Save it for Another Day is more narrative storytelling. This one is missing a female presence. They could have used her on this, too.

It’s Everyday kinda reminds me of Pharcyde’s “She Said” for some reason. This one and the previous one are a little more stripped down as far as production. Whereas the trio was able to immerse themselves into the soundscape of many of the opening tracks, on this one they are more at the forefront. And that’s not a bad thing.

Turquoise (Interlude 3) has that video game feel and sounds like something Mega Ran would probably be comfortable rocking over. Luckily, they decided some more of that beautiful voice would fit in nicely (and decided to hold off on the MCing for this one).

Quark is the closing track on the project and closes up with the same slowed down vocals that they’ve used several other times throughout the mix tape. It mighta been better to have their unfiltered vocals closing this out, but no biggie.

A solid effort from some young freshmen in the game. I look forward to hearing more from these brethren from across the Atlantic. I hope they’re able to hook up with a single producer that can build on their strengths and help them create something that will really put them on the map. Until that time, please keep this one at arms reach and spread the word. You can find and follow them on Facebook and Twitter. Other than that, you’re probably just gonna wanna keep it locked here to stay up on any newness from Hawk House. You know I’m always gonna keep you on the path and never lead you astray. 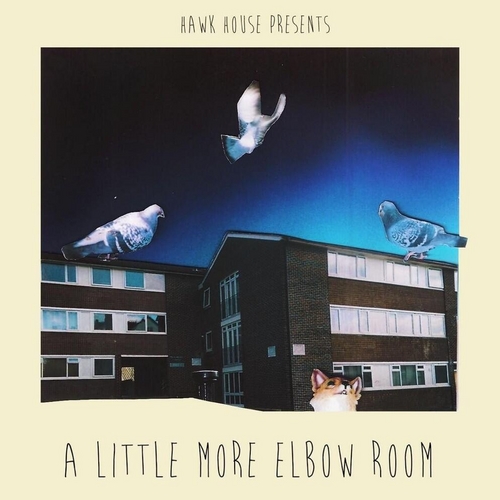 I’ve been wanting to teach my son the great game of Chess for years now. He’s got great focus…