I’ve spoke AT LENGTH about records and reading the credits.

Pick up a record, flip to the back, scan the text, look for connections and then either put it back in the crate or take it to the register. You start to develop expectations for artists, record labels, producers, etc. I have found some real gems this way. Be that as it may…every now and then you get that dud, the washout you wish you never came into contact with. “The Kwame Brown” for basketball fans and aficionados.

Not long ago, I took my two kids and a good friend along with me to dig through some crates in the hopes of finding some good-for-the-soul music. Blessed by chance and circumstance, I came up on some good stuff that day. I was pleased with my selections.

My five year old expressed interest in the records and asked if I would get one for him. Sure. I love it. I mean he’s got a few records, though, mostly just stories and kids sing-along type stuff. What he was asking for was actual music by recording artists. I can dig it (pun intended). Throughout our record quest my son would bring me records for inspection. “How about this one. This guy looks cool” or “Daddy, is this a good record?” See, he was looking for an album art purchase. Should’ve gone that route with him. Honestly, I was gonna let him buy whatever he wanted…under $3. I wasn’t about to pay good money for crap…was my plan.

So, he brings me this record that has what looks like two hands squeezing the last of the air out of some kind of plastic ball or inflatable something-or-other. I don’t know, maybe it was the colors but something made him grab it and think that it looked cool. 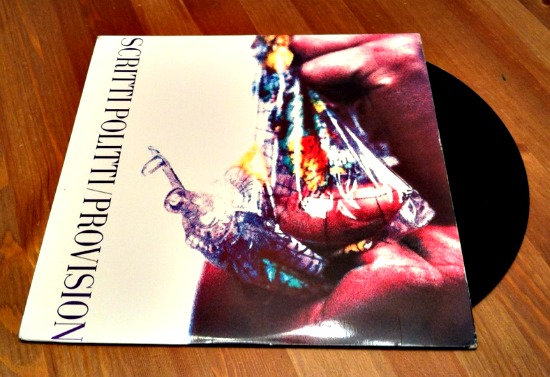 So, in my mind I’m like, “alright, alright, let me check this thing out.” Flip. Scan. Should I spend $3 on this thing? Oh, wow…Miles Davis is on this record…Roger Troutman, hmm…Fonzi Thornton, I’ve heard that name before…what is this, who is this? I called over to my friend, “Hey, you ever hear of Scritti Politti?” He said it sounded familiar and that he thought it was a punk band. Well, the album was released on Virgin Records so most likely not a punk band. We were both intrigued by the Miles Davis and Roger Troutman names that stood out on the back of the album. Three bucks. We’ll take it. 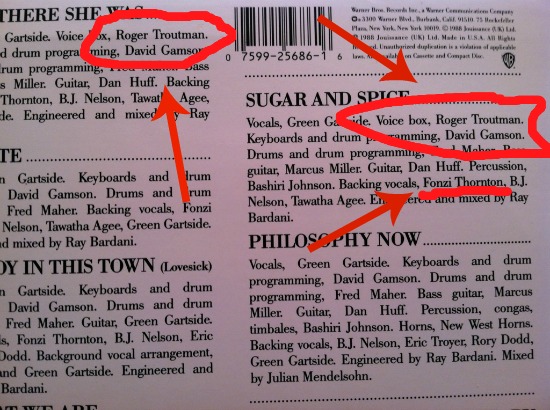 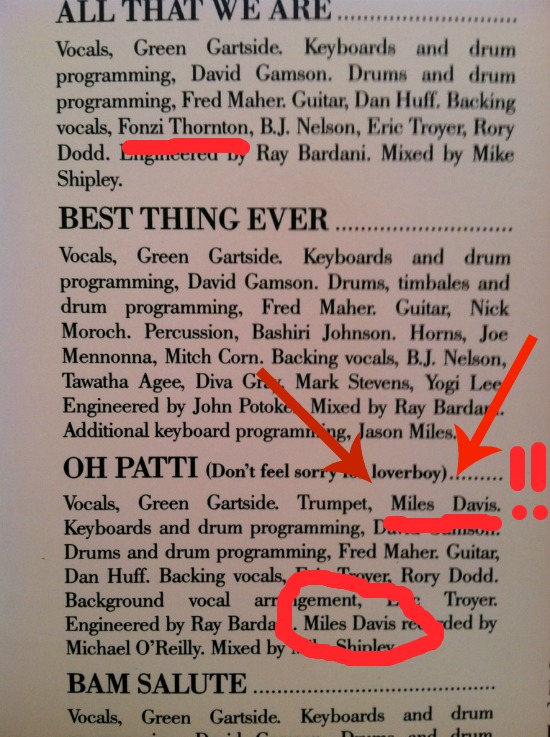 So, we get home and my son is excited to hear his new record. I’m curious myself so I guess there’s a little excitement there for me too. Opening up the album is NOT promising. 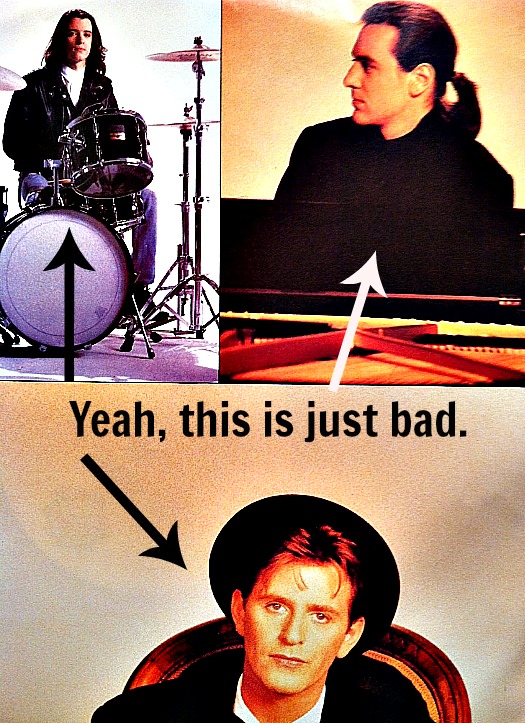 I proceed to put it on. Wow. Not what we expected. Let’s put on the track with Roger Troutman maybe it’ll have more of a Zapp feel to it. Strike two. Ok, let’s see what this track with Miles Davis sounds like. What is this crap?!? We listened to the whole album (well, we gave each track a listen, anyway). Nobody was interested. So, we got online to do some research. How did this band, and specifically the lead singer, end up working with the likes of Roger Troutman and Miles Davis? Apparently he’s worked with Chaka Kahn, Al Jarreau, Shabba Ranks, Mos Def and many more established artists as well. How? We listened to some of this other stuff that we came across on the world wide web. Equally unimpressive. It’s a mystery to me how he has had all these opportunities and yet puts out, at best, mediocre music. Oh well. Anybody want a free record?

I’m at my local record store flipping through the vinyl in the Hip Hop section. After checking the quality of a particularly good Scarface record and then replacing it, I notice a Scritti Politti record right behind it. Ha! Forgot all about this dude. I’m just about to snap a shot of it to send to the homie that was with me when we initially “discovered” Scritti. When, to my astonishment, I notice the names Pete Rock and Ali Shaheed Muhammad on the label. Huh???? Again, how does this guy have these connections? Now, if you’d heard his first album and you know those two producers you’d have your WTF face on too. Just to be clear, Pete Rock produced THIS and Ali Shaheed Muhammad produced THIS while Scritti Politti made THIS. See?
Now I’m thinking, “OK, I might hafta buy this out of curiosity. But I can’t let anyone know about this. Hey, It’s only $1.99.” I proceed to flip to the back and see what else in on this 12″. C’mon…even a version by Psycho Les of the Beatnuts??

So, Scritti Politti has a track with Mos Def and (someone named) Lee Majors on the verses and has variations by the legendary Pete Rock, Ali Shaheed Muhammad of A Tribe Called Quest and 1/3 of The Ummah (production team consisting of Q-Tip, J Dilla and Ali) as well as Psycho Les of the Beatnuts. Wow. Just, wow.
Threw it under the stack of records I was already purchasing and headed to the register.

I get home and it’s the first thing I put on the platter.

Surprisingly pleased with this $2 purchase. The instros are too nice and perfect for Sunday afternoon listening. I have no idea how this guy has made the connections that he has over the course of his career…but he did. Perplexing. The old adage “it’s not what you know, but who you know” is proven here.

I’ll just chalk this one up as one of life’s little unsolved mysteries. Cue fade out music.

Lots of good music this year! Lots. The following are albums that I enjoyed and listened to again and…