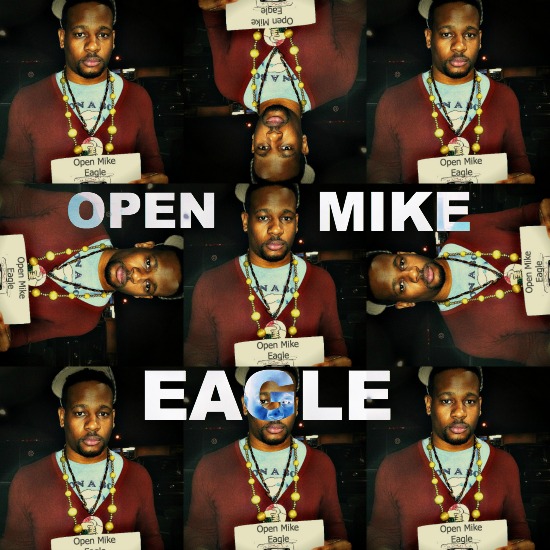 “Yo, Give me food truck tacos
Heavy sour-cream, no cilantro
Rap’s all post-modern
A bunch of style authors but no fathers
I stay familiar with my lineage
And spend a lot of time defending it” – Open Mike Eagle

A few days ago an Open Mike Eagle was spotted in our vicinity, swooped into Casa de kitchenmix and devoured a meal that we had prepared. While most eagles are considered birds of prey, hunting for their next meal, this one is more domesticated and quite skilled in the art of emceeing. This particular species, of which there is only one known in existence, can be found migrating and zigzagging across the country (and even across Oceans to other continents). We caught up with this apex predator as he passed through the Sonoran Desert and attacked the mic at a local Hip Hop venue. Caution: if spotted, do not attempt to leave open mic’s unattended…they will be consumed.

Below is some of the conversation that we had with this Art Rap After Partier:

TKM: If you were writing your own Wikipedia page, what would you say about yourself as an artist?

OME: I’d probably talk about some of things I’ve done that I’ve been most proud to list as accomplishments. One would be having gone to Uganda to record a project with Ras G and a group of Ugandan rappers. Another would be having co-authored and participated in a study with the National Institutes of Health on brain wave activity during freestyling.

OME: I’d say that I don’t see much of a direct correlation but that may change. As my art develops I become more aware of how much that changes in my sensory information can affect my artistic output. Taste is probably the sense that I’ve explored the least so there’s a lot to mine there.

TKM: How have your tastes changed over the years? What are you trying to stay away from or gravitate towards right now?

OME: In most senses I’ve become more exploratory albeit very slowly. I have comfort food, comfort songs, comfort colors, etc. But in the last few years I’ve made more of an attempt to open myself to new experiences across the board.

TKM: How does touring affect your food intake?

OME: It suffers for sure. I stay away from the fastest of fast food in general but it’s difficult to sit down for many slow-cooked and care-prepared meals while traveling from state to state.

TKM: Can you speak on food culture in America vs. what you’ve experienced in other countries?

OME: I’ve only been to Japan and Uganda thus far. What I noticed in Uganda is that there were a lot more options for street food than other places I’ve seen. In fact, most of my memories of Uganda are infused with the smell of meat cooking in the street. I don’t remember much about eating in Japan. I don’t think that I was very adventurous then.

OME: Probably one of those top chef folks…I just couldn’t imagine what kind of flavors are engineered at that level. I’d like to make a meal for my grandfather.

OME: I would say that it takes many people and many options and flavors present.

TKM: True or false: you are what you eat…

TKM: Why do you think so many of the most amazing MC’s have, at one time or another, been in the education field?

OME: I think our educational institutions are always searching for young males. Sometimes it’s for quotas and sometimes it’s to provide a sense of balance. I think that the field of education is a readily available option for learned young men that haven’t figured out exactly what it is that they would want to do. I’m sure that our relationship with words and communication makes us (as emcees) very adequate educators.

TKM: Can you talk about raising a child and balancing that with being an MC?

OME: I’m not sure if it’s much more difficult than with any other job. Everyone’s vocation leads to them having to spend some time away from family whether it’s for a few hours a day or in my case spending weeks on the road and then months at home. The goodbyes are tough but I don’t think there’s much difference other than that.

TKM: One thing I really like about your music is that you’re very critical and in direct or even indirect ways you point out a lot of society’s flaws and problems. I get the feeling like you’re telling us what needs to change. What’s your hope for the future?

OME: That as a society we all become more flexible, better critical thinkers, and more health conscious. I’m starting with trying to do those things myself.

Originality is probably one of the most important attributes I look for in musical artistry. Too often I come across music or artists that readily lend themselves in likeness to other similar artists or works. Not the case with Open Mike Eagle. This dude is an acetate in an industry full of repressings. He’s original, uncompromising and as take-me-as-I-am as they come. You’d be doing yourself a favor by checking out his dot net and familiarizing yourself with his past projects.

How’s this for originality and creativity. A CD holder fashioned to resemble a floppy disc. Looks legit. 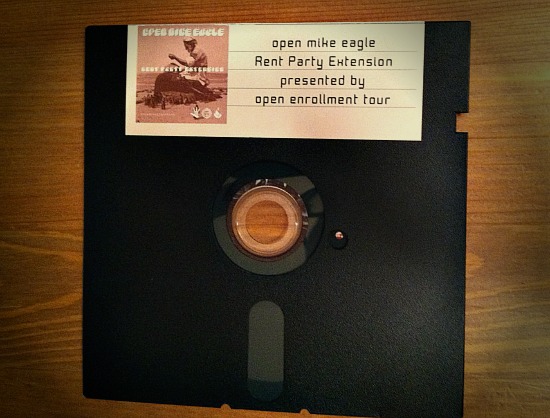 I’ll leave you with this last video which features Mike doing his art rap thing…at a laundromat. Be on the lookout for an Open Mike Eagle flying through a city near you. I think this dude’s just begun to spread his wings… 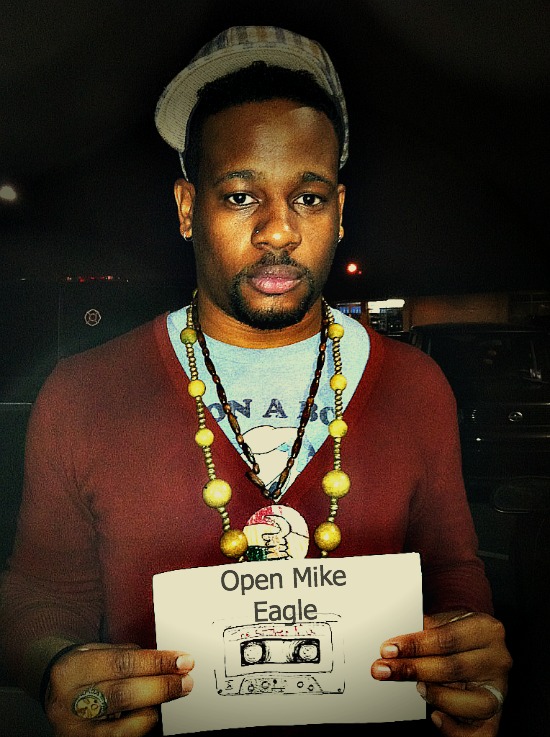 “Burning candles, all my other plans got cancelled Man I smashed it like a Idaho potato” – Mos Def…