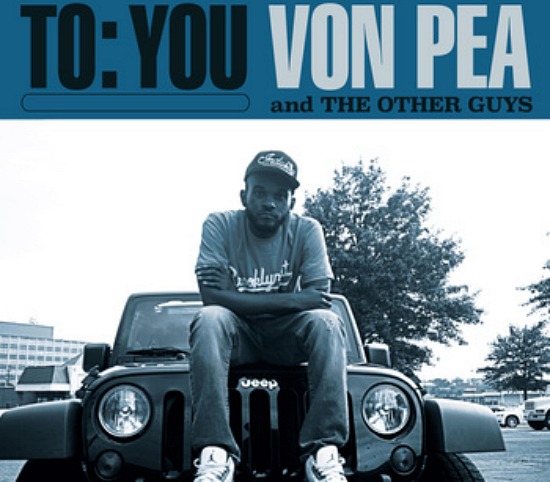 The problem with looking forward to something is that the space in between the inception of the idea and the event manifested is never-ending. You probably last experienced this as a child in the time leading up to events like birthdays, Christmas, and school vacations. Here’s the current example and situational wait space that I’m facing right now – last month the interwebs were abuzz with the news that Pharoahe Monch, Talib Kweli and 9th Wonder are set to join forces as Indie 500 (a sorta Native Tongues for the post-millennial generation). Will this ever become something more than the greatest idea since witty raps? I don’t know, but the wait is like the most drawn out bandaid removal. I hope it happens…and soon.

Well, aside from that, there have been a few other projects that have been on my musical radar. Not long ago, we chopped it up with The Other Guys, an incredible duo out of the DMV area. Their production is super clean and criminally overlooked. They had let me know that there was a collaborative project on the way with Von Pea (of Tanya Morgan). Now, if you’ve been paying attention, you already know that I think that is one special group that more people should be listening to. And you’re gonna have Pea – the MJ to the rest of the group’s Scottie Pippen (in my eyes anyway) – let loose some lyrics over some Other Guys production? Yeah, I was looking forward to that one.

The project dropped a few weeks back (I’ve been meaning to have this review up since the day it was released but this holiday season is wrecking havoc on my schedule) and did not in any way, shape or form, disappoint me. It fact, it slid in as a last minute addition to my albums of the year list (just like that new Ghostface!).

Let me just tell you that if you’re not familiar with what The Other Guys can do with a few samples and an MPC, you’ll be doing your research after this. It’s that feel good, wholesome Hip Hop that I love to love. You get your first taste with what this 10 track meal is all about on the opener aptly titled “Introduction.”

The second track was the first track I fell in love with after my first listening session. Soulful and fresh. It’s the type of track made specifically to accentuate the style and delivery of Mr. Von Pea.

There are moments on the album when The Other Guys are given time to get their own shine. On “Time of Your Life,” “Yesterday” and “Night Air” we get a good showing of the level of music making mastery that these guys have reached. It’s the type of music I like to have on when friends are over and what I listen to with my kids. For more like this though, please refer to their back catalogue that’s filled with similar instrumental tracks.

The strongest cut on the project would probably be the Substantial-assisted “Easy To Fall.” This one really sets the precedent for what Hip Hop should sound like in 2014. Pure unadulterated freshness. It’s the kinda cut that’ll make it onto mixtapes for friends, guaranteed.

Aside from Substantial’s cameo, we do get a few more guests on the album. “Connect Four” is a Lessondary posse cut. Everyone involved adds a special spice to this serving, but overall it’s a mediocre cut on a quality project. Not skippable but nothing to write home about.

The last track features Kooley High and there’s no problem there. It’s a very laid back track and the perfect way to round out a solid offering from some very talented artists. It’s got a ’95 feel to it. Kinda reminds me of something that would have been on The Pharcyde’s second album – structurally and musically.

Overall, Von did his thing. The Other Guys came with it. All in all, top quality stuff for the 1-4. Here’s the breakdown:

You can cop it HERE and make sure to check out other releases by Von Pea, The Other Guys, and anything on Hipnott Records. I’m sure there are projects that you have on your radar, but until those drop…here’s something FRESH to take you into the new year.