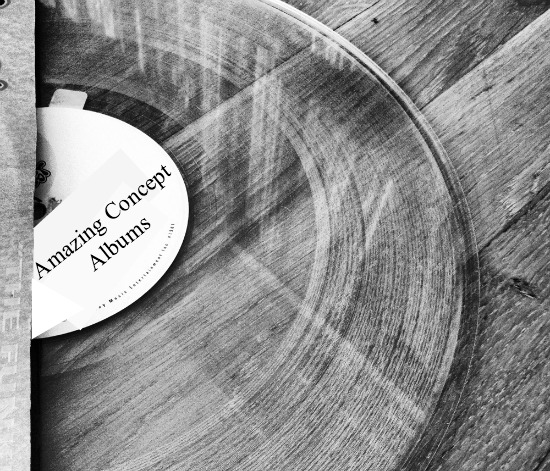 I love characters, but it’s only within the last oh, say five years, that I’ve gotten into reading fiction.  Rather, selecting fiction over fact-filled reads.  Prior to that, book selections were hands down nonfiction. There’s so much amazing real stuff going on in and out of the world that I didn’t deem it necessary to read fictional stories. But I’ve always liked stories. Hearing them, telling them, watching them, repeating them…

Songs can be stories.  I remember driving through Texas as a young wide-eyed kid with my pops listening to AM radio when on came Johnny Cash’s “A Boy Named Sue.” My dad turned it up and made me listen.  At this point in my life I was only interested in hearing what I referred to at the time as “rap” music.  So when he turned it up, I’m thinking “what is this honky music?” but then I started listening to the words; the story of this guy who’s dad had named him Sue.  I can dig it, pops.  We kept on with the AM radio for the duration of the drive and heard stories like Cats in the Cradle (which, by the way, has a Hip Hop version), a classic by Charlie Daniel’s Band and a host of other folk/story songs. Ok, I’m listening now.

I remember thinking about how there were several Hip Hop songs that I had in my Walkman that told stories but I wanted more.  I wanted an album that told stories.  “There has to be a Hip Hop album out there, straight beats and rhymes, that tells a story.”

Well, since then many such albums have come out. Some have been dope while others…meh.  Let’s look at some of the DOPE ones.  The following is by no means a best of, instead, it’s a collection of records that are successful at using everything between the first and last tracks to tell a story.  Let’s call them “Concept Albums.”  Yeah, I get that by definition a concept album can be completely instrumental or needs nothing else than to have a central theme but in this case my concept albums are lyrical in nature where each song adds to the tale. Each of the following has an antagonist and a protagonist. Check it…

1. First Serve.  2/3 of De La Soul getting into character to create a story over some solid production? Sold.  Look, De La has been doing this getting-into-character thing to tell stories for over 20 years.  So, you know this is gonna be some crème de la crème shit right here.  The following clip is a just-before-we-made-it run down by characters’ Jacob “Pop Life” Barrow and Deen Whitter as played by Plugs One and Two. And speaking of characters, I think you’ll enjoy Ms. Whitter, played by Plug Two, Trugoy the Dove.

These dudes went all out for this project.  They even conducted several shows and interviews in character.  Classic.

I’m not gonna get into the whole storyline (you just need to cop this and check it out for yourself) but you get an idea of what’s going down from the following video.

2. Deltron 3030. I used to play this album into the ground when it first came out. Loved it. Still do. I mean, you can’t go wrong with Del holding down most of the mic duties, Dan the Automator behind the boards and Kid Koala on the cuts. It’s funky and futuristic. C’mon, son.

And apparently, we can look forward to a follow up album later this year.

This album by Tanya Morgan, was originally meant to represent where the group members hailed from (Brooklyn and Cincinnati). Thus the name, Brooklynati.  But what it turned into was so much more. They went all out with this.  In the process of recording they created an entire fictional city where the members of the group reside and do their Hip Hop thing. It’s really quite creative.  The supporting cast is what really makes for an interesting listen. for example, DJ Jurx, who’s about to lose his record store.  Buy local ya’ll.

It’s great, even comical at times (Hardcore Gentlemen). Put it on, hear it in its entirety, and follow the map to your favorite spots along the way.

4.undun. This album is beautiful.

From ?uestlove:
“undun is the story of this kid who becomes criminal, but he wasn’t born criminal. He’s not the nouveau exotic primitive bug-eyed gunrunner like Tupac’s character Bishop in “Juice”… he’s actually thoughtful and is neither victim nor hero. Just some kid who begins to order his world in a way that makes the most sense to him at a given moment… At the end of the day… isn’t that what we all do?”
Yeah, that pretty much sums it up. The album even ends with one of those fade-to-black instrumentals that you’d expect from an Oscar-driven drama on the silver screen.

5. A Prince Among Thieves

First of all, it’s an all-star cast. Can’t be beat. Secondly, Prince Paul is behind the boards on this – you know, the king of Hip Hop skits. He’s been bringing the characters and story lines into the genre since 3 Feet High and Rising. And last, but not least, (one of the greatest and most slept on MC’s, easily in my top ten)… Breezly Brewin. Breezly Brewin is probably best known for being 1/2 (or 1/3, depending on what album) of the Juggaknots. This track is a lifelong favorite for many a hip hop head. Yeah, and this is the main character on the album? That’s what you’re getting with Prince Among Thieves.

6. Language Arts Vol. 1-3. This is storytelling at its best. Hitting you with the complete audio-visual-gaming experience. Three albums to weave the tale of a teacher turned super hero. In case you missed it, I reviewed the final album in the trilogy before it was released. That one might be my favorite of the three but you gotta get the trio for the complete experience.

This has got to be a first. There are many movie trilogies (that often start to lose momentum by the third) but a three-part Hip Hop concept album? Right away points for originality. And Ran delivers the goods on all three. That’s my word!

Hope you found something that you wanna add to your collection or reminded you of something you hadn’t heard in a while. Stay posted cuz we’ll be posting. Peace.