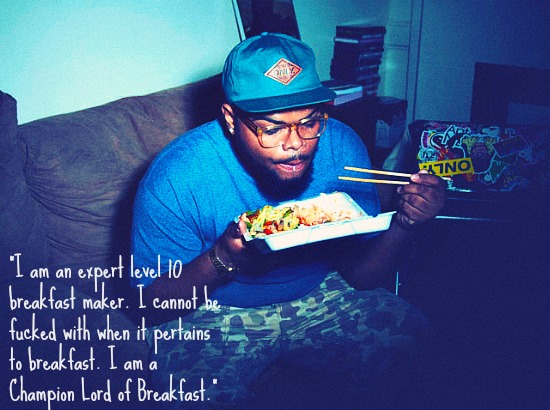 Names matter. I remember an interview with The RZA where he was talking about Ol Dirty Bastard and how intelligent and wise he was. He said that when Dirty took on the ODB persona he really got into that role and that was a big part of what ultimately killed him. It’s like a manifestation. I notice it with our youngest son. His first and middle names are derived from, or refer to, rulers, kings, and an overall sense of leadership. And yo, his peronality shows it. Little man thinks that he’s the boss – you’re not telling him otherwise. What you’re called has an influence on who you are.

So, when you have an MC whose handle is also a descriptor of the items I like to keep on my grocery list, it’s gonna come out in the music somehow. I always liked the term “fresh.” It was popular when I was in elementary school (Fresh Prince, Fresh Records, Doug E. Fresh, etc.) and despite some disapproval from friends over the years, I never quit using it. If you have a fresh style and you’re bringing it on the daily, it only seems right that you call yourself Fresh Daily. And that’s what this dude did and does – keeping Hip Hop fresh…daily.

We caught up with the The Brooklyn Good Guy and talked about music, food culture and his version of a Notorious B.I.G. feast. Apparently, there’s something else he does that’s on par with his mic skills – breakfast. So, throw on your favorite album from “the New Jack of Brooklyn boom bap” and follow along for his recipe.

FD: Gotta be healthy in order to be at both peak creation and performance. And your diet plays an integral part in that.

TKM: Do you get down in the kitchen? How would you rate your cooking skills?

FD: On a scale of 1-10 and ten being amazing, I’m probably a 4.5 or 5. I’m just lazy, man. The best dishes take watching and time, exact measurements, temperatures and times. I’m not the most patient guy, especially when hungry, so that’s where I fail. I am an expert level 10 breakfast maker. I cannot be fucked with when it pertains to breakfast. I am a Champion Lord of Breakfast.

FD: I gravitate towards crispy, salty and savory meats and starches. A lot of which can be found in Cuban food (my favorite). I try to avoid modified/processed food products, dairy, sugars and carbs.

TKM: What are the biggest differences you’ve noticed between food culture here in the U.S. and food culture in other countries you’ve visited?

FD: In Europe, a lot of food isn’t as processed and there’s a simpler approach to good food and hearty fare.

FD: Myself. I love cooking meals for myself. Cleaning afterwards, not so much.

1- THICK SLICED Hardwood Bacon
Brown sugar, black pepper, molasses
Lay the strips of bacon in a flat oven sheet (4-6 strips)
Sprinkle a pinch of brown sugar on them
Crack some fresh black pepper on them out the pepper grinder
Drizzle the thinnest lil bit of molasses across the bacon
Throw that in the oven at 380 for 10-12 min or until crispy and your house smells amazing.

I use the Chef Gordon Ramsay method of making the perfect scrambled egg minus the creme fraiche. Oh, but with a twist! As Chef says, don’t mix/season the eggs beforehand. Low heat the butter and as the butter melts, toss in Parmesan/Roman. Stir that in quickly before the butter browns- THEN turn the heat high and toss the eggs in the pan,follow his directions

FD: I dunno man, I’m old. I just do whatever the hell I wanna & if I like it, it sticks. I listen to more beat tapes than actual rapping. I do have that last Drake album on heavy repeat though.

TKM: What would you add/omit/or change from the following feast:

FD: Omit the cheese and add onions with that steak, bruh.

TKM: What projects do you have on the horizon that we can look forward to?

TKM: What other artistic talents do you possess and how do plan on utilizing them as you continue your journey?

FD: I’ve got a great eye for style and fashion from a very NYC/Brooklyn Perspective so when I launch my men’s streetwear/accessories line, it’s gonna be great to see people’s response.

FD: My album “The Brooklyn Good Guy” is out on limited edition vinyl as a German import on exclusive white vinyl but you can also cop the digital version on Bandcamp.

Please understand that this dude has been making music that you absolutely shouldn’t be sleeping on. My favorite project he released was The Gorgeous Killer in Crimes of Passion. It’s a nice introduction to his styles and subject matter. But don’t overlook any of his other projects. Oh, you’re not familiar? Start with his Bandcamp page and then move on to what he’s created with the 2 Hungry Bros. and the rest of the AOK Collective. Be sure to follow Fresh on Twitter and Facebook to stay up on everything he’s doing creatively. Because you know he’s got something on deck that’s fresh…daily. 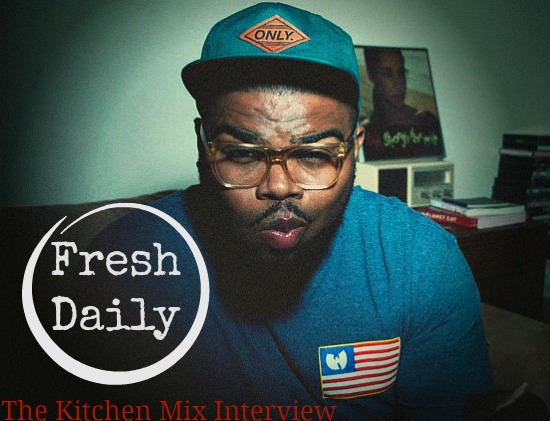 “For I am the first one, you know just what I speak of son You are a student of the…