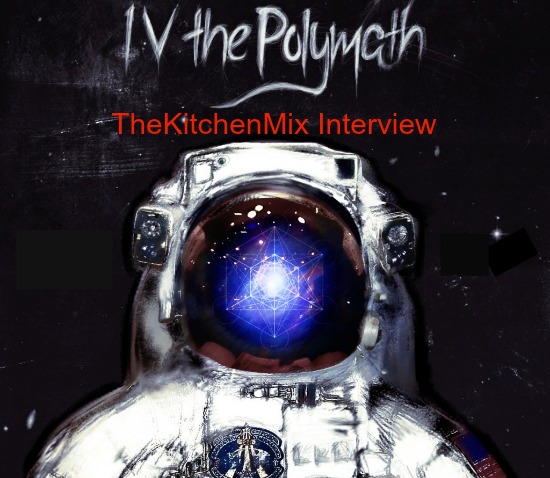 I get sent a good bit of music with people asking me to check it out and give them feedback. Unfortunately, not all of it is the quality that I’m accustomed to hearing out of the speakers around here. I often think about something that I read in (TKM favorite) Blueprint’s book Word is Blog – and yo, if you aren’t up on this dude, or if you only follow two blogs, make it this one and THIS ONE. Anyway, in one of his posts, Blueprint talks about how he’s gonna start using the words endorse and cosign when he comes across things he likes.

Well, I wholeheartedly endorse that and genuinely cosign today’s featured artist. IV the Polymath is an incredible talent musically and just happens to be a certified plant-based nutritionist. That’s a winning combo around here.

We talked to the multi-instrumentalist and owner/operator of Polymath Records. My dude puts in work and is all about quality – whether it’s what he’s putting in his body or what he’s feeding your ears. Get to know this beat making, juicing and knowledge sharing artist…

TKM: Introduce us to IV the Polymath – the name, the music, the mission…

IV: Peace and thanks for the interview. I’m a multi-instrumentalist & producer living in Muncie, Indiana and I’ve been making music for over 20 years now. I got really serious about production in 2008 and have released 6 solo instrumental albums since then. The name has many meanings: I’m the 4th so that’s how I chose IV, only I say “Eye Vee.” Polymath means “a person of wide-ranging knowledge or learning” which applies to not only a versatility within music, but in life as well (nutrition, psychology, writing, basketball, etc.). The mission is to simply make the world a brighter place through food and music.

TKM: That’s what I’m talking about. How would you say that food relates to the creation of your music?

IV: Food is a huge part of what I do. Obviously it’s nourishment and fuel so I feel at my creative peak when those two things are taken care of. Living a raw vegan lifestyle I find that there is a unique energy that can be channeled when eating massive amounts of fruit. It’s almost like an unparalleled electrical current since you’re a) getting in tons of clean carbohydrates (sugar) for the cells to run on, but also because b) you’ve removed the heavy & (dead) animal “foods” that can obstruct the process an lessen your creative flow as the body is forced to use vital energy to digest something that it’s not meant to take in. Basically I use fruit in the same way some other artists use coffee, tea, energy drinks, drugs and other stimulants, but without any side effects or burnout. Obviously this is huge when you’re in the studio for hours on end, riding the wave of inspiration.

IV: Well, I got into veganism a few years ago and eventually progressed into living a raw vegan lifestyle as a way to minimize animal suffering, environmental destruction, and to heal my body from several failed basketball surgeries. So far the results have been insane! I eat fresh fruit all day long & then some greens at night – usually anywhere from 10-20 lbs. of food total per day. It’s more than a diet as other elements are essential to well-being and success such as adequate sleep, sunshine, emotional poise, meditation or awareness, etc. Sleep is still my achilles heel so I’d like to continue to improve in that area as it’s easy to get caught up in a beat session that lasts until the sun comes up, which is great for art, but not for health.

TKM: In this digital age, why tapes?

IV: Because you can’t hold an mp3 in your hand. Digital music is great and I love the convenience of it, but it’s not a tangible product. EVERYBODY and their dog has a Bandcamp and/or a Soundcloud page & anybody can get their music on iTunes. Cassettes are a way to separate yourself & show that you’re taking this seriously. Another reason to continue to do tapes is that I’ve found a really great situation with digdugDIY. They are super dope & I’m really grateful to be able to work with them.

TKM: Can you briefly talk about what you’re studying and how you plan to apply it?

IV: Absolutely. I finished my masters degree in psychology a couple of years ago, but my passion lies in music & food so I enrolled in the Plant-Based Nutrition certification program at Cornell University afterwards. I learned so much about nutrition and how it relates to lifestyle diseases such as cancer, heart disease and diabetes. We studied a “holistic” expansive view of nutrition which looks at whole plant foods as being greater than the sum of their parts. We also learned about how the lifestyle diseases referenced above are completely preventable and in most cases reversible via lifestyle changes (diet being the big one).

This is when the light bulb went off and I realized we really are in control of our own health. No doctor can save us from these diseases – he/she can only hope to medicate or operate on us in order to control the symptoms. Lifestyle changes allow the body to heal itself from the actual cause of disease. I highly recommend everybody go watch “Forks Over Knives” if they haven’t already.

My goal is to use this information as well as my own healing experiences in order to help other people achieve the level of health that they want. I’m working on a website and recipe book right now to set it off and I am also currently taking clients for health & lifestyle coaching by donation via Skype, phone, and/or in person (email ivthepolymath@gmail.com if interested).

TKM: Was there something specific that brought you to the vegan lifestyle?

IV: Well, like I said, I initially saw it as a way to heal my body. The China Study by Dr. T. Colin Campbell was instrumental in this and I went vegan literally overnight after reading the first chapter of the book. “Slaughterhouse” by Gail Eisnitz turned me into an ethical vegan as well very shortly after. I didn’t feel I had any choice after learning this information.

6 frozen RIPE bananas (make sure they are spotted before freezing!)
12 medjool dates
1-2 tbsp of carob powder (adjust to taste)
Just enough water to help it blend (the less the better)

Preparation: Combine all ingredients in a high- speed blender starting with the dates & ending with the frozen bananas. Blend on high until creamy & enjoy! This will make a meal for one person or a light snack for 2-4 people. 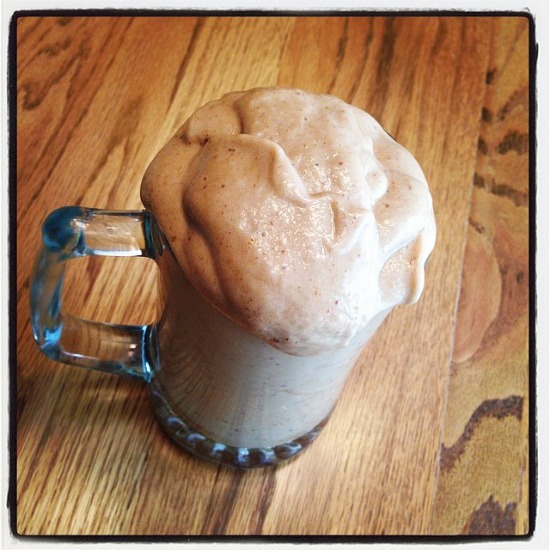 TKM: What are you drawing from when creating your music?

IV: I usually feed off the vibe of the day or a specific situation. My best work is usually done during the most challenging times of life when I feel like everything else is being blocked and I’m almost forced to sit down and create. I find it valuable to capture the raw emotion as it’s happening and document it in the form of a beat – like a musical journal. I never say “I’m gonna make music at this time on this day.” It’s just whenever the inspiration strikes. Sometimes that means I don’t turn on the equipment for months and sometimes it’s 10+ hours a day for weeks on end. I just ride the wave.

The other thing that inspires me is hearing the work of my peers. Sometimes I will hear something that blows me away and immediately I feel like everything I’ve ever created is worthless. I live for that feeling. I just recorded an entire album in 2 weeks while barely sleeping last month because I heard a beat that just made me feel like what I was doing isn’t good enough.

TKM: What projects can we look forward to and what are the next steps for you?

IV: Well we just dropped the new “i.deals” album on cassette in April, which is myself on the beats and scratches and my main man, Jondis on the rhymes. Then I’ve got a full-length instrumental album called “When & Where” that should see the light of day in another couple of months. Really hyped on that one. Two other instrumental projects are finished and will be released later this year as well. Some free singles and instrumental mixes will also drop at random to celebrate different events and thank everybody for rocking with me.

The next steps for me are to continue to create & release music for those who enjoy and support it. Also, the health and lifestyle coaching start-up is super exciting as a way to share knowledge and help others. I’m just going to focus on these two things and watch them grow. The ultimate goal is to be able to make a living doing what I love in a way that makes the world a better place. Thanks to everybody who supports me. Peace!

I’m pretty sure I own everything he’s put out on hard copy – mostly all on cassette. You can catch up on his catalogue by directing your attention to ivthepolymath.com. Stream any project and you’ll end up endorsing him yourself. And make sure to make a purchase or two, I highly recommend and cosign that maneuver. Also, he’s all over social media (@ivthepolymath) but I’d encourage following him on Instagram. You’ll be able to get an almost-daily look at some tasty treats (maybe even a recipe) as well as some musical clips of beats he’s working on.