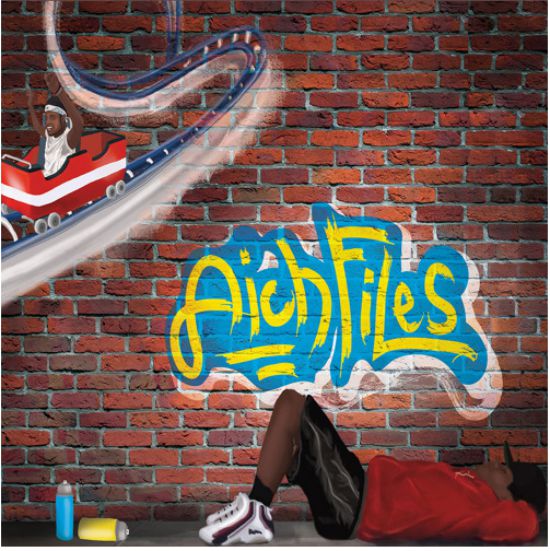 I’m all over the net
Google me, I’m soon to be
over your TV, over the XM
and I’m the X-men
as they Marvel over stories I’ve recorded
-Joey Aich from “Greyhound”

A few years ago Craig G released a project entitled Ramblings Of An Angry Old Man. The cover art has him throwing his fist up at some young punks in skinny jeans and Jolly Rancher colored get up. I can’t tell you how often I’ve felt like that. At heart I’m still very young but when you’ve been a consistent Hip Hop consumer for 27 years, you start to take that shit kinda serious. I tend to feel personally insulted by the way the culture has been represented by the youth as of late. I try not to pay it any mind, though. Yo, I’ve been a victim of the Cross Colours and I was probably looking pretty ridiculous in my 2-sizes-too-big gear back in middle and high school. So, I get the passes that we our our young people. But sagging skinny jeans…

There are some beacons of light within all the dark, smoke and fog, though. Joey Bada$$ is doing right by the culture. Cazal Organism is impressing me on the production end (but don’t sleep on his mic skills). And a few others that have done their homework and aren’t just trying to ride on the wave of the latest hashtag. Another one of these young folks that I’ve been paying attention to is Joey Aich.

This young cat has been sending me music for a bit now and it’s been a pleasure to witness his progression. Some of it’s been good and some of it’s been great. There have been moments where he had me listening to songs that I might’ve been listening to when I was his age. And there were moments where I was feeling his lyrics and delivery but realizing I wasn’t his age. This week he finally released his full length project AichFiles via Soundcloud. You can stream and download it for free but before you do, let me speak on it for a bit…

Let me first say that dude can rap. He’s got the voice (reminiscent of some early Pharcyde), chops and delivery. Yeah, I want to hear an MC who can flip shit and have me rewinding, doing double takes, but first and foremost you gotta be able to ride a beat. He can.

He’s at his best when he’s rocking over that boom bap, almost born at the wrong time. Check him out on Douglas produced by Bloodwarz. A headnodder with that early 90’s feel. If the whole project was like this, it’d easily be in my top 5 for the year.

There are definitely nods to his predecessors and the cultural climate of their time. On the opening cut (which curiously gets started with the sounds of dial-up internet that took me back) he says, “Got juiced as the Bishop.” It’s little nuggets like that (and “had to rock the bully like Caruso) that show me he’s a student of the game and paid attention to what I was paying attention to so many years ago.

There are a few blemishes on the project though. The omission of tracks like Menison (produced by NewDerseyBeats), The Golden Debacle and Goldfish (produced by Spvced) could have made this project so much stronger. Sometimes less is more and EP’s can trump LP’s. Though to be clear, it’s the production that I’m not feeling – remember, angry old man. I might’ve been all over these beats when I was 20 but at this point it’s not working out for me. His MC work is still strong on those tracks and there are impressive moments within, if you’re willing to ride with him through the production.

The highlight for me was his collaboration with sarob. (another young brother that I’ve been keeping an ear out for). Scarce (produced by Deli) is exactly what I wanted to hear in a collaboration from these young up-and-comers. A downtemp head nodder that would have fit in nicely circa ’95.

The final track (Acknowledgement) wraps up with a movie sample of some young kids talking. One says to the other, “I always knew he could do it.” Only to be responded with, “No you didn’t. You said he didn’t have a snowball’s chance in getting picked.” And the final retort, “Well, that was before I realized he had so much talent.” Don’t be the one changing your mind on this guy when big things start happening for him. He’s talented and it’s time you start to take notice.

Head over to his Soundcloud page to get this project and other loosies that he’s put out. You can also follow him on Twitter to keep up with his journey. It’s been a fun ride so far, can’t wait to see what dude has in store.