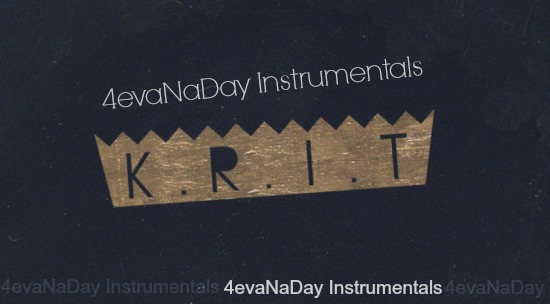 “In a class of my own, but I was scared to raise my arm
Like, this my dream, this my life, I sacrificed it all
Except my soul in the firm belief that there’s a God
Watching out, when all the others used to doubt
Felt my pain and pointed down and said “Son, your time is now”
I think my grandma pulled some strings on the low
But that’s between her and the lord I’ll never know” -Big KRIT

I had been hearing about him and that was the first track that I took the time to really listen to. He definitely breaks it down on that track. Goodness.

After that I was checking for his projects (past ones and newer stuff that he was grinding out). He dropped a few freebies with some serious gems. I started to really give him more of my attention once I learned that he was producing his own music as well. A dope writer and skillful behind the boards? Ok, ok.

Then he released this…

…and my second favorite track off that project…

Yeah, this kid is the real thing. And what really sets it off is the fact that he’s actually saying something. Man, I remember listening to the first UGK, Outkast and Goodie Mob albums and thinking how dope the South was comin’ with it. Next thing you know there’s this influx of Down South (or “Dirty South”) rap that was just flooding the game with garbage. I was turned off for a bit. But thanks to dudes like KRIT and a few others, I’m paying attention again. I guess I wasn’t the only one tired of hearing about the dope game – I mean if you’re gonna rap about that, at least do it in an interesting and unique way. Most of those kids weren’t. (UGK and Outkast continued to do their thing but at least they were trying out some new styles, keeping their distance from the norm)

Recently, KRIT let loose the instrumental version of his 4evaNaDay project. If you haven’t grabbed that yet, it costs exactly zero dollars and zero cents for the digital download so, you know.

When I saw this I was excited because I’d spent so much time listening to him behind the mic that I was kinda neglecting what he was bringing to the table as far as a producer. This was a chance for me to give some deserved attention strictly to the production. And – well, have a taste. Listen to the first track and see for yourself…

There’s some magic happening in this instrumental project. Some tracks really ask for the vocals but for the most part it could have been an exclusively instrumental album and most of us would have been totally satisfied. Most of the tracks definitely have that cool out vibe that I need for downtime around here. Scroll through the rest of the tracks below and if you like what you hear, you can grab that project for free along with other good stuff from the man HERE.

Make sure to follow Big K.R.I.T. on all of your favorite social media sites and check out his dot com for exclusives, blog action and a whole lot more. Now excuse me while I replay this project again from beginning to end.

You ever notice people in their cars while you’re sitting in traffic? The nose picker. The American Idol crooning…