WARNING: This drink is a pain in the ass to make.

WARNING #2: It’s so freaking good, you’re gonna want to go through the hassle over and over again.

I’m not exaggerating. This drink is bomb. The reason it’s a pain in the ass to make is because it requires freshly made almond milk, which has to be strained. If you’ve never done that, you’re in for a real treat. Fresh almond milk is super creamy, but be prepared to spend some time. The process is simple – just pour the mixture over several layers of cheesecloth and squeeze slowing to drain the milk. Don’t overfill the cheesecloth and make sure to dump the leftover almond grounds between batches. 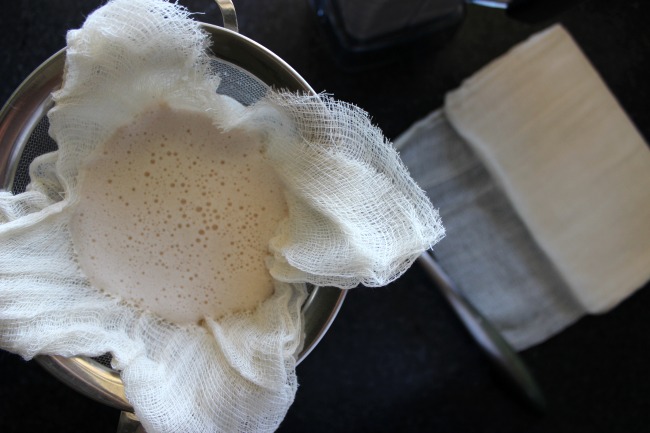 If you drink almond milk on the regular, you should know about the controversy surrounding carageenan. Carageenan is a thickening agent made from seaweed that’s used in lots of different things like ice cream, non-dairy milks, and cheeses. Some people claim to suffer from gastrointestinal issues from ingesting it. The fact that it’s made from seaweed makes it seem innocent enough, but it’s so far removed from it’s natural state that it deserves some questioning. While I can’t claim that it’s caused us any harm, any time I see something like this I do the best I can to stay away. You know we’re all about keeping it real up in here. There are very few brands that don’t include carageenan in their ingredients – you can find them listed here. Or you can just make your own. 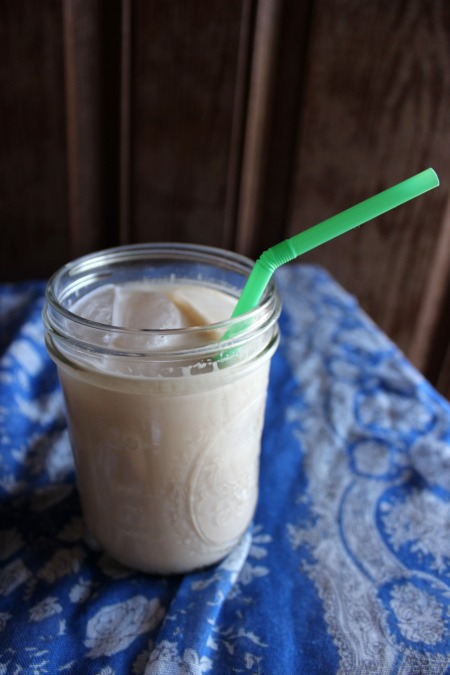 Making almond milk yourself requires a high speed blender. If you don’t have one, fear not – You can still make this drink by substituting almond butter and using a regular blender, immersion blender, or just whisking the heck out of it. 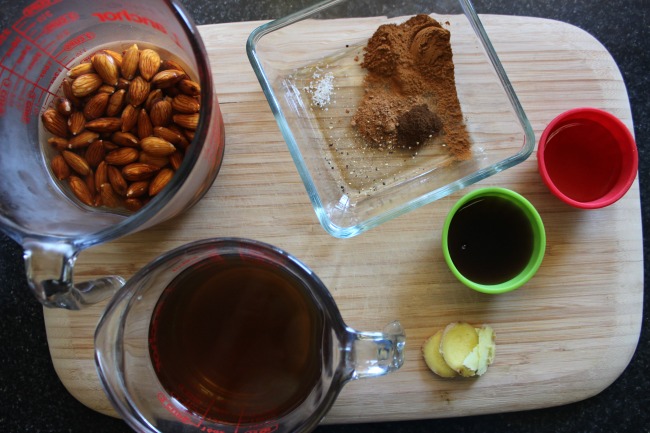 Steep the tea bags in hot boiled water for 5 minutes. Remove the tea bags, squeezing to extract as much liquid as possible. Let cool.

Strain through cheesecloth, squeezing to extract as much liquid as possible.