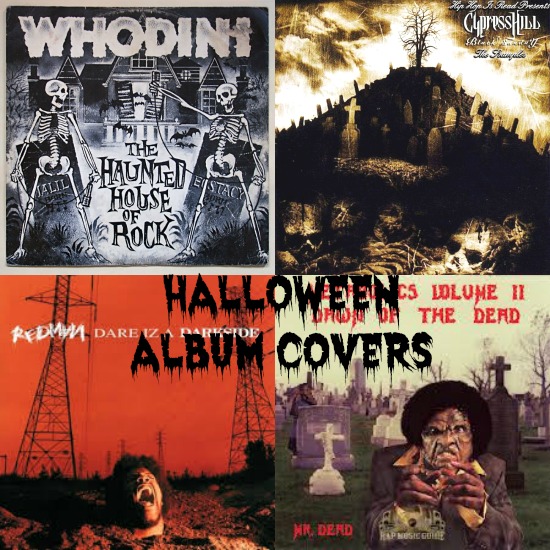 The other day I was driving my kids to the library listening to the Old School Hip Hop radio station. Two minutes into the ride, My Mind Playing Tricks on Me came on (hey, it was the radio version). When the song was over, my youngest asked me, “So, was that a Halloween song or what?” It got me thinking about Hip Hop Halloween songs, which there aren’t too many. However, there are quite a few Halloween-esque album covers. I thought I’d share a few with you today.

What says Halloween more than skulls and graveyards? It’s dark, a slight hint of macabre, a lone dead tree at the top of a hill – basically everything you don’t want to be left alone in the dark with. You could arguably include any of their projects after this one, as each has at least one skull on the cover. The graveyard really sets it off for me, though. 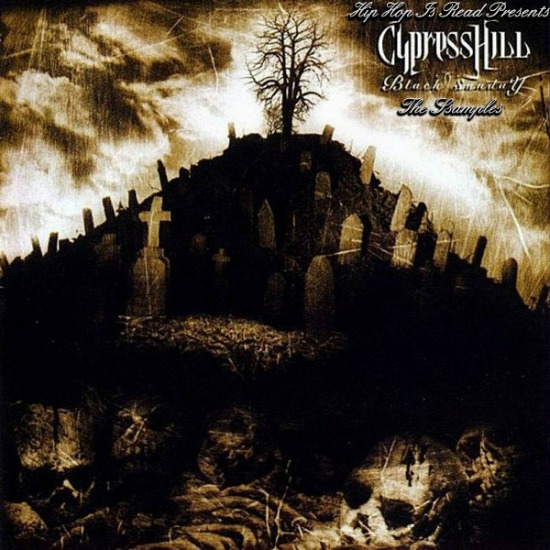 OK, honestly I only got this album because Prince Paul is on the production. Yes, Prince Paul, the genius behind De La Soul’s first two albums, 1/2 of Handsome Boy Modeling School, producer for the Gravediggaz (who probably could have done a better job of having a darker album cover), and DJ for the legendary Stetsasonic. This album cover art is as 80’s horror B-movie as you can get. It sounds like it looks. And actually, I’ve seen this dude perform live and he can rap his ass off…not to say that I’m recommending this album. 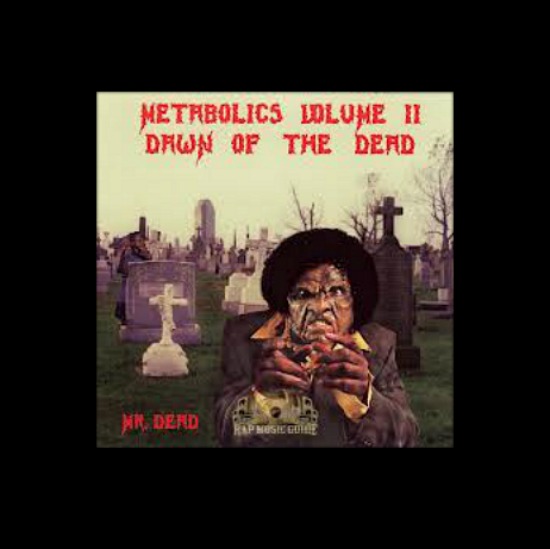 Really, this is the only Hip Hop Halloween track that I can think of. This one also sounds like it looks. This one’s OK to play around the kids. It’s fun and perfect for All Hallows Eve. 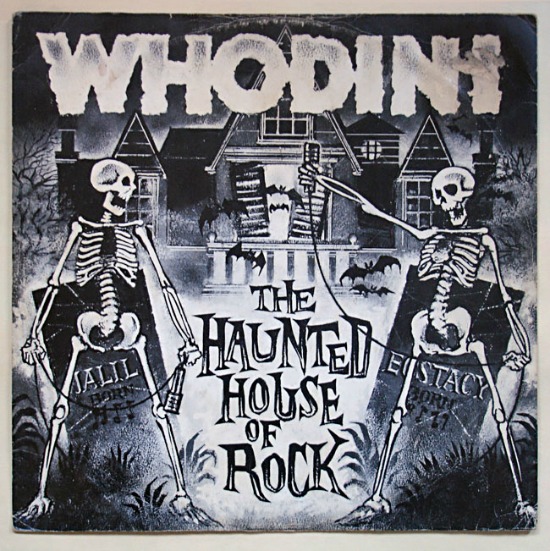 Red’s first 3 albums are probably my favorite out of everything he’s put out. This one says “Halloween” to me. I actually only have this on cassette, which comes in a nice deep red color. The cover, which shows Red buried up to his neck, screaming in a desolate location, is like something out of a Twilight Zone episode. This one makes the list because it kinda reminds me of a bad dream. 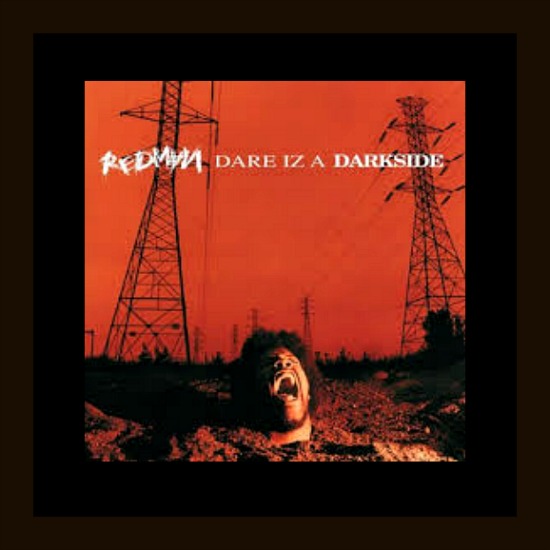 …and quite possibly the creepiest album cover in my house… 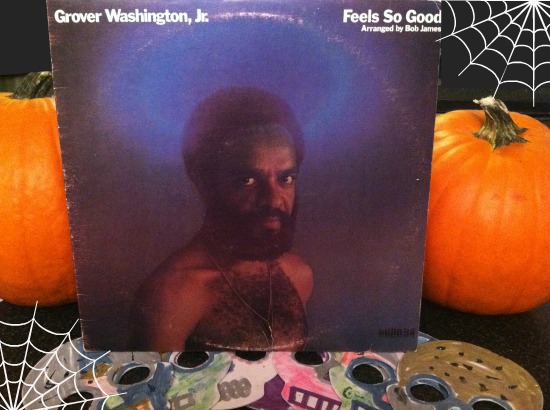 I’m only half joking about this one. Yeah, I know it isn’t even a Hip Hop album…although, it does contain a song that has been sampled by more Hip Hop artists than I can name. Does it seem creepy to you? Maybe it’s the look he’s giving. Or maybe it’s the ominous halo above his head. It might be the combination bare chest and creepy stare. In any case, this is quite possibly the scariest album cover in my collection.

I’m the type of person who likes to have a little bite of something sweet several times a day….