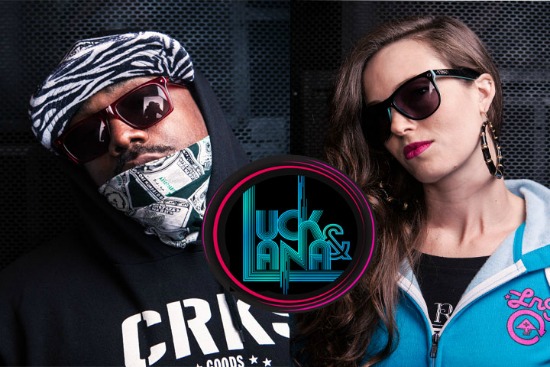 Back in 1998 I read a book by Nelson George called Hip Hop America (that I highly recommend). At the same time that I was reading that book I was introduced to a group called Mystik Journeymen. It’s kind of a funny story about how 4001: The Stolen Legacy came to be in my possession (but that’s for another day). I got this album and I was immediately drawn in by the raw, gritty, 4-track, do-it-youself style that the two MC’s were projecting. That CD became a staple of my musical rotation real quick. It was some of the realest Hip Hop that I had heard in a minute. These dudes rapping (BFAP, who would later be known to a larger part of the world as Sunspot Jonz and PSC, who would in 2013 be forming a group called Luck&Lana under the name Luckyiam) were a no holds barred, 4-track reppin’, loving the underground duo.

The Nelson George book referenced Hip Hop figures such as Puff Daddy, Missy Elliot and Master P. I remember thinking this Mystik Journeymen shit is real. You got Puff Daddy included in this book but nothing representing raw, talented underground Hip Hop? These guys probably won’t ever get written about. They’ll probably be lost in obscurity.

Little did I realize that these guys were just poised for something greater, something else. And today I’m the one writing about them (Well, one of them today. I already did my Sunspot write up).

So the other day when Lucky and Lana arrived at the house for dinner I caught myself thinking back to the first time I heard his raps coming out of my speakers. I read somewhere that you should write the book that you want to read. Well, when I do, I’ll probably add something in there about Mystik Journeymen. Those guys helped write the blueprint for DIY underground Hip Hop. Yes, at least a chapter.

Lana Shea, his latest partner in crime, is new for me. I first heard her on a YouTube track where she was doing a cover of a Lucky song. Then she collaborated with Lucky on his Time to Get Lucky album on the track Bang Bang. Now, the two have come together like a Hip Hop/Dub Step Bonnie and Clyde. She recently put out this solo track that caught my attention…

Anyway, we shared a meal with these two and talked a bit about food and, of course, music. Here’s some of that conversation:

“I would make Gandhi a peanut butter and jelly sandwich.” -Luck

TKM: How would each of you say that food relates to the creation of you music?

Lucky: Mood. I think being well-fed, not full, just sustained – the creative juices can flow, I won’t be feeling like I want to eat and I won’t feel too full. I have a weird relationship with food, I can’t do anything rap related until at least 3 hours after eating a meal. That’s just me tho.
Lana: I don’t notice too much of a relationship between food and creating music, I mean I guess not being hungry is good cause then you’re not distracted, and I guess when I’m eating healthier I function better in life in general, so maybe it has more of an effect than I’m aware of. I definitely am aware of food relating to performing, I’m really careful what I eat on performance days. No dairy.

TKM: Who has the better kitchen skills between the two of you?

Lucky: Umm.. this is an easy one. Lana is one of the best cooks that I’ve ever witnessed and I’m not tryna be biased here but there’s so many things she can do, and it’s health based & I was never a healthy eater until I came around Lana. She makes things that are good for you taste really delicious. Super salads to baked goods, anything in between. She’s one of those cooks that has her own recipes but then she can look online and do those recipes really good. I suck at cooking! I can’t make anything except eggs. I do make really good eggs tho!
Lana: Wow! He’s putting some extras on it. But, yeah, I can get down in the kitchen. And I’ve never seen Lucky make anything but eggs and PB & J. Oh yeah and he just reminded me he can grill vegetables. But yeah, I win that one. My mom is a really awesome healthy cook so I picked up a lot from her.

TKM: What kinds of foods do you tend to gravitate towards and what are you trying to stay away from?

Lucky: I gravitate towards things that are delicious, and I wanna stay away from things that will make me fat as hell. That’s what I try to stay away from. And I’m trying to stay away from dairy, that’s hard as fuck.. And low-quality meats, and processed foods with preservatives and MSG and GMO’s n shit. That’s all.
Lana: Yeah, I love veggies and I love fresh food. I try to go to Farmer’s Markets as much as possible, I would love to eat only local foods, but I haven’t quite got there yet, but I try. And I eat a lot of vegetarian meals, I’m not strictly vegetarian like I was for 7 years, but I try not to eat gross cruel meat. I definitely have to limit my coffee and sugar because I would overload on those if I didn’t keep myself in check.

TKM: Who is more adventurous when it comes to trying new foods?

Lucky: I’ll try things, but I’m a creature of habit. I go places and I pretty much am known for ordering the same thing. I’ll give her that, she tries new things more often than I do. I’ve had good experiences trying new things, but I’ve started finding things I really like and sticking with them because sometimes I don’t have the best luck trying new things. That’s part of my Lucky thing – best of luck, worst of luck.
Lana: I gotta give it to Luck tho, he’s tried some pretty crazy things I’ve cooked. But yeah, I’m all about trying new interesting things. I like to try ethnic foods I’ve never tasted, Luck went to Japan like 6 times before he ever ate sushi so yeah, I win that one too.

Luck: When there are different courses, right? Different plates, like salad and appetizers, a super main course with lots of different sides and a bomb dessert, that’s a feast. And that’s the kinda thing you don’t do all the time, that’s for an occasion. And it’s good to have a feast with more than a couple of people. We don’t need to be having feasts all the time, it’s not medieval times.
Lana: Yeah, what he said.

Lucky: I would have fuckin Gordon Ramsey make me a meal. I would make Gandhi a peanut butter and jelly sandwich.
Lana: Um, I don’t know… the rat from Ratatouille. I don’t like to feel pressured in cooking so I wouldn’t want to cook for someone I idolize or anything. I’d be down to cook a meal for Hilary Clinton I guess, she seems pretty legit.

TKM: Share something food related that would surprise me about yourselves.

L&L: When we are on tour, we bring an ice chest and we go to local co-ops and markets and eat lettuce wraps with avocado and turkey and hummus and stuff like that. It saves money and you feel so much better when you get to eat healthy stuff.

TKM: What are the best cities for food? Any restaurant recommendations?

Luck: Chicago’s a good food city. New York got a couple spots too. I like Bozeman, Montana they have a great co-op. Vancouver, BC has bomb Indian food. Denver has some good food as well. Seattle is bomb too. LA has the best food in the world tho. No debate.
Lana: Bangkok. Any vendor on the street.

TKM: What are some staple foods/meals in your household? What are your comfort foods? Must-haves?

Luck: I must have CRUNCHY peanut butter. Crunchy Peanut butter. And Homemade jam from Oregon. I like Trader Joe’s Hummus. Oatmeal raisin cookies doot, fuggitaboutit.
Lana: Uhhm I love noodles – rice noodles especially. I gotta have veggies, at least spinach, and garlic, must have garlic for all meals. Comfort food is ice cream or chocolate.

TKM: Can you share a recipe with us that we can make and share with our readers?

Luck: Thats a question for Lana, I can’t. I could go copy something and paste it into this answer off the internet.
Lana: Ok uhm, my favorite breakfast: Sautee greens or veggies, like chard and spinach or bell peppers and zucchini or any combination, with garlic and onion. Place it in a bowl and put one or two poached eggs on top and a few slices of avocado. Eat with a piece of yummy toast. Delish.

TKM: What is it that you’re trying to create with the Luck and Lana project? What’s the aim, inspiration/motivation or vision behind this collaborative project?

L&L: Good party music that’s not stupid (Lucky quote from Killa Cali, a song off their upcoming album “We the proof fun music ain’t stupid”). We just wanted to make something awesome that people can dance to over some super bass-heavy beats with great lyrics. Some EDM minus weak raps.

TKM: Who are you listening to now? Who do you think is creating music that more people need to be hearing?

Lucky: “Kill The Computer.” Hint hint. There’s this girl called Fiona Apple, people should check her out, she makes some cool stuff. TDE. I listen to the new Mac Miller at the gym. Sssh. And this chick Lana Shea, she got a EP coming out called L. Shea R.A.P.S., y’all should peep it.
Lana: Haha, uhm, I like Ellie Goulding. And more people should listen to Led Zeppelin.

TKM: Is there anyone you would really like to work with musically?

TKM: Lucky, at one point there was talk of a Mystik Journeymen/Bored Stiff/Cuf project…any chance of that happening?

OK! Every one I know, be on the lookout for that Mystik Journeymen/Bored Stiff/Cuf project. I’ll keep you all posted as I get more info on it. In the meantime, Luck&Lana Kill the Computer will be available October 29th. While you wait for that date to roll around, make sure to fill in any gaps in your music collection with more Luckyiam or Mystik Journeymen projects. Also, Lana has some bandcamp stuff that you might wanna download as well.

There’s a Paulo Coehlo quote that I like – When something evolves, everything around that thing evolves as well. Lucky isn’t PSC anymore, he’s evolved. Lucky isn’t working on solo work right now, he’s evolved. On Oct. 29th we’ll get to check out the new evolution of Lucky and how music that he’s making and music that he’s listening to has contributed to his evolution.

“In a class of my own, but I was scared to raise my arm Like, this my dream, this…