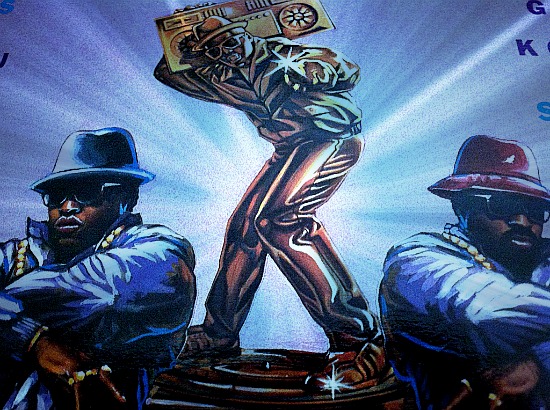 I was a fiend before I became a teen
I melted microphone instead of cones of ice cream
Music orientated so when hip-hop was originated
Fitted like pieces of puzzles, complicated – Rakim

I don’t recollect the first Hip Hop track I ever heard or what was on the first mix tape I ever made. But there are some very early and significant Hip Hop firsts that I can recall very clearly. I can remember the first time I heard LL (thank you teenage sister of third grade homie), memorizing the lyrics to my first rap tracks (Fresh Prince!), being scandalized by Slick Rick lyrics and knowing I wanted/need more (thanks Cub Scout homie), and most importantly my very first CD purchase. I had a few cassettes and my brother would let me listen to his He’s the DJ, I’m the Rapper vinyl, but my first CD – that was huge. When Compact Discs first came out our family got a player that we kept in the living room and everyone shared. At some point in 1988 my dad took us to the store and let my brothers and myself pick out one album. Keep in mind, we had to take turns listening to our selections so we were all somewhat affected by each other’s choices (I think my parents probably later regretted letting me choose an album). 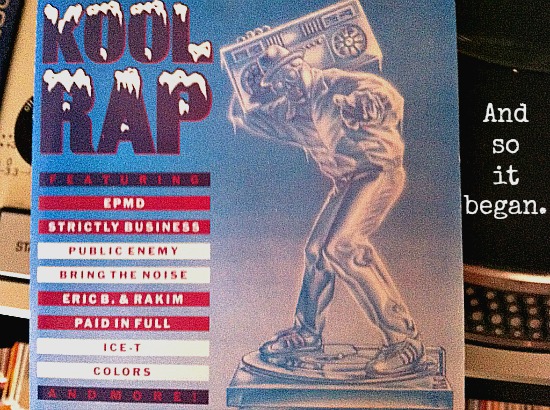 My first CD was a compilation put out on Priority Records called Kool Rap. I still have it and it’s in pristine condition because I treated this thing like fine china as a kid. All of the layers of packaging back then had handling information that I took very seriously (“Handle disc using the edges or the center hole”). The lineup for this particular compilation is incredible: EPMD, Ice-T, Public Enemy, N.W.A., World Class Wreckin’ Cru, Eazy-E, Heavy D & The Boyz, LL Cool J, Beastie Boys (this led to my second CD I ever bought, Licensed to Ill) and finally Eric B. & Rakim.

Can you imagine what a track like that did to a 9 year old kid? It was over after that. My family was not feeling this new music that I was getting into. Fresh Prince was one thing, but N.W.A.? Yeah, I looked forward to alone time with that CD player and my first two albums. I also won’t ever forget getting my first CD player with headphones and really turning my Hip Hop addiction up a notch.

I never could have imagined that 25 years later I’d still be listening to these same artists, much less have the opportunity to meet and converse with them. A few weeks ago we got a chance to check out the Kings of the Mic Tour that featured several artists that were on that compilation. As I watched Public Enemy take the stage I was thinking back to that feeling I got when it was my turn to play my CD on the family entertainment center. Wifey and I had seen LL perform about 16 or 17 years prior to this (our first Hip Hop show together, in fact) but when I put it into perspective it’s really quite impressive to have gotten to see him again after all these years and music formats later. 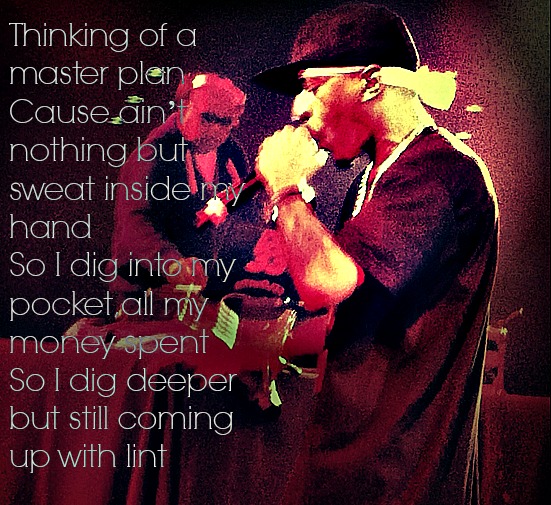 I have to say, though… Getting to meet and talk to Rakim earlier this year was quite an honor and a highlight on my personal journey. Rock the Bells 2008 was the first time I saw him perform for the first time. My expectations were met! However, this past winter when the R passed through our city, #132 on my bucket list was officially crossed off. The first lady of TheKitchenMix hooked him up some herbal energy bars and I presented them to him later that evening. Having recently caught a cold while on tour, he was extremely grateful for the treats. We chatted for a bit about food, energy and the properties of the ingredients in the energy bars. As we talked I couldn’t help feeling like man, do you know how much language, vocabulary and ideas I learned from listening to your music? I would hear things in his songs that I didn’t understand but learned because they were lyrics. Incredible. 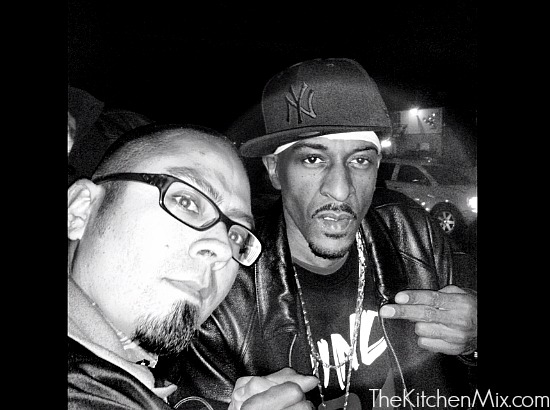 That first CD directly lead to purchases of albums by artists that were featured on that release. From there you could almost map out the route it took for me to get to just about any other album I purchased (ex. – Kool Rap comp to every EPMD album to Redman to Keith Murray to Canibus…). In essence, the artists on the Kool Rap compilation were the leaders in the path that my musical attention would take. They obviously paved the way for so many artists but for me personally it was a direct influence on the type of music that I would be listening to for the next 25 years and on. I’m glad I’ve held on to this CD after all these years. In fact, I recently came up on a 3 volume vinyl collection put out by Priority Records similar to that Kool Rap release. It even features the same frozen B-Boy on the cover and is a great starting point for any student of recorded Hip Hop history.

I think about a line from a Grouch song where he says, “I cannot lie and say I’ve rapped since ‘85
I didn’t battle in the parks when the art of b-boyin’ was alive.” My direct connection to Hip Hop was not full immersion into the culture at first but I’m glad that I came up and into it during the golden era. I’m glad my first introduction was by leaders of the pack like Jazzy Jeff, Eric Sermon and Parrish Smith, LL Cool J, PE, Rick the Ruler and especially Rakim Allah. Classic.

I’m just an addict addicted to music
Maybe it’s a habit, I gotta use it
Even if it’s jazz or the Quiet storm
I hook a beat up convert it in a hip-hop form -Rakim

You know how those bougie, steal-your-borough-and-inject-their-hipsterdom-into-it folks are about their wine? Or coffee, or whatever? That’s kinda how I…