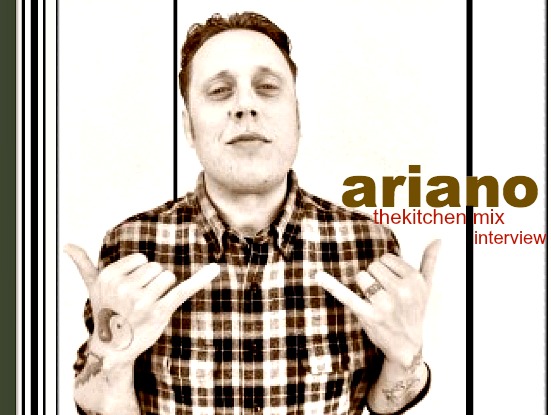 “I think the biggest problem with food and music is the fast food type of mentality.”

It’s too easy, even cowardly, to stick to the same routines and not make the effort to try new things. I was spending a lot of time this past week with Outkast’s first album, kinda celebrating what was the 20th anniversary of that release. That album had a huge impact on the high school version of myself. Anyway, I started to think about how successful they’ve become since then and how incredibly different everything they’ve put out since that album sounds in comparison. They could have easily continued to put out records where they just stuck to the original game plan – “pimpin hoes and slammin Cadillac doors.” Instead, each project thereafter was a reinvention, a bold step in a new direction. With art, that’s a difficult thing to do. It’s safe to stick to what you know and never switch it up. Trying new things is risky. But is there any real satisfaction in conforming to a set trend and routine in your craft? I don’t think so.

One of our food and music conversations made it’s way to an artist who is absolutely not a one lane kinda guy. You talk about stepping outside of yourself, this guy has switched up his style from MCing, to singing, back to MCing, back and forth all over projects by a multitude of Hip Hop greats. He, of course, has his own solo work but what he’s contributed to records from Jurassic 5 and 2Mex to Mega Ran and Masta Ace is considerable. Here’s one of my favorite tracks that he’s added vocals to…

Make a point of going and checking out his catalogue of featured work. But before you do that, get to know the man behind the music. Here’s what Ariano had to say on the topics of food and music…

A: I think that eating healthy is key for having your body and mind feel good and clear when recording.

A: As far as music I like the songs to happen organically. Preferably in the same room with people and building off the vibe rather than sending music over the internet. As far as food, I’m trying to stay organic and pay attention to where the food comes from.

TKM: How have your tastes in food and music changed over the years? Any dietary changes or changes in what you’re listening to?

A: My taste in foods have absolutely changed. I have been a vegetarian for six years and it has opened my palate and mind to try new things. Musically, I have always been open with different styles and genres. I started off with hip-hop and I am now performing and recording more singing than ever.

TKM: Do you like to cook? How would you rate your skills in the kitchen?

A: I’m trying to cook more (laughs). Thank God for directions or I would be in trouble.

TKM: Is there a recipe that you could share with us?

A: I don’t really have any recipes as far as cooking but I love smoothies and shakes and my favorite smoothie is vanilla soy milk with peanut butter, bananas, strawberries and vanilla protein powder.

TKM: How does traveling/touring affect the lifestyle you’re trying to maintain?

A: Traveling and touring can be a challenge with staying on a good diet. I tend to spend more money to eat healthy on the road but it’s worth it.

TKM: What do you find most fulfilling about creating music?

A: I love the process of finding the song. Going into a recording session and not knowing what you want exactly but finding it out in the process. Creating something out of the unknown still keeps me excited for the process.

TKM: Talk about accomplishments that you’re most proud of…

A: At 38 years old I am proud to have longevity. I am proud to have worked with everyone from Snoop Dogg to Jurassic Five. I am thankful that anyone takes the time to listen and pay attention to what I create. I am truly thankful.

TKM: What do you think are the biggest problems we face in this country when it comes to food? Music?

TKM: What projects do have on the horizon that we can look forward to?

A: I am getting ready to release my new self produced EP “Sad Songs Make Me Happy” it showcases my production and singing and the direction I am going. I also recently launched my new website arianomusic.com – you can listen to my full musical catalog, watch every video I have done, and check out all my photography that I recently have a new passion for.

Seriously, I could share stuff that he’s done with so many different artists, tell you about the various albums and projects that he’s helped to create but the best bet is to point you toward his new website and allow you to familiarize yourself with everything he’s created. I guarantee you’ll find something on there that you will absolutely need to add to your music collection. Also, if you’re on Instagram, follow and enjoy his photography – he’s quite good. And in the meantime, see what you can do to step outside of the box in your craft. Be bold and try something new.

You know, as soon as you play somebody a song and put the beat on, their head starts nodding….