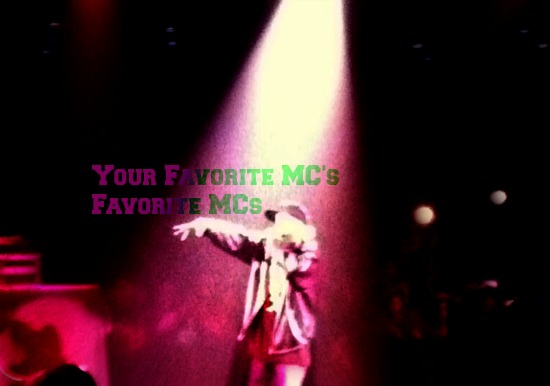 When I first started listening to Hip Hop it was easy to identify the favorite artists of my personal favorite artists. See, at that time most of the people I was listening to were responsible for producing their own albums or at least had a heavy hand in it. Take EPMD for example. You could tell they listened to a lot of Funkadelic, James Brown, Bob Marley, and Zapp. They produced their own music, they used samples from those albums, so I can pretty confidently assume that they enjoy listening to those artists.

Nowadays, many emcees aren’t responsible for the production of their records. Most gather together a group of the most talented producers and deejays that they can find and have them create the music that they will rap over. I recently read an article on how Nas had ruined Hip Hop in that way. See, his first album, Illmatic, was created by assembling the best producers in the game to create the scene for him to write to. Ended up a classic. Before that everyone had one producer that handled everything for an entire album. After that, everyone was just trying to assemble the best lineup of producers that they could get or afford. Anyway, my point is, now that there are so many hands involved in producing an album it’s hard to get an idea of who my favorite artists listen to and like…unless they identify them in their songs.

Well, in a recent interview with breal.tv, one of my favorite MC’s, I may have mentioned him before, disclosed some of his favorite artists that he enjoys. You can check out the interview with Homeboy Sandman below. He speaks on several subjects but at one point he starts to delve into his list of favorites. I’m familiar with most but there were two that stood out because I wasn’t giving them my full attention. Yet.

“I mess with cats that don’t know how to come off wack.” Hey, if that’s the standard that you’re basing your greatness on, I’m down. So, yeah I agree Black Thought and Mos Def are dope. Heard their catalogue and can attest to that. Cool. But hold up. He mentioned two particular MC’s that I’ve heard of but haven’t given a fair listen.

Let me get on that.

The first is an artist that goes by the name, I Am Many (apparently he formerly went by the name Many Styles). So I checked out quite a bit of what he’s laid down and I can absolutely see why he’s a Homeboy Sandman favorite. Dude has skills…many. He’s not just rapping just to rap. There’s content – quality content imbedded within his flow. Look, check out a track from his most recent offering, Disobey…

I like how he breaks down and proves that “It isn’t hard to get a human being to do things.” Breaking down conformity in our society. Nice. You can get that project and a few others by clicking HERE.

Here’s the thing though. I know this dude has styles upon styles and lyrics to go. However… I’ll put it to you the way my wife broke down her feelings about KRS-ONE to me. She said, “I can respect him, what he’s done, his mission and vision but I just don’t enjoy listening to him too much. But I RESPECT him.” I feel the same way about this dude. Mad respect, but it’s not really something I wanna hear on the daily. Don’t get me wrong, it’s good. It is. But just not my style. You should definitely check out the album S.I.N. Some hard beats and dope rhymes. Peep it out and let me know what you think.

The next MC I had to hip myself to was an artist that goes by the name of YC the Cynic. This kid got quite a bit of exposure a few years ago but for some reason kinda got shuffled into a different deck than the one I was using. Big thanks to Homeboy Sandman for putting this dude on my radar, though. Now his style I can respect and listen to often.

Yeah, I’m really feeling this one. A true lyricist right here. He’s actually got a style that sometimes reminds me of Homeboy Sandman. His lyrics are always on point and I mostly enjoy all of the beats he chooses to rock over. You can get his projects HERE. Also, there’s a free project that you can get HERE.

Here’s a stand-out track from the Good Morning, Midnight project…

Be on the lookout for his official LP debut dropping August 26th. He recently blessed us with some tracks from that upcoming effort. One is full of some of the best bars I’ve heard in a minute and the other is this…

Be sure to stay tuned. I’m gonna continue to be inspired by artists that inspire my favorite artists and then share those with you in the hopes that you’ll be inspired. Only the best for our readers. 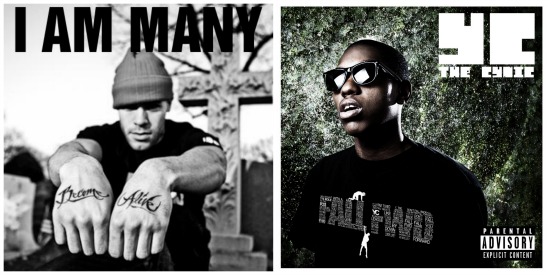 P.S. – Don’t forget to pick up Homeboy Sandman’s latest EP, All That I Hold Dear. You can pick that up HERE. My advice is to just cop the vinyl (it comes with the immediate digital download).