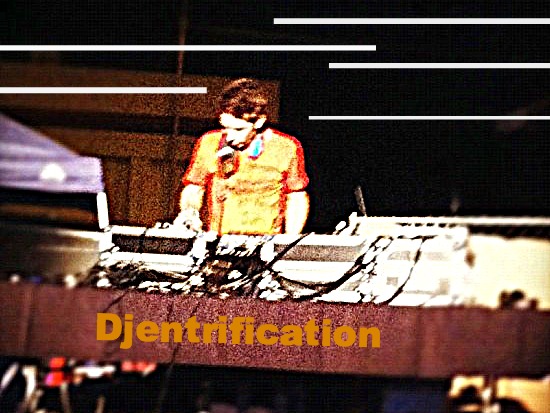 Arizona gets a lot of bad press. People around the country hear about us on the news and it’s never anything positive. All you hear is the asinine laws, proposed bills and extremist ideologies that set us back like 50 years. What’s going on in Arizona? But it ain’t all bad, all the time.

There’s quite a bit of good stuff happening here. It’s too bad that a handful of powerful people feel some kinda way about brown people and homosexuals. Because from my perspective, this is a real cool place full of accepting people creating community through food, music and art. I’m not a native of this place, though after 10 years, I do get kinda pissed hearing all of the negative rhetoric.

One thing you’ll notice right away, if you find yourself in Phoenix, is that most of the population is made up of transplants – folks born and raised here are hard to come by. But when you finally do meet a native, you’ll notice they’re damn proud to call this place home. One such individual is our friend Alex Votichenko, but you probably know him (or will get to know him) as Djentrification – Djents. I can’t think of another artist that reps this place as proudly, or has done as much for the local community as this man.

There are quite a few really good DJ’s here in Phoenix. Not club DJ’s, I’m talking skilled, technical, genre-crossing, mix-scratch-blend, vinyl first DJ’s. They’re out here. But there aren’t too many that do what Djents does. This dude doesn’t just blend genres, he bends the rules and fuses the most obscure records you could come across, keeping it interesting and keeping the people moving.

People who attend his Saturday night’s at The Palace or his longest-running-DJ-night in the area, 602’sdays, know what’s up. Dude gets eclectic…in a good way. There’s nothing average or ordinary in one of his sets.

We’ve been sharing meals with Alex for awhile (when we combine our talents, our nacho spread can’t be beat). During one of our sit-down meals, we took the opportunity to talk about a few of our favorite things. Here’s some of that conversation:

TKM: How would you say that food relates to creating music?

DJ: Mixing all these different elements. They can both be colorful, they can both sustain you. They’re both regional – each has distinct styles in different regions. If I had to choose one to do without, I’d definitely choose music.

People can have a really unique style of making food and there could be the same thing with music where no two people would create the same way. And if you heard some really wack music or terribly prepared food, it could make you sick.

TKM: What kinds of foods are you trying to gravitate towards?

DJ: Things that are freshly made that give me strength and energy. And food that’s affordable. Food that when I eat, it makes me feel good. Like, my favorite place that I’ve just been all about lately is this little Ethiopian spot on 17th St. and McDowell. I think it’s called African Spice. It’s just a tiny little spot and there’s a woman there – like a grandmother, they have a $5 vegetarian platter. It’s got like two or three different kinds of lentils prepared and greens, cabbage, carrots and it comes on that injera bread – which I guess is gluten free. I’ll get that when I’m running around and it’s enough for two people and it leaves me full and it’s all simple, good – like they say, “ital food.” That matters to me – the people making the food. I’ve been one of those people, growing up working in restaurants and been so rushed to put out the food, not having time to stop and think about who you’re making the food for.

TKM: Do you do that now?

DJ: I am sorta like that now. That act of giving food, whether you’re giving it or selling it, it’s one of the ultimate human experiences. You have someone’s life in your hands and it’s that sustinance. I’ll think about that – I want people to feel good and have energy and be sustained. I’ll almost make a prayer about the food. That it can give us strength to keep going. Supply that energy for creativity. I try to be present to the best of my ability. That Ethiopian spot is like that.

TKM: Everyone knows you make the bomb burritos. Tell us about getting started with that.

DJ: I became vegetarian when I was a teenager and my mom was worried I was gonna die of a protein deficiency or something. So, she was looking for vegetarian ways for me to get protein. She knew about this recipe for this cuban black bean soup. Later, I’d ask my mom about that recipe. I remembered we’d always have leftover beans in the fridge. My dad showed me the other thing, dalh. It’s so easy, cheap and healthy. There was this late night house party that I was DJing and I knew that there would be no food. I tried making pupusas but that didn’t turn out too well. I tried selling them at the house party but nobody bought them so I just ended up giving them away. A year later I was really broke and I needed to get money that day. So, I decided to try and sell burritos at 602’sdays to make the money I needed. I ended up making what I needed. And that was that. But the next week enough people asked me if I had the burritos again that I decided maybe I should do it again. It was a one time thing, but people still ask for them. There is a need for late night food. 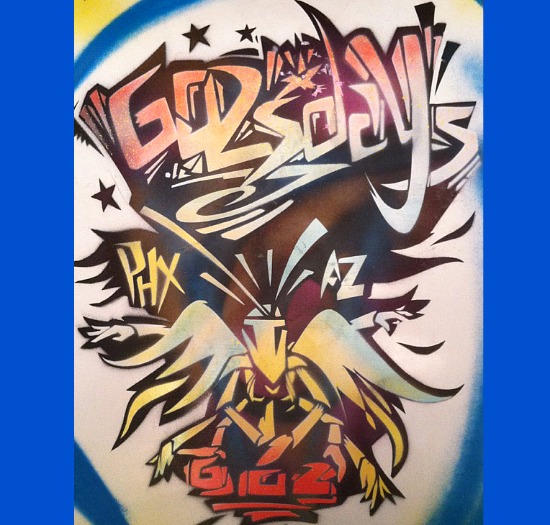 TKM: What can you say about the food scene in Phoenix?

DJ: Such good food. The Ethiopian spot, Tolteca on Van Buren, there’s a whole bunch of international restaurants on 19th Ave and 27th Ave between Thomas and Bethany Home. Lots of good stuff. On 68th St. and Thomas there’s some really great spots. There’s a Cambodian spot on 12th Pl. and Indian School Rd. It’s quite affordable, nice and it’s ran by this friendly guy and his mom. There’s good food out there.

DJ: Burritos are an excellent tool for fundraising! There’s been times where people have asked me to DJ a fundraiser but because I’ve been working so much, I would donate like 20 burritos and help them raise $100 in that way. I’ve found that to be an effective way to raise money.

In a lot of other countries – a street vendor fulfills a position in society. A necessary, needed position. In our country people look down on it. But it’s actually an important thing. In Vietnam, Korea, Mexico there’s people selling food everywhere. They’re people you can trust. You see them everyday, they have good product, it’s affordable and it’s there when you need it. There’s people that are making the food and selling it themselves as opposed to this whole chain of command thing. It reinforces the connection of life in the community. 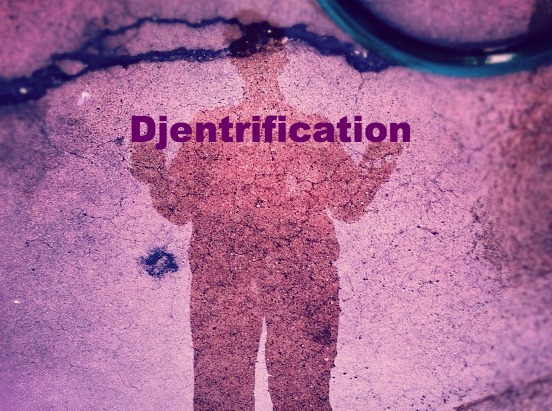 There aren’t a whole lotta people here, or anywhere, that are doing more to get the community together than this man. He’s all about the Zulu Nation tenants of Peace, Love, Unity and Having Fun. For a few years, Djentrification was putting on these family music-in-the-park events that really brought people together. He’s always volunteering his time and creativity to help the community. If you get a chance to catch one of his late night gigs, do not pass on that opportunity. He is one of my absolute favorite Dj’s. To stay up on everything that he’s got going on (which is quite a bit) follow him on facebook or check out his dot com.

Make plans for a Tuesday or Saturday night:

THE PALACE at The Filmbar goes down every Saturday night.
This night is focused on International Music of all sorts and is Located at The Filmbar movie house and lounge on 2nd St. just South of Roosevelt St, Downtown Phx.
No Cover, 21+ Solid sound and weekly guests.

Ask me how my fall break was, my week off from work…  My answer – “nothing but sunshine and…