Music lovers take heed, there’s some serious electro-soul comin’ straight outta Brooklyn. Consider this the alarm after you’ve already hit snooze. I’ve said it before, in last year’s best of 2012, and I’ll say it again…denitia and sene (no caps) are putting out some beautifully DOPE music!

Last year I had their EP blah, blah, blah taking up considerable musical real estate here in the Mix. And just so you wouldn’t think I was kidding I went on to post a few of their videos on our FB page. Now I’m here to let you know that the main course has just been served. It’s called His and Hers. and it’s everything I hoped it’d be. It’s been a constant musical companion for us since its release. What did the guy in the Slap Chop infomercials say? Stop having a boring life? Well, yeah. Stop having a boring life. Cop this goodness. It’s good to chill to, cook to and maybe even walk a dog to (haven’t tried, don’t have a dog…but you get the idea).

If you’re still not sold, you can stream the album in it’s entirety here.

I’ll just leave you with a few of their videos to hold you over until your tax return comes in and you’re ready to make that purchase.

Also, if you haven’t heard their solo stuff…it’s pretty solid. I learned about their projects together because I’m a fan of Sene’s raps. Check’em out, see what you think. 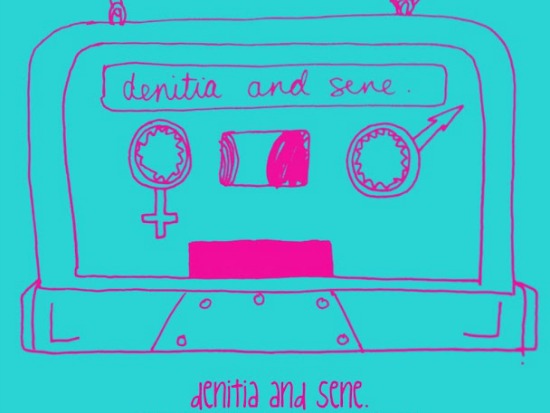